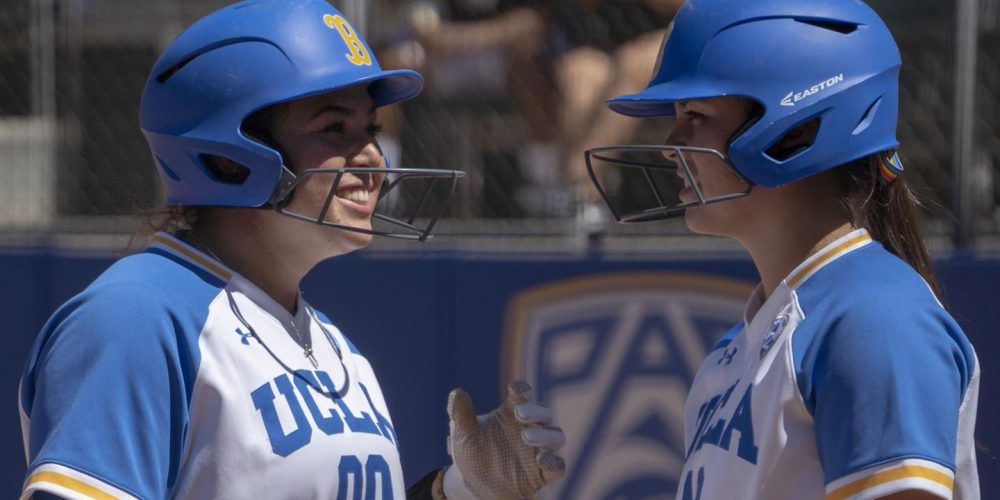 UCLA and Arizona on Thursday announced that Rachel Garcia, Bubba Nickles and Dejah Mulipola will be returning for the 2021 season.

All three seniors are members of the USA Softball Olympic team. They redshirted the 2020 season to train and tour with Team USA ahead of the Tokyo Olympics. But once the Olympics were postponed until 2021 because of the coronavirus pandemic, their collegiate return remained up in the air.

Garcia, Nickles and Mulipola will compete with their college teams in 2021 before returning to Team USA for the Olympics, which are scheduled for July 23-August 8 of 2021 in Tokyo.

“It’s such a blessing that I not only get to return this upcoming year to play my last season with some of my best friends, but also that I get to train for the 2021 Olympics in addition to it all,” Mulipola said in a school release. “I’m looking forward to being back in Tucson and I’m excited for my senior year with the best coaching staff and fans in the world.” 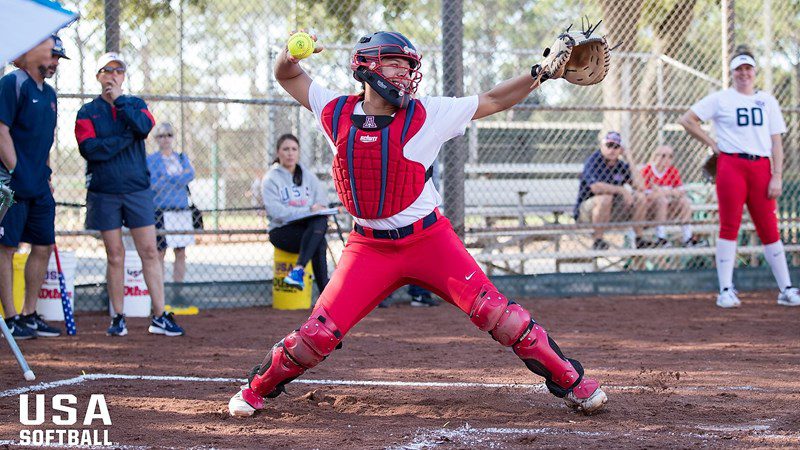 All-American Dejah Mulipola has been a three-year starter at catcher for Arizona.

Garcia and Nickles helped UCLA win the 2019 national title before being selected to represent the U.S.

Garcia went 29-1 in the circle with a 1.14 earned run average and 286 strikeouts in 202 innings. At the plate, she hit .343 with 11 home runs and 57 runs batted in. Garcia was named the Most Outstanding Player of the 2019 Women’s College World Series and earned national Player of the Year honors from USA Softball and the NFCA. She was also the Honda Cup winner for Collegiate Woman Athlete of the Year.

“I am beyond proud and blessed to be able to compete with my Bruins next season and still represent our great country in Tokyo 2021,” Garcia said in a school release.

Nickles led the Bruins with 18 home runs, 72 runs batted in and ranked second with a .390 batting average and 66 runs scored in 2019. She was named to the All-Tournament Team at the WCWS, producing seven hits in 20 at-bats (.350) with two homers, three RBI and seven runs.

Nickles told D1Softball she had been discussing her return for the last few weeks with the UCLA coaches, USA Softball head coach Ken Eriksen and UCLA academic advisors.

“It started to become more official once we found out what the training would look like for the USA team,” Nickles said. “My academic advisors recommended, if I had the ability, it would be best just to catch up with school. It’s just a great opportunity to come back and finish my senior year with all the other seniors.”

All three players can benefit from having college coaches with experience as either Olympic players or coaches to help them prepare for Tokyo while competing for their schools.

“Lisa Fernandez is obviously the GOAT and she has played in the Olympics before and our other coaches understand what it takes,” Nickles said. “They were helping us even before we started training with USA, so it’s an incredible opportunity to keep working with them. They are just as knowledgeable in so many aspects.”

In a social media post after the schools announced Garcia, Nickles and Mulipola were returning, USA Softball said: “Given the uncertainty during these unprecedented times, USA Softball encouraged and supports the three current student-athletes returning to their respective NCAA programs to complete their senior campaigns in the 2021 season.”