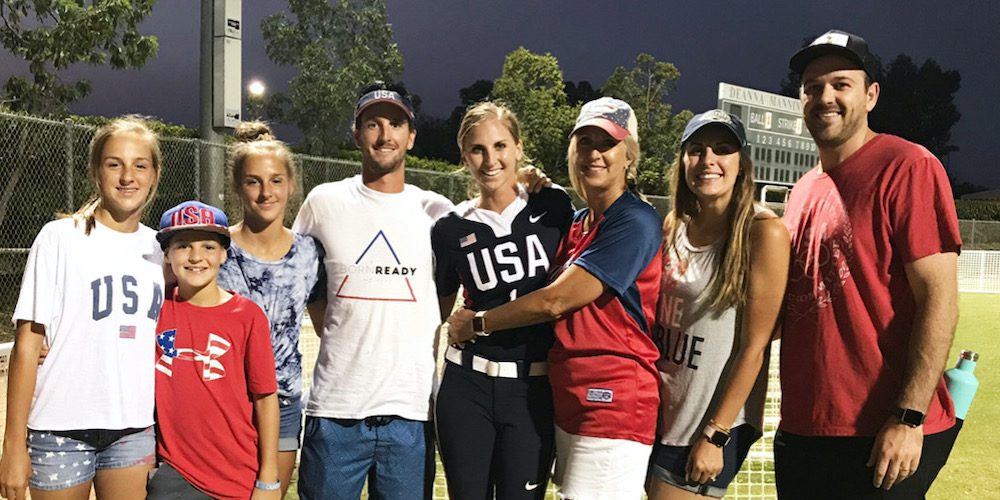 OKLAHOMA CITY – Aubree Munro sent a text message to her mom and older sister the night before the 2020 Olympic softball roster was scheduled to be released.

Munro’s parents divorced when she was young, and for a while it was just the three of them together.

Munro wanted to make sure they would be awake last Sunday morning when USA Softball sent the email to the players at 8:30 a.m. CT.

As soon as Munro saw her name on the roster, the catcher FaceTimed her mom and sister to experience the moment with them.

“My mom has been the biggest supporter I could ever have, and she really fostered my love for sports. When she told me she was proud of me, that is when it really hit me,” said Munro, a Florida graduate. “That is when it was total waterworks, and my sister was a wreck too.”

Learning they made the Olympic team was a life-changing event for the 15 players and three alternates selected to Team USA.

Technology has enabled players to reach more people on different platforms since the first time an Olympic softball team was announced in 1996.

But being able to share the news with the most important people in their lives first made last Sunday even more special.

Since they were in a hotel in Oklahoma City, the players had to call their parents, significant others, siblings, coaches and close friends.

They are the ones who’ve provided unconditional love and support through the good and bad times. The ones who pushed them to be their best and helped them stay strong when they felt at their worst.

They accompanied them on long car rides to games and practices and made hefty financial investments to let them to pursue their dreams.

They stood in the cages for late-night hitting sessions and played catch with them for hours in the yard.

Delaney Spaulding comes from a softball family. By age 5, the UCLA graduate always made sure her father woke her up to watch the Olympic team play in the middle of the night in foreign countries. She dreamed about wearing USA across her chest and pursuing a gold medal.

Once Spaulding found out she would now be on the team little girls would beg to watch play, she immediately FaceTimed her parents.

“They have been a part of this journey just as much as I have. They have sacrificed maybe even more than me financially and with their time,” Spaulding said. “They obviously want the best for their child, and I knew it would be a special moment to share it with them.”

Spaulding didn’t even need to wait until hearing their voice to get emotional.

“I was bawling my eyes out before the email was sent just in anticipation of the good news or bad news,” Spaulding said. “Once I read it, I was crying even more. Then, when I saw my parents’ reaction, we were just all crying. It was an amazing feeling.” 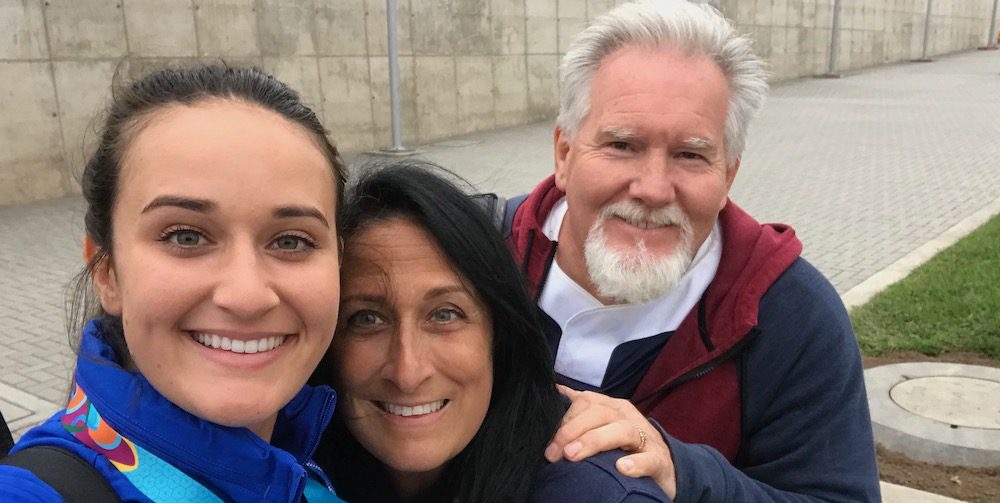 Delaney Spaulding had a memorable selection to the USA Olympic Team. (USA Softball)

Five minutes before the email arrived, Haylie McCleney was the phone with her fiancée. The Alabama product wanted to find out with her on the line.

“She has been the biggest part of my life for the past few years,” McCleney said. “I was really in shock at first, and then I felt like was walking on air and kind of like floating for the rest of the day. It didn’t even feel real. It literally does not seem like real life. My life completely changed with one email I got at 8:30 in the morning. It’s crazy. It’s insane.”

Val Arioto has been with USA Softball for the last 10 years and remained loyal to the national team even without the promise of the sport ever returning to the Olympics.

Her parents stood right by her side, cheering for the 30-year-old Cal graduate every step of the way as she represented Team USA. The first call was to them.

“They have been on this journey with me,” Arioto said. “Obviously, anyone who is in the softball world or sports in general knows how much sacrifice is involved. They took me to all my games and all my practices and supported me on the ups and downs and everything else in between. It’s been quite a ride. They were excited to start with when I called, and it just got more emotional for us all.”

Michelle Moultrie, another longtime loyal USA Softball member, felt just as much satisfaction telling her father about her Olympic selection, even if the tears didn’t flow as much.

Moultrie’s father has been her coach since she was 12, and the 29-year-old Florida product still trains with him whenever she returns home.

“It was really important to him. He is all in on my softball, so it was just really special to call him and tell him I made it,” Moultrie said. “My family is not super expressive, so it was more like a relief after such a long journey. This was the biggest thing that ever happened and I’m just so grateful I made it.”

Rachel Garcia is an only child, and her parents were anxiously awaiting her call back in Southern California. Garcia’s father was preparing to leave for work and had just brought her mom’s cell phone into the room when it rang.

“She put me on speakerphone, and I don’t even know if I got out ‘Hey mom’ before I started crying and I heard her voice crack a little bit too,” Garcia said. “That’s when we just let it go and let it all out. It was a really special moment for us.” 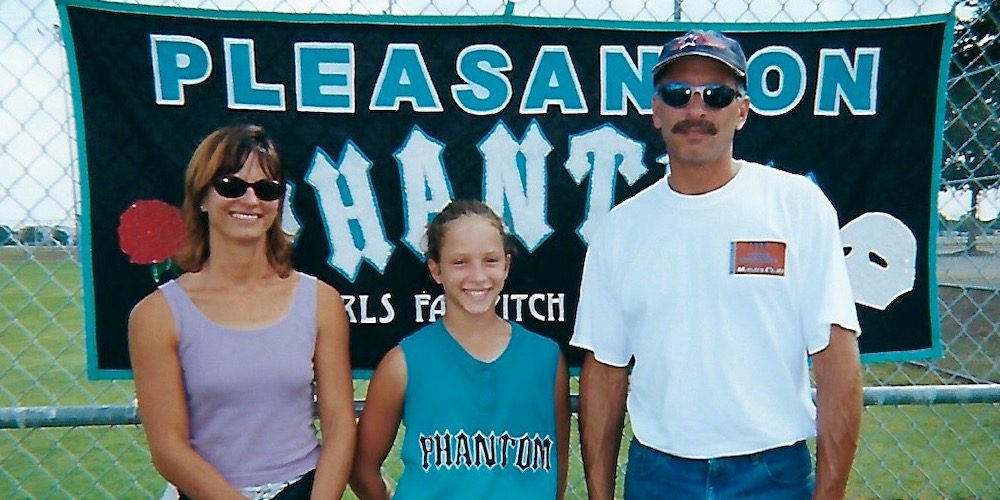 Val Arioto is living a dream she had as a little girl playing softball.

Although every other player on the roster was experiencing being named an Olympian for the first time, pitchers Monica Abbott and Cat Osterman had been through the experience before.

Abbott, a two-time Olympian called her sister, Bina, to share the news, and received a call from her former college catcher at Tennessee, Shannon Doepking, and her longtime coach Mike Steuerwald, who are both coaching at Syracuse.

Osterman devised a contact strategy to ensure fairness after receiving her third Olympic selection email. The dynamics in her life have changed, and the 36-year-old Texas graduate is now a wife, stepmother and coach.

“I actually texted my family in a group text because then I didn’t have to decide who I was calling first – my husband or my dad,” Osterman said. “Because that is a big war that I don’t know if I would have won either way.”

As the week progressed, the players were able to reach out to more people who played a role in their journey to becoming an Olympian. They responded to congratulatory messages and tried to return voicemails.

But they will always remember that first call they made and how special the moment felt to know they were officially Olympians.

“I don’t think it’s soaked in yet to be honest,” Arioto said on Monday. “I think later this week it might set in when I am on my own and able to sit with it. It’s just a really cool feeling. I think the coolest thing is I get to do it with my teammates, who are just awesome people and my closest friends.”