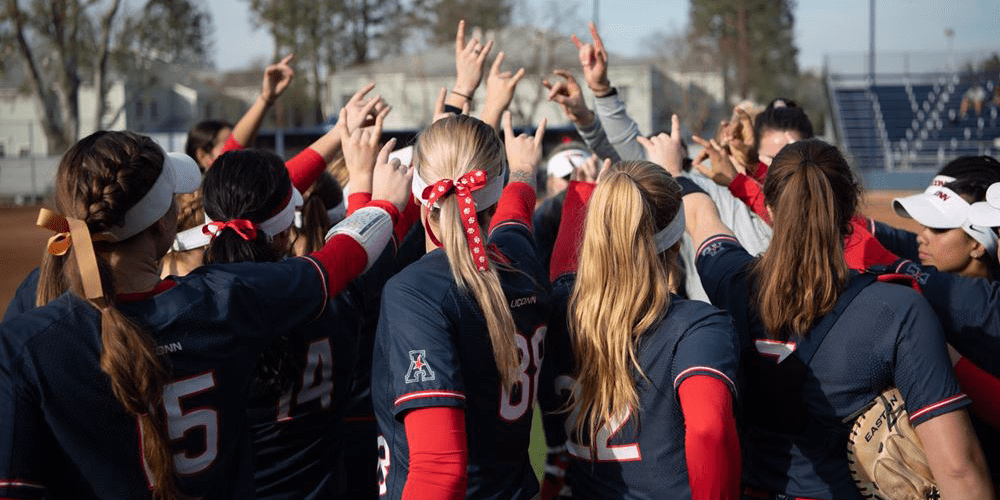 Each week, D1Softball editors Rhiannon Potkey and Tara Henry take a look at five teams that raised their profiles over the past week. Which teams are On The Upswing? It’s time to find out:

WKU ranked 31 in first RPI of season and was on a 10-game winning streak until suffering a 5-4 road loss on Tuesday night to UT-Arlington. The Hilltoppers swept their first C-USA series against Middle Tennessee last weekend. WKU returned its entire pitching staff, with senior Kelsey Aikey (10-2 /1.14 ERA / 31 BB/ 115 SO / 78.1 IP) shouldering the majority of the innings followed by Shelby Nunn and Kennedy Sullivan. WKU’s offense hot is as well, led by Taylor Davis (.443) and Kennedy Sullivan (.428) with 28 runs batted in on the season. Sullivan is tied with two other Hilltoppers – Paige Carter and Kendall Smith – with five home runs on the season. The Hilltoppers face a big test of the season this weekend against a hot North Texas team.

The Bulldogs are riding a 13-game winning streak heading into conference play, picking up their fourth regular-season tournament championship last weekend. State went 5-0 with key performances from Annie Willis and Emily Williams in the circle. However, the Bulldogs have yet to pick up a win against a ranked opponent, which is surprising considering their national RPI sits at 20. The Bulldogs have played two-thirds of their games at home and will host  Kentucky in Starkville this weekend for their first SEC series.

Cal State Fullerton is off to another strong start as it heads into conference play this weekend. The Titans are led in the circle by senior right-hander Sophie Frost, who just picked up Big West Pitcher of the Week for her four appearances, two starts and 0.00 ERA in 18.2 inning of work. Frost held opponents to a .176 batting average with 20 strikeouts and just three free passes. She threw a complete-game shutout last week against Top 25 teams and totaled 18.2 innings without allowing an earned run. The Titan offense is led by freshman Megan Delgadillo (.411) and senior Zoe Richard (.353). Cal State Fullerton faces UCF for a midweek game and hosts the Easton Invitational at home.

The Huskies have won 6 of their last 7 games, including a sweep of JMU and a split with Cal at the JMU Invitational last weekend. All of their 21 games have come on the road or at neutral tournament sites, with their home opener scheduled for March 25th. The pitching staff has been key for UConn, with a combined ERA of 2.01. Marybeth Olson is 10-0 with a 1.46 ERA, 84 strikeouts and 10 walks. Meghan O’Neil is 5-3 with a 1.53 ERA. Briana Marcelino leads the offense, batting .348 with four home runs, eight doubles and 24 RBIs. Olivia Sappington (.339) has five home runs and 21 RBIs. UConn plays in the St. John’s Invitational this weekend.

The Owls are led by two-time ASUN player of the week Katie Greep. Greep is batting .431 with five doubles and four triples on the season.  Senior Brea Dickey, who transferred to Kennesaw State after her sophomore season at Georgia, is batting .443 with 15 runs batted in and 11 stolen bases. The Owls have a large pitching staff with five in the rotation and open up ASUN play this weekend against Florida Gulf Coast University.