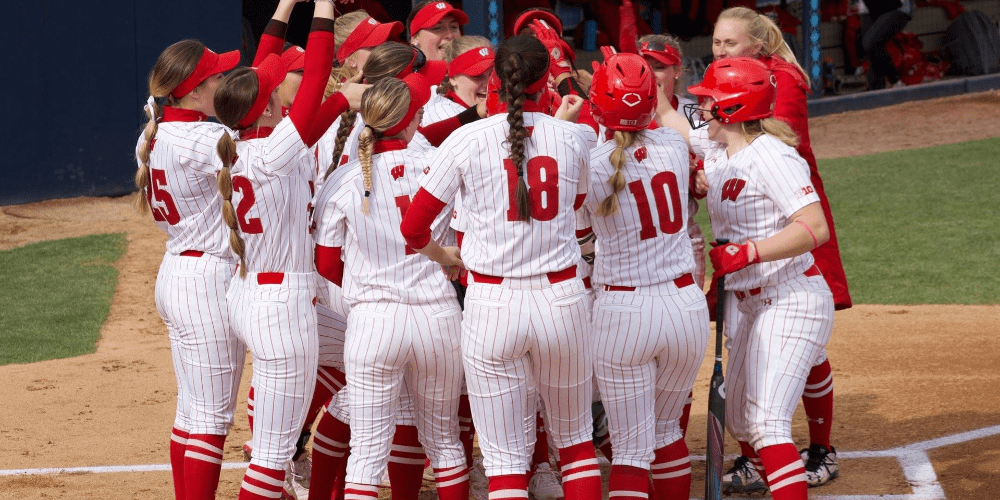 Each week, D1Softball editors Rhiannon Potkey and Tara Henry take a look at five teams that raised their profiles over the past week. Which teams are On The Upswing after the third week of the season? It’s time to find out:

The Badgers are on the cusp of becoming a Top 25 team after an impressive weekend at the Mary Nutter Collegiate Classic. After two walk-off losses to No. 2 Washington and No.1 UCLA, Wisconsin upset No. 6 Oklahoma, 4-3. Expect the Badgers to break into the Top 25 if they have a successful weekend in Tempe, Arizona.

The Hawkeyes have the best Big Ten record through Week 3 and are on a six-game winning streak. However, their strength of schedule has kept them from breaking into the Top 25. Their losses have come against Virginia Tech and Georgia Tech. Freshman Nia Carter batted .744 (10-14) in five games with four RBIs at the Hawai’i Invitational.

Duke handed Texas its first loss last week 1-0 by thwarting a threat with two outs in the bottom of the seventh. Duke’s two losses have come against No. 25 UCF and Lipscomb The Blue Devils are another unranked team sitting at the top of a Power 5 conference knocking at the door.

UNT beat Louisiana on opening weekend and suffered a one-run loss to Texas in a mid-week game. Hope Trautwein (7-1 .70 ERA, 72 strike outs, 21 walks) has been stellar in the circle for UNT, picking up two Conference USA honors in three weeks. The Mean Green went 4-0 for the second straight weekend as they head to Oklahoma for a bigger test.

The Bulldogs went undefeated last weekend at the Fresno State Invitational with wins over UCSB, Chicago, Ohio State and Pacific. The offense leads the NCAA in triples (19) from eight different players. Their three losses are to Power 5 schools, including Florida and Stanford, with a potential drop dead tie which turned into a walk-off win for Michigan. The Bulldogs are gearing up for a challenging weekend at Judi Garman, facing two ranked teams and tournament host, Cal State Fullerton.

〈
Previous Article D1Softball's Matchup Of The Week: Texas Heads to UCLA
Next Article High Expectations Extend Beyond the Field for UCF
〉