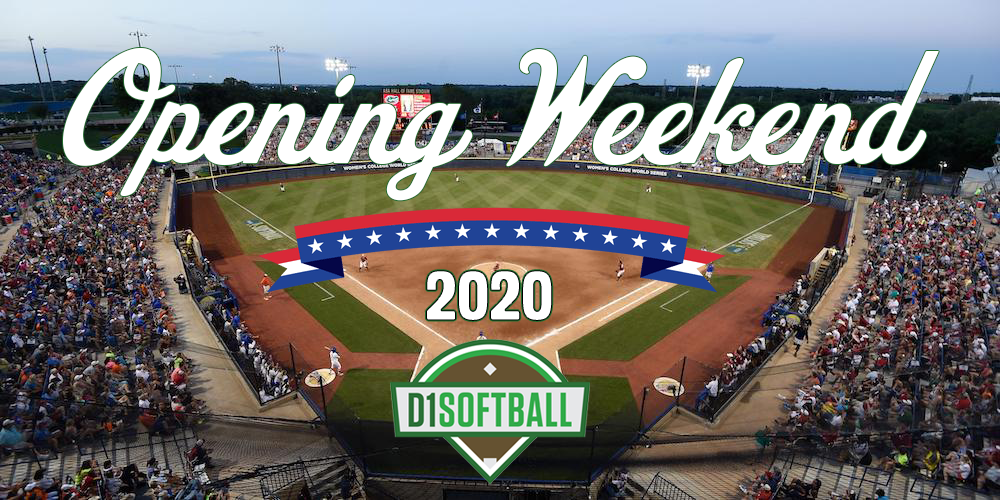 1. How does defending champion UCLA come out of the gate?

Losing players to graduation is inevitable in college sports. And coaches plan for that in recruiting. But you can’t plan to lose two key starters to the U.S. Olympic team, and that’s exactly the task that’s facing UCLA this season. With Rachel Garcia and Bubba Nickles off with Team USA for the 2020 season, it will be interesting to see how the Bruins face this challenge.

2. As the transfer portal turns

Some consider it a blessing, others consider it a curse. But no matter how it’s viewed, the transfer portal is having a big influence in softball. Fans will get a chance to see transfers in their new uniforms for the first time this weekend. With many players coming and going, it can be hard to remember how many left and where they went. A few of the notable transfers: Megan Kleist (Oregon to Louisiana), Mariah Lopez (Oklahoma to Arizona), Alexis Mack (Oregon to Alabama), Carrie Eberle (Virginia Tech to Oklahoma State), Caylan Arnold (Tennessee to Florida State), Brooke Yanez (UC Davis to Oregon), Baylee Klingler (Texas A&M to Washington). This is just a very short list. There are many, many others to watch as well.

How many home runs will Jessie Harper hit at the Kajikawa Classic? Harper enters her senior campaign at Arizona chasing Lauren Chamberlain’s career home run record set back in 2015. Harper needs 29, matching her 2019 numbers, to tie the record and 30 to surpass the home run queen. Will the loss of Dejah Mulipula (.311/.468/.766) help or hurt Harper? Where will she hit in the lineup? The Wildcats face Kansas, Seattle, Portland State, Western Michigan and No. 14 Tennessee. 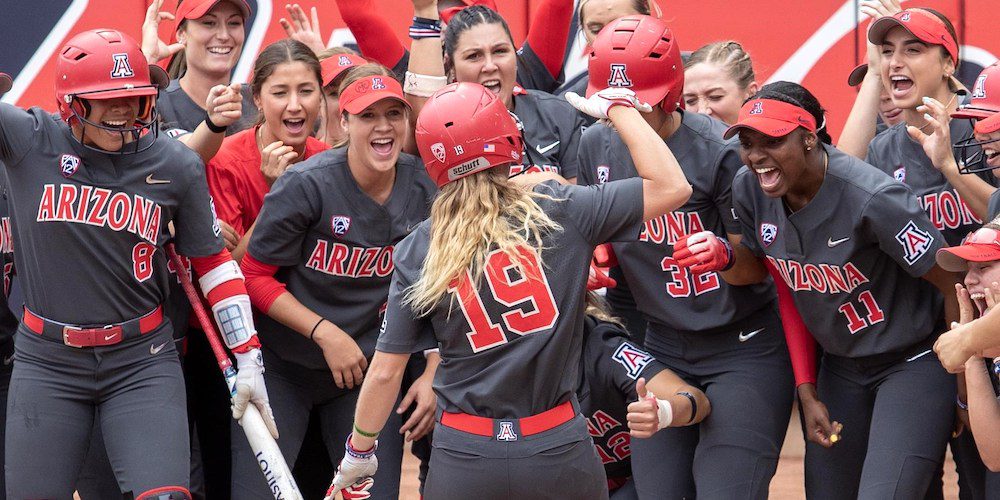 Jessie Harper looks to have a huge weekend for Arizona. (Arizona photo)

4.Who’s going to be the big winner at the NFCA Leadoff Classic?

While this tournament doesn’t have a declared “winner,” it features a number of top teams, and four (including Team USA) that will play two weekends in a row at the Eddie C. Moore complex in Clearwater, Fla. (Liberty, Minnesota, and Missouri, plus Team USA, will also compete at the St. Pete/Clearwater Invitational Feb. 13-16)

The No. 8 Gophers are the top-ranked team at the Leadoff, and will face off against No.15 Kentucky on Sunday morning, the top match-up of this opening-weekend tournament. The third-ranked team in the field of 16 is Ole Miss (25/21). The Rebels are scheduled to play Louisville, NC State, Illinois, Notre Dame, and Liberty on opening weekend.

For the first time in more than 10 years, Florida will not have a returning All-American in the circle. The Gators will have to find a new approach this season to replace the past four years of steady dominance from Kelly Barnhill. Expect to see a by-committee effort at the start with all five members of the staff contributing. Florida is hoping freshman Rylee Trlicek can develop into a clear-cut ace and No. 1 starter. But it’s hard to pin high expectations on young player adjusting to the college game. It may take Trlicek and the Gators some time to figure out their new reality with some trial and error along the way.

The NCAA rules committee implemented a pitching rule change for the 2020 season allowing the back foot or “stride foot” to be off of the rubber. Pitchers must start with their hips square to the plate at the beginning of their motion but can place their back foot anywhere on or behind the pitching mound. Are we going to see more velocity? Which athletes will change their starting position? Numerous Division I coaches are concerned with how this rule will be interpreted and enforced. How are the umpires going to react? Keep an eye on this throughout the season as this rule could be a game changer.

Tara Henry wrote on the rule change this past fall. You can read that story, here.

There is a reason softball staffs have become quasi-meteorologists. Tracking storms has become as important as tracking pitches during the season. Weather will be an issue across the country on opening weekend. Although many teams escape to warm-weather locales like California, Florida and Mexico for early-season tournaments, not everyone will be immune from weather delays. Teams will have to exercise patience in travel and during games. On the bright side, players can get an early jump on perfecting their rain delay dances to share on social media. Stocking up on food and water is always advised.

Games, games and more games. ESPN networks just announced the 2020 Regular Season Softball Schedule which includes 1600 plus games on television and digital networks. For softball fans, this is no surprise as last season, viewership during the regular season was up 40 percent over the ESPN networks. The 2019 WCWS averaged one million viewers, with an increase of 20 percent year over year.

The 2020 coverage kicks off on the Longhorn Network beginning at the Texas Classic in Austin, Texas. The first game on ESPN2 is No. 1 Alabama vs. No.2 Washington at the St. Pete Clearwater Elite Invitational on Thursday, February 13th. Happy viewing!

You can check out ESPN’s full schedule, here.

Clemson will be playing the first softball game in school history on Friday against St. John’s at the UCF Black & Gold Classic in Orlando. Read all about how Clemson reached this point in this column.

10. Stand Beside Her Tour Commences

Team USA kicked off the Stand Behind Her Tour against the University of South Florida this week. U.S. Women’s National Team Coach, Ken Eriksen, is currently on leave from USF with former Team USA member, Jessica Moore, taking over as head coach of the Bulls.

Team USA is in Clearwater, Florida this weekend with games against Mississippi State, Illinois, Baylor, Kentucky and Texas State. Who will score the first run against the eagles?