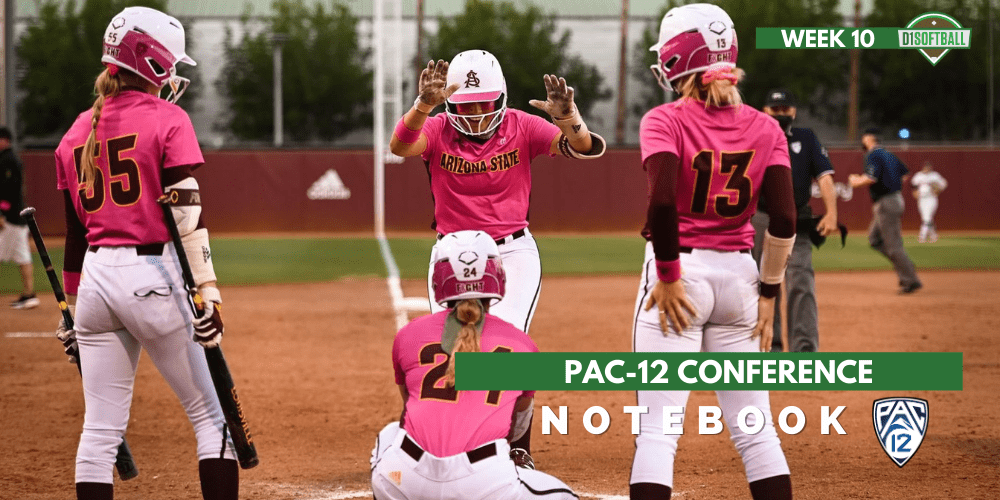 In-state rivals Arizona State and Arizona squared off at Farrington Stadium in Tempe, Ariz., in a four-game set, three of which counted toward the Pac-12 standings. After the weekend, Arizona State (28-11, 9-6) moved to third place in the Pac after collecting its first conference sweep against Arizona (27-8, 6-5) since 2012. The Sun Devils dropped the second game of the doubleheader, which did not count toward conference play.

Using Allison Royalty (8-4) and Lindsay Lopez (13-4) as a one-two punch, the Sun Devils subdued an explosive Wildcat offense hitting .323 on the year. The pair held the Wildcats to[…]