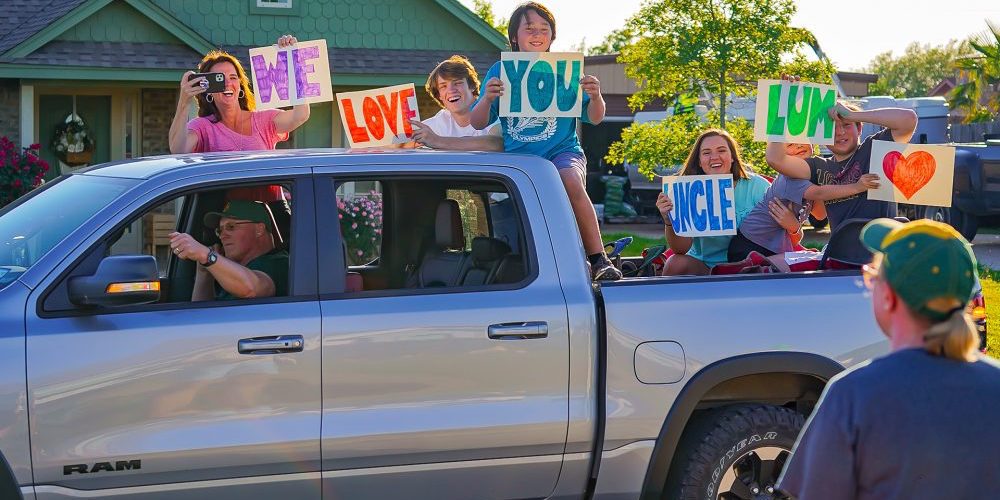 Mark Lumley walked outside his house expecting to find Baylor head coach Glenn Moore waiting with a delivery. Instead, the longtime Baylor assistant saw a police cruiser slowly driving by with sirens blaring.

Lumley’s close friend, Kyle Heard, had organized a parade in Lumley’s honor. The 64-year-old Lumley is battling cancer for the fourth time. It was discovered just before the season was abruptly canceled because of the coronavirus pandemic.

Lumley’s wife, Stacey, devised a plan to get Lumley outside their front door by 7 p.m. last Thursday night for the surprise parade. She expected maybe 10 cars to take part. She got 20 times that.

As they sat and watched the vehicles stream past with people yelling words of encouragement and waving inspirational signs, Mark and Stacey were floored.

“It was just overwhelming for all of us. He was emotional throughout the whole thing,” Stacey said. “Just to see how many people love and support him and want him to get better was very special.”

Heard contacted Moore with the idea for the parade since social distancing has prevented many from seeing Lumley in person and cancer has robbed him of his voice.

They wanted to keep it a secret from Lumley, and began sending out information privately to as many people as possible.

The vehicles all met in the parking lot at Brookshire’s grocery store in Robinson, a suburb of Waco. Moore estimates nearly 1,000 people were involved in the parade, including Baylor athletic director Mack Rhoades and men’s basketball coach Scott Drew. 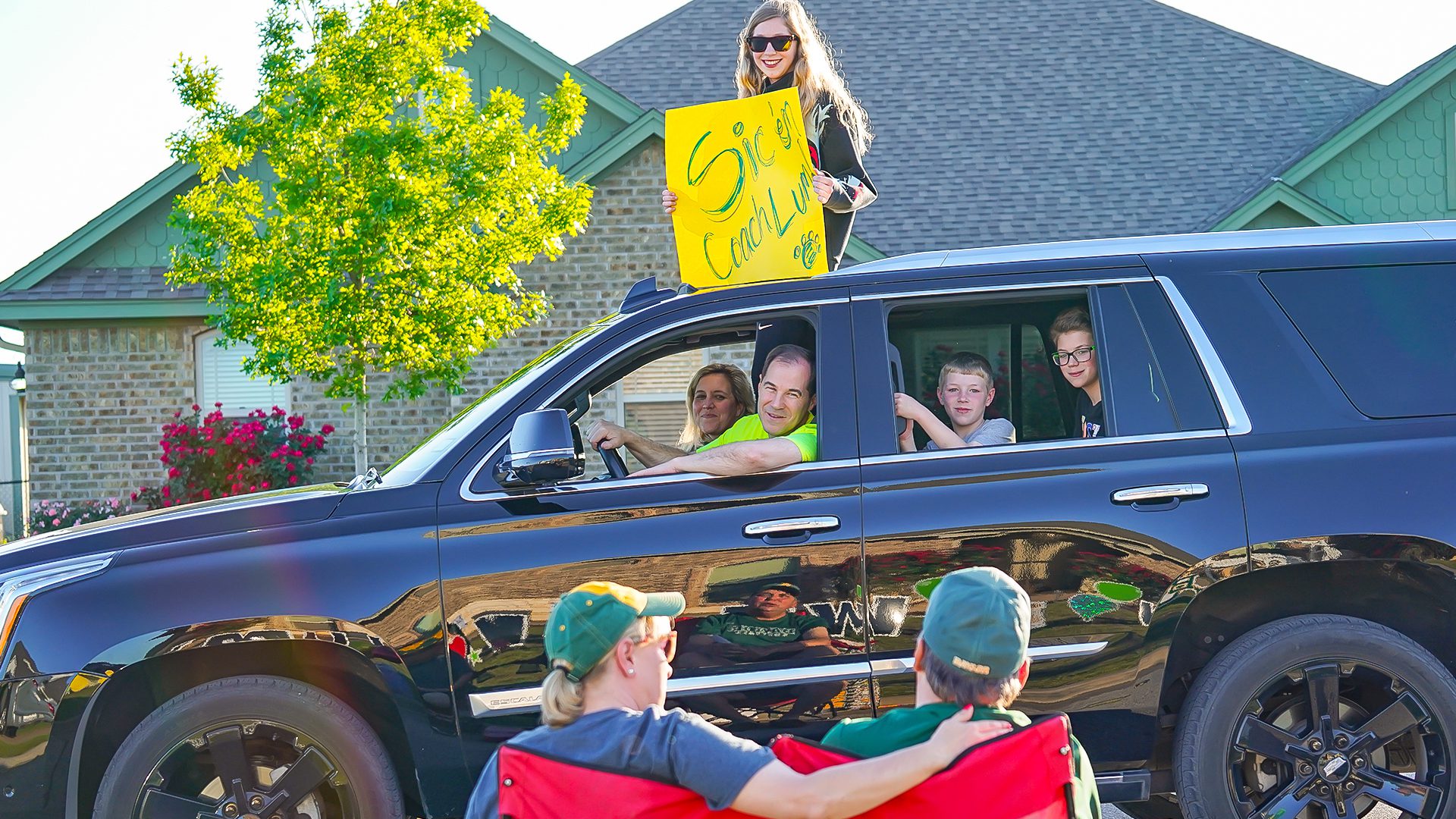 As the vehicles slowly made their way down the street, Lumley’s neighbors stood outside of their homes clapping.

“It was quite an experience to be a part of that,” Moore said. “Lum is an emotional guy anyway, but he cried buckets of tears when we showed up. It just shows you the goodness in humanity that is still there. Sometimes we doubt it, but people are genuinely good.”

Lumley, the father of two high school boys, was first diagnosed with prostate cancer in 2007. In 2015, doctors discovered cancer in his lymph nodes. Three years later, he was diagnosed with colorectal cancer.

During spring break this year, Lumley’s back started hurting the morning Baylor was scheduled to travel to Houston. He visited the doctor and cancer was found in his vertebrae.

After undergoing radiation, Lumley was hit with even more sobering news.

He thought he had a sinus infection when he became congested and lost his voice, but a scan revealed cancer in the lymph nodes of his neck.

“When you see someone fight through what Lum has to fight through and still have such a positive attitude and still look for ways to help, it really just shows the type of character he has,” said Baylor pitching coach Britni Newman. “He deserves all the support he can get because he’s given so much to others.”

Lumley coached Newman (then Britni Sneed) at LSU during her All-American pitching career, and they have been on the staff together at Baylor for the last 17 years. She joined the parade with her husband and two young children.

“I got chills and it brought tears to my eyes to see how much Coach Lumley means to so many people,” Newman said. “Everyone else I talked to felt the same emotions. It seems so simple to just drive down the street, but it was so dynamic.” 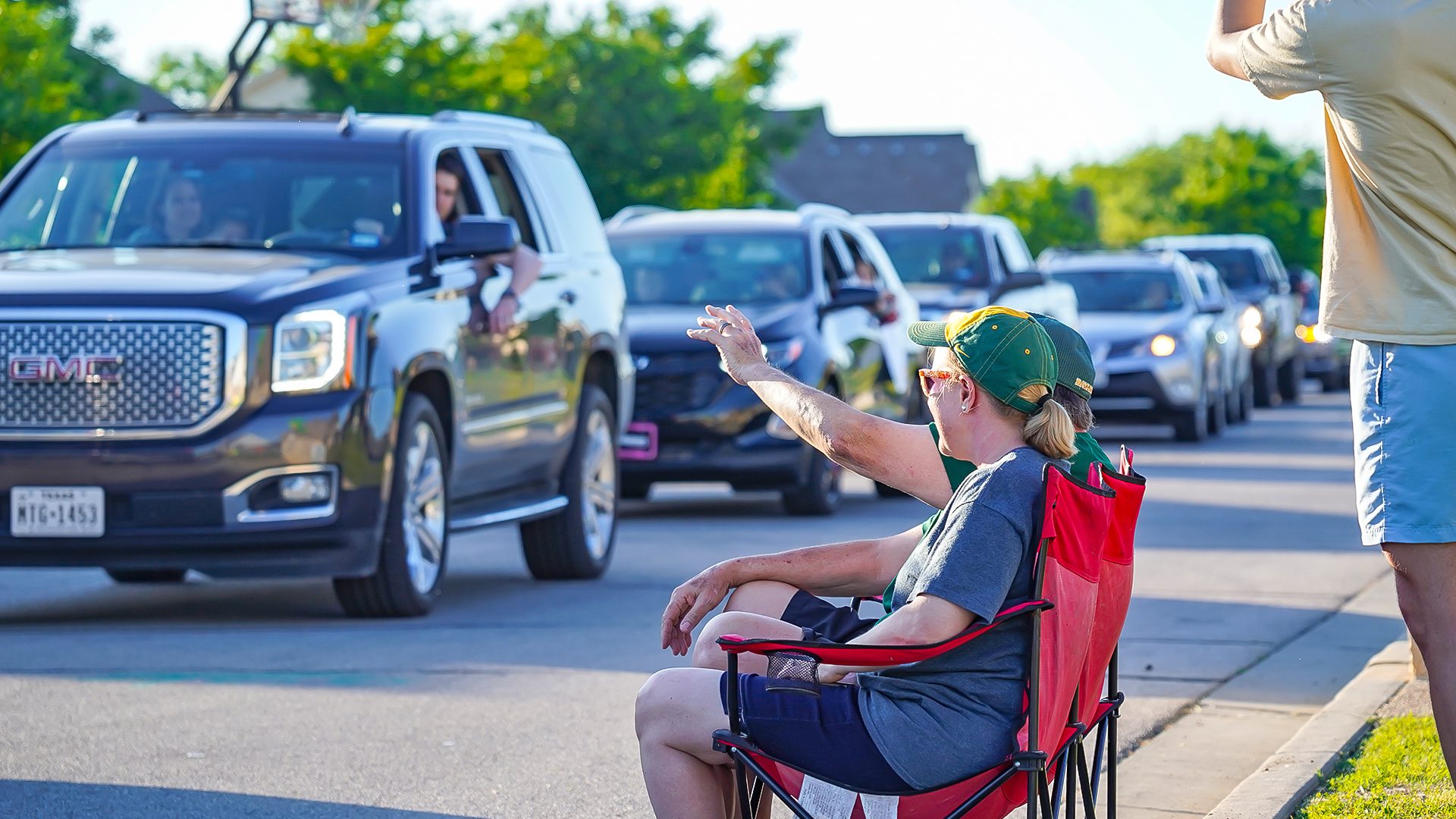 Kyla and Kayce Walker drove well over an hour to take part in the parade. Kyla was a graduate student on this year’s Baylor team, and Kayce was an All-Big 12 outfielder for Baylor from 2009-12.

Kayce shifted her work schedule around once her sister told her about the tribute to Lumley.

“While I was playing at Baylor, we were family. And no matter what, family is always there for one another,” Kayce said. “I knew that if the tables were turned, Lum would have dropped everything and would have been there for me. That is just what family does.”

Moore knows the parade could have stretched miles longer if everyone Lumley has touched was involved. Many others wanted to take part, but distance or work prevented them from coming.

“He is one of the most beloved coaches in the nation. The girls often call him a rockstar because everywhere we go so many people are talking to him and come up to him,” said Moore, who has coached with Lumley for 22 years and considers him like a brother. “He is just a genuinely good guy who would give you the shirt off his back. He literally would do anything for anybody in need. He loves the profession of softball and helping kids.”

For a coach that revels in communicating with players, losing his voice has been frustrating for Lumley. The Baylor staff is holding video calls with the team this week to review the shortened season, and Lumley can only listen. He’s provided written notes on each player that Moore and Newman read. 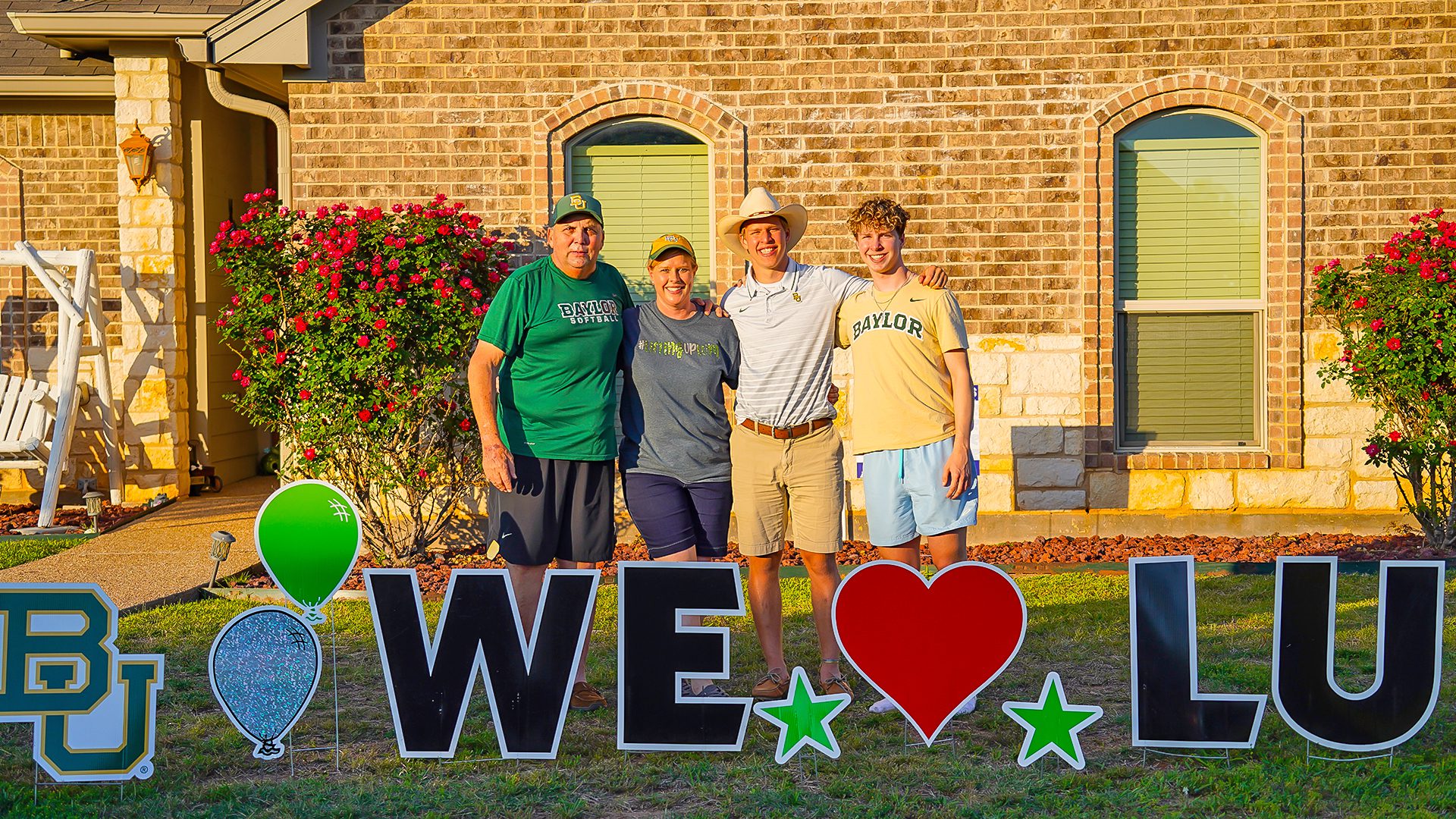 Lumley will begin radiation for the cancer in his neck on May 4th. The parade gave him an emotional boost and uplifted his spirit.

Like a batter fouling off bad pitches to get a hit, Moore is confident Lumley can win the battle with cancer yet again.

His resilience has inspired everyone at Baylor, and they were happy to shower him with love in his time of need.

“They say attitude is a difference maker when it comes to fighting cancer,” Moore said. “After you have been knocked down so many times, it’s hard to keep getting up. But we are going to help him get back up and fight so much more.”