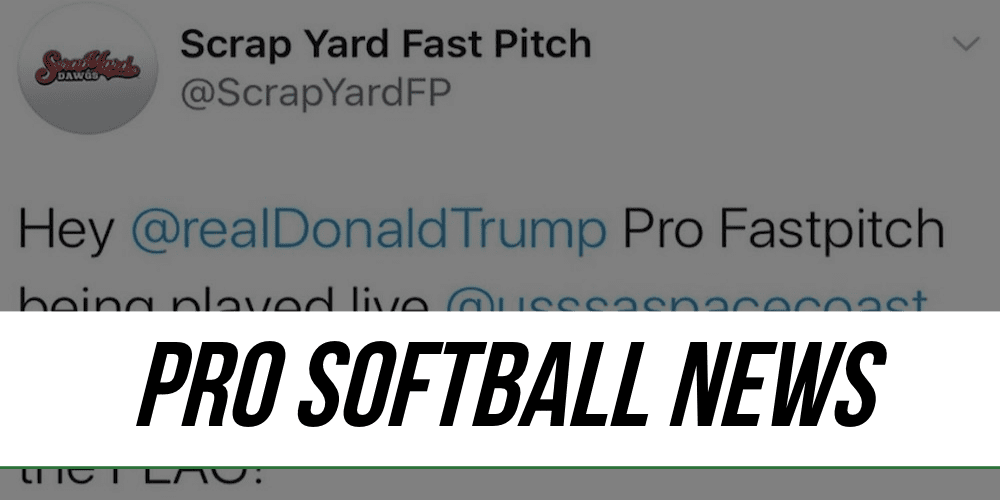 Opening Day for professional softball was overshadowed and tarnished by a single tweet. 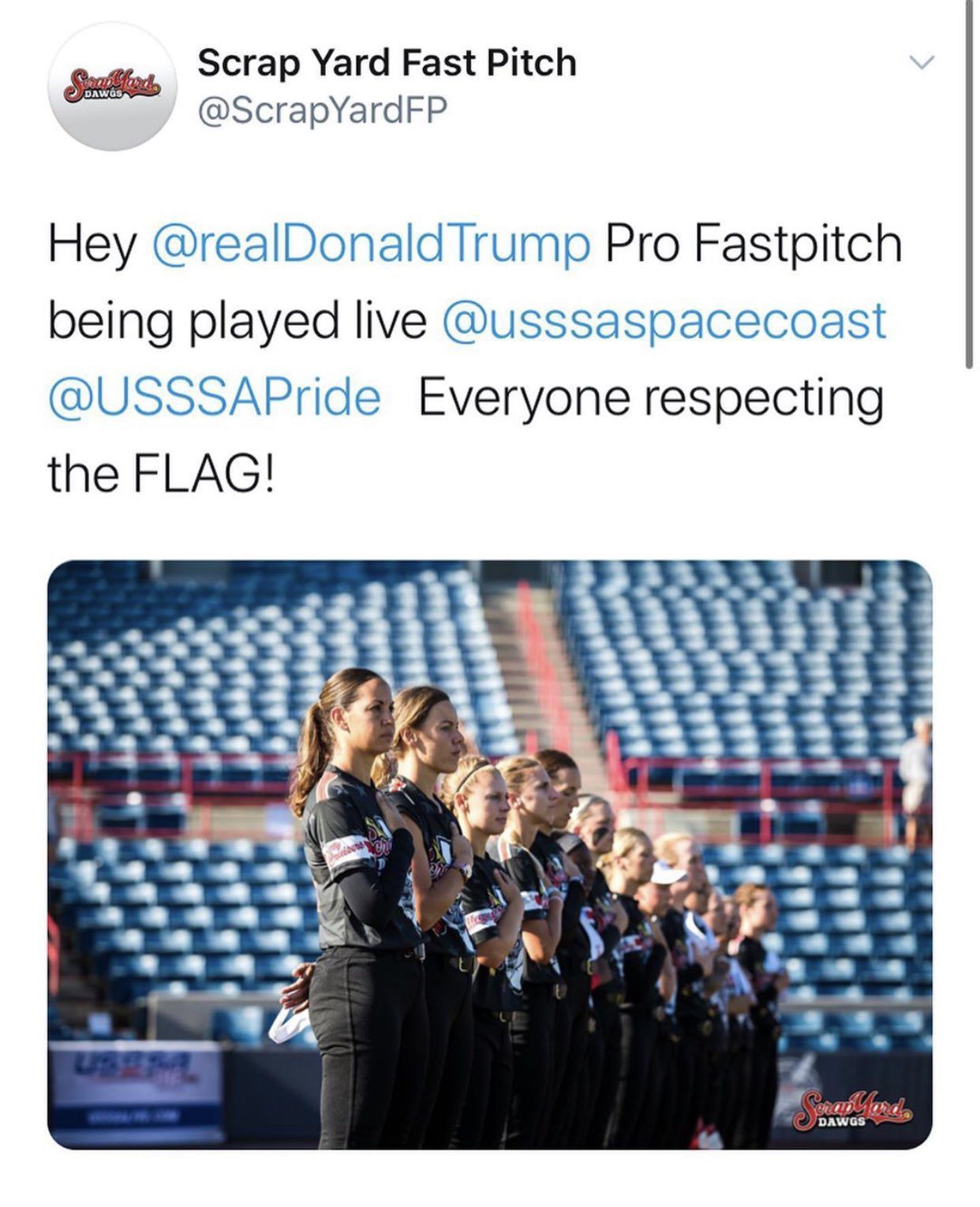 Players are calling out General Manager Connie May as the person behind the since deleted tweet and immediately spoke out via social media against the action.

Seriously fuming right now😡🤬 @ScrapYardFP you are better than this! Haven’t we been going over this for the last 3 weeks? This is not funny at ALL! Has nothing to do with respecting the flag and ALL to do with respecting ALL Americans in this country regardless of color of skin pic.twitter.com/cdymUwWRsH

Monica Abbott who signed a six-year $1 million deal with Scrap Yard Fast Pitch back in 2016, released an official statement via twitter:

The softball community did not waver in its response with support from players, coaches and fans.

I am so hurt but Hate and Ignorance will never win. pic.twitter.com/81tV29G4HH

I DO NOT support the comments made during our game by @scrapyardfp & I will not represent them. We as a people are working towards change, and THIS IS NOT IT. pic.twitter.com/ziSTiYxuzQ

THIS ISN'T US! What has happened was incredibly inconsiderate, we do not condone, and will no longer be supporting @ScrapYardFP due to the actions taken behind our backs. This season was ment to be something special, to be a light in the darkness.

Tonight we were misrepresented by Connie May who acted on behalf of @ScrapYardFP I’m appalled by the insentivity & will not represent Scrap Yard ever again. I’m so sorry to all my friends & teammates and the future softball players that are hurt by this. pic.twitter.com/39B1CaO9uh

…. I AM HURT … I am disgusted … as a BLACK softball player I DO NOT … DO NOT stand with a statement like this… if you didn’t understand racism and what was going on the last month. This .. THIS IS IT. This is EXACTLY what we’ve been trying to change pic.twitter.com/udoeaSJFwp

We might be standing in this photo but we SURE AS HELL AREN’T STANDING FOR THIS. I’m embarrassed. I’m heartbroken. I’m DISGUSTED. @ScrapYardFP I will never be associated with your organization again. BLACK LIVES MATTER. The tone deafness on this is UNBELIEVABLE!!!!!!! pic.twitter.com/5jSNipTFLd

WE ARE DONE. I don’t support this, tolerate this, or stand by this in any way. I WILL NOT represent this organization and am absolutely HEARTBROKEN by this statement. Especially for our black athletes. UNACCEPTABLE. pic.twitter.com/dRN01Wchar

HEARTBROKEN. DISGUSTED. SAD. This is SICKENING!!!!!! I am so sorry for all my friends and their teammates that were misrepresented by this tweet. pic.twitter.com/18QCzKDWbI

This isn’t us. As players, we do not stand with the tweet sent out by @ScrapYardFP We stand with the black community. We love you and we stand united with you. pic.twitter.com/zJrqVoOSZ6

Disgusted. Sad. Heartbroken. This is not what #bettertogether means. This is unacceptable and does not represent how the PLAYERS feel. pic.twitter.com/PSv4T0digv

I DO NOT SUPPORT THIS COMMENT BY CONNIE MAY AND I WILL NOT STAND FOR IT. pic.twitter.com/1axUCLdaZY

I am heartbroken and pissed off. I DO NOT support this, it is completely insensitive and tone deaf. I will not stand by an organization who makes these comments. We’re done. @ScrapYardFP pic.twitter.com/Qg5YNeV2pc

The fact that the point and REASONING behind what kneeling really means is still not getting through is SICKENING! It was NEVER about flag, but it is ALWAYS about the lack of respect for people of color! https://t.co/RNZUNyEtir

I do NOT support the comments made by @ScrapYardFP and I will not associate myself with an organization that stands by those beliefs. BLACK LIVES MATTER. I will not be spoken for on this issue and I am appalled that after a game I was blindsided by something so disheartening.

I’m embarrassed and broken. I do not support the comments made by @ScrapYardFP. I will not stand with this organization. I believe that Black Lives Matter.

Mortified, sick & HEARTBROKEN 4 my teammates & especially the black players on the field with us tonight. I do NOT stand for what @ScrapYardFP tweeted out & represent. We were blindsided by that stance tweeted out during the game. All lives do NOT matter until #BlackLivesMatter

My statement. My words. pic.twitter.com/w9LA4x4Pyx