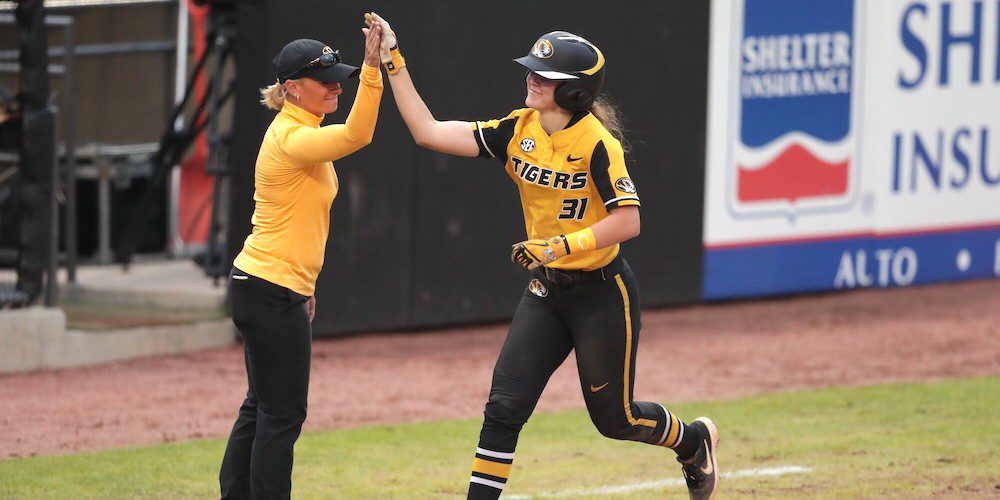 Missouri prepares for some normalcy in 2021. (Mizzou photo)

Having been let down so many times before, Missouri head coach Larissa Anderson probably should have been bracing for the worst once again.

The Tigers were banned from the postseason in 2020 because of NCAA sanctions, and many wondered if the coronavirus-shortened season would count for Missouri since no postseason was played.

Once the NCAA said it would recognize all the statistics from the 2020 season, Anderson had a feeling that the ban wouldn’t carry over to 2021.

But she couldn’t be sure until Missouri athletic director Jim Sterk called before the July 4th weekend telling Anderson the Tigers had received a bit of added freedom to celebrate – they would be eligible for the postseason once again starting in 2021.

“I could just tell from his tone that it was good news, which was great to hear, especially in this time we are all in now,” Anderson said. “I just had a sigh or relief, like finally we can move on and finally this dark cloud is lifted off our head.”

The NCAA handed Missouri a one-year postseason ban for softball, baseball and football in January 2019 after finding violations of academic misconduct by a former Missouri tutor, Yolanda Kumar.