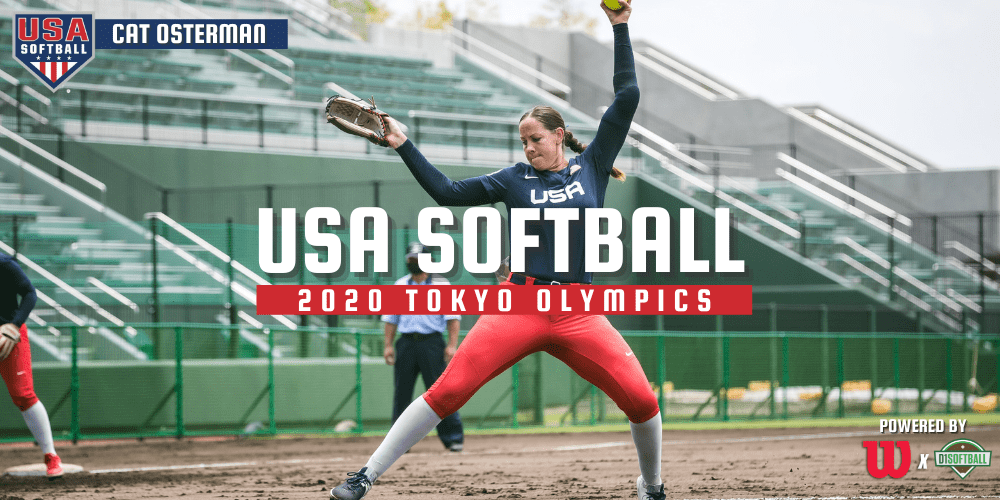 Cat Osterman was the youngest member of the American team that won softball gold in the 2004 Olympics. Used to playing alongside peers her age on youth, high school and college teams, she marveled at the longevity of some of her more esteemed USA teammates.

Playing as long as Laura Berg or Leah Amico, each then approaching 30 years old, seemed fantastical. To say nothing of 33-year-old Lisa Fernandez or 34-year-old Lori Harrigan.

Now 38, Osterman is nearly five years older than was anyone on that 2004 team. The pitcher who once told herself she wouldn’t play beyond 30 — who retired more than once after reaching that birthday — is 15 years older than her youngest teammates in Tokyo.

She looks around these days and can’t help but ask herself the same question over and over.

How crazy am I to do this?

One loss more than a decade ago doesn’t explain why she shrugs off the question and carries on. Unfinished business is the easy narrative to explain her return to Team USA two years ago. Nor is it wrong. She doesn’t hide the sting of the loss to Japan in 2008, the last Olympic softball game until this week. She started that game. And without the opportunity to set it right, maybe she really would have stayed retired on her second attempt to step away.

But it misunderstands something about her to imagine that Japan is the opponent she can’t get out of her mind. It misunderstands the brilliance of one of the most masterful pitchers ever seen.

Batters spent the last two decades entranced by the way the ball dances out of her hand.

The way the ball dances is what made it so difficult for her to leave. What fuels her isn’t the chance to win a game. Not that alone. It’s the possibility that she might solve the game, its pieces sliding into place like a Rubik’s Cube. She might reach the end of the universe.

“I love hard challenges, and pitching has always been that for me because it can’t be perfected,” Osterman said. “But I’ve always chased trying to perfect it as much as possible.”

Osterman was a Texas high schooler when she began to master the spin that took her from being better than average to someone with the potential to be among the best ever. Though now famous for her drop ball, the rise ball hooked her. When she got a chance to face Team USA ahead of the 2000 Olympics, knowing its hitters could beat any one-pitch pitcher, she began to master movement in all directions — up and down, left and right.

“I’ve obviously never been a hard thrower,” Osterman continued. “So it was that combination of not being a flamethrower but being able to move it enough and have people baffled that made me fall in love with what I was doing even more than I was.

“From then on it’s been about let me see what I can make the ball do. If you want to equate my pitching to anything, it’s an abstract painting. Some days there’s rhyme and reason and some days there’s not. But it’s just painting a picture with what’s working that day.”

It isn’t paint by numbers, but the numbers have always been staggering. She remains the NCAA all-time leader in strikeout rate, perhaps the most timeless of pitching statistics.

A pitcher today can never match the ERAs that their counterparts managed 40 years ago. Rules, technology, coaching have all changed too much. The same goes for wins, as college teams turn more and more to deeper pitching rotations.

But the one-on-one contest between pitcher and batter, while not immune to the influences of a sport’s evolution, is the most enduring. Its essence is the same no matter the surroundings.

I’ll pitch it. Can you hit it?

No one — not Fernandez before or Rachel Garcia since — came close to Osterman in that regard in college. More than two out of every three outs she recorded at Texas were strikeouts, 14.34 per seven innings. Angela Tincher is the only pitcher who came within a strikeout of that (13.48 per seven innings). Only two pitchers averaged even 12 strikeouts per seven innings.

And there she was last summer, 14 years after her final game for the Longhorns, putting up almost identical numbers in Athletes Unlimited — just as she did in international competition, National Pro Fastpitch and every other setting in the intervening years.

She was supposed to be retired again by then, of course. She should have been on vacation somewhere by last August, her Olympic comeback complete. But the pandemic changes a lot of plans.

“I just got to a really comfortable realm for myself in a very competitive environment,” Osterman said of Athletes Unlimited. “It was much needed. I didn’t expect to throw the way I did but I found myself again. I was throwing almost as well as I feel I was at the peak of my career, at 27 or 28, which is crazy.”

Instead, at 38, she is part of a small group of female athletes like teammate Monica Abbott and fellow Olympians Sue Bird, Carli Lloyd and Megan Rapinoe, not to mention Serena Williams, who are extending excellence into a third decade on the world stage.

“We can all still do it,” Osterman said. “I think a lot of times people think females can’t do it that long. The [older male athletes] don’t intrigue me as much because they have a million dollars a year to recover their body every year. We don’t have that. So I’m definitely more inspired when other females are doing it at an older age as well because it’s a little harder for us to take care of our bodies and recover and do everything we need to do, just from financial means.”

Something beyond financial renumeration pushes them to continue. Something pushed her to return. She isn’t quite as demanding of herself as she once was. It used to grate on her if a drop ball missed by an inch, whether the batter made contact or not. Now she accepts that even if that pitch misses, it sets up something else she can throw later in the sequence.

Something beyond financial renumeration pushes them to continue. Something pushed her to return. She isn’t quite as demanding of herself as she once was. It used to grate on her if a drop ball missed by an inch, whether the batter made contact or not. Now she accepts that even if that pitch misses, it sets up something else she can throw later in the sequence. But able to make the ball dance like almost no on ever has, she still chases perfection.

“Most of the time I’m competing against my standard, to be honest, and where I want a pitch to go and what I want it to do,” Osterman said. “Sometimes I get away with it being a little bit less than I wanted it to be, and sometimes it does more than I expected.”