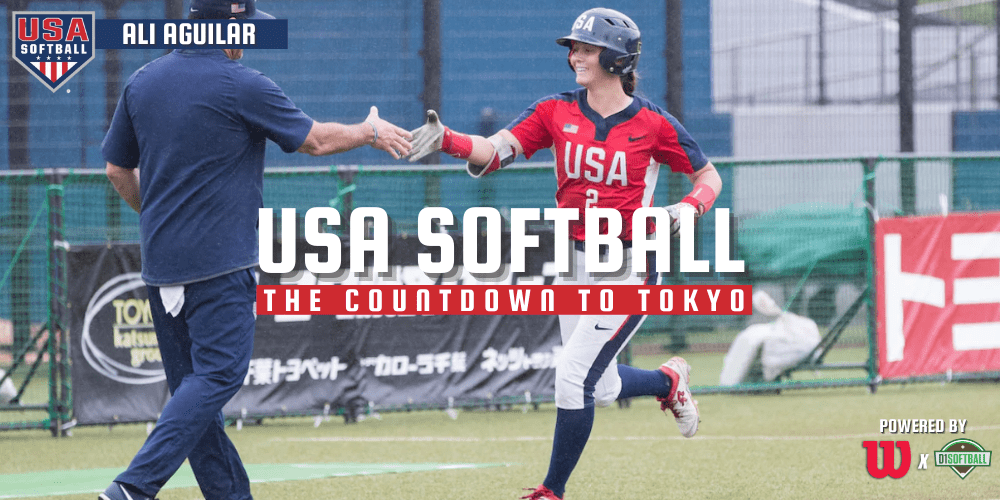 When it comes to colleges, plenty of familiar names will be able to claim bragging rights if Team USA reclaims Olympic softball gold in the days ahead. The U.S. roster is full of players from Alabama, Arizona, Florida, UCLA and all of the programs that make regular World Series visits.

Somewhere on that list you’ll also find the least likely of connections. William Jessup University is a small self-described Christian school in Orange Country that competes at the NAIA level. Its enrollment wouldn’t fill the stands in some Division I softball stadiums. But in Ali Aguilar, Team USA’s second baseman and William Jessup assistant coach, the school has an Olympian.

Aguilar didn’t have any connection to William Jessup before last year. She didn’t plan to coach. But 2020 forced a lot of us to revise our plans. Like her teammates and their respective alma maters, she is on Team USA in part because of what she learned about competing at the highest level of college softball. She may also be poised to play her best softball yet in part because of the joy she found in venturing to a place where the game is all there is.

Aguilar, of course, is more commonly associated with the University of Washington, where she was an All-American shortstop under Heather Tarr’s tutelage. So Team USA’s trip to Seattle for an exhibition game last March was a brief homecoming on the long road to the Tokyo Olympics. Except it turned out to be the end of the road, at least for 2020.

Team USA was in Seattle on March 11, 2020, the same day Utah Jazz center Rudy Golbert tested positive for COVID-19 and the NBA suspended its season. That evening, USA Softball announced it was postponing three games in the Pacific Northwest. Players soon made their way to their respective homes, the future suddenly uncertain. Two weeks later, the International Olympic Committee announced it was postponing the Olympics until 2021.

For the first time in as long as she could recall, Aguilar was separated from softball. Sitting in her house in California, unsure if she could even go to the local park to workout, she reverted to old-school training methods — hitting off a tee, side toss, throwing balls against the wall.

“For me personally it was a moment of surrender,” Aguilar said. “This is a dream that I’ve had, but I have to understand it’s out of my control. I had to surrender to God that whatever happens is going to happen.”

Desperate to do something active, she played basketball against her brother. At one time an avid soccer player, she found a ball and started a daily juggling routine. Competitive by nature, she set goals for herself and tried to beat the number of juggles from the day before. And yet she noticed that if she lost control of the ball or missed her goal, it didn’t much bother her. It was soccer, after all. She was just doing it for fun. It turned out she missed that feeling.

“Maybe I’m worrying too much about some things in softball,” Aguilar told herself. “I just need to enjoy it. That’s been my focus this year, just enjoy the process and enjoy what I get to do.”

Much to her surprise, what she got to do included coaching. As some sports resumed through the summer and fall, William Jessup assistant coach Ryan Stevens reached out to her. The two knew each other from the hitting facility he worked at. He knew she was someone whose faith played a central role in her life. And he knew she was home without a regular routine.

Would she be interested in working with the team in the fall?

Aguilar had helped out a little with a travel ball team when she was still playing for the Huskies. She also gave lessons to supplement her income while playing for Team USA and in the sport’s various professional environments. She was comfortable with one-on-one skills development. Other parts? Not so much.

“Not so much strategy,” Aguilar admitted. “How are we going to put together a lineup? I’ve never really thought about those things. People just tell I’m going to hit third and I’m like ‘OK’”

There were other adjustments, like learning not to hit the batter in the head with the ball when throwing front-toss — “I’m bad on lefties,” Aguilar sheepishly admitted. And for someone who prefers to let her play do the talking when she’s on the field, speaking up was a new challenge. But between feeding the pitching machine and hitting fungos, she gained a perspective that helped her understand herself as much as the young women she worked with.

“As a player, I’m very much a perfectionist,” Aguilar said. “I analyze every little thing, whether it’s part of my swing or the way I’m fielding. Even if I got a hit or fielded the ball, I’m thinking about if I did something wrong or if I sequenced it wrong. I know I’m like that, but it feels normal to me.

“When I’m on the outside as a coach, I see players who are just like me. And I want to be like ‘It was fine. It was great. Nothing is wrong with that, you don’t need to pick it apart or get down on yourself.’”

Aguilar wasn’t in need of a remodel. She was a fixture for the U.S. lineup en route to winning world titles in 2016 and 2018, hitting .310 with 10 RBIs in the 2018 event. She is the perfect blend for a national team loaded with stars —a world-class talent on both sides of the ball who has a role player’s selflessness and no desire for the spotlight.

It’s a scary thought for opponents that she might come back from the pandemic even better.

“I realize I don’t need to overanalyze everything,” Aguilar said. “That’s really tiring.”

The coaching gig was only supposed to last through the fall, while Team USA remained dormant. But with head coach Brie Campbell’s support and the understanding that Aguilar would be around when her other commitments allowed her to be around, she stayed on through the regular season.

From the ultra-competitive top tier of travel ball to the Pac-12 to Team USA and the Japanese professional league, where she played in 2019, Aguilar lives her life in the hottest cauldrons of competition. She thrives in those settings. She is wired to compete and strive to be the best. But not unlike with the soccer ball, she found something on the NAIA field that she had misplaced.

“It can get very serious that way because you’re competing and you’re so serious about scholarships and stuff like that,” Aguilar said of even the early days in travel ball. “I saw how [William Jessup players] enjoy their process, that authentic grit and excitement. Not that I don’t have that now, but with the focus on winning, winning, winning, sometimes for me, it got lost.

“That’s one thing they’ve taught me is how to have fun and how to remember to enjoy the game.”