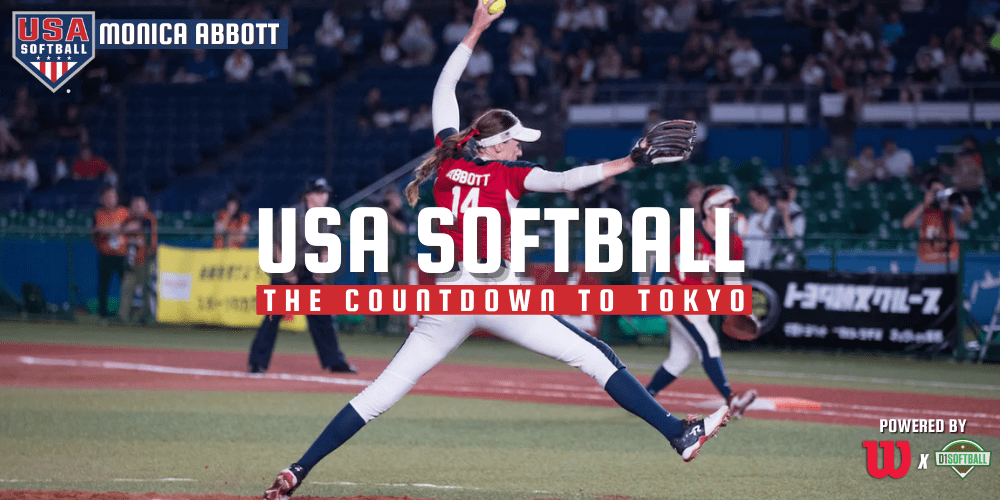 Monica Abbott had plenty of chances to walk away from playing softball. She didn’t need to throw any more innings or try to win any more titles to enhance her stature as one of the game’s greatest pitchers of all time. Her legacy has been firmly secure for years.

“It ultimately comes down to just love and passion for the game,” said Abbott, who turns 36 on July 28th. “At the end of the day, it fills my cup up to be able to compete, and I feel like I have more to give.”

Abbott’s longevity has given her one more chance to pursue Olympic glory. Thirteen years after being a “rookie” on the 2008 squad, Abbott will return to the circle for Team USA at this month’s Tokyo Olympics.

The 6-foot-3 lanky left-hander will be competing in a country that has become a second home. She’s played professionally in Japan for 13 seasons, a crucial component of her ability to sustain her dominance in the circle.

“If I didn’t go there, would I still be playing this long? I don’t know,” Abbott said. “I might have gone into college coaching faster. I’ve had the opportunity to do so, but I would still rather play. I am a professional athlete and that is my ultimate dream.”

During an All-American career at the University of Tennessee, Abbott set career and single-season NCAA records with 189 victories, 2,440 strikeouts, 112 shutouts, 253 appearances and 1,448.0 inning pitched. The Salinas, Calif. native, finished with 23 no-hitters and six perfect games.

Abbott has worked hard to keep her body and mind in shape to perform at such a high level for so many years. Alongside athletes like Tom Brady, Serena Williams, LeBron James, Carli Loyd and others, she’s shown that advanced age doesn’t have to diminish skill level.

“It’s a lot of self care,” Abbott said. “I feel like if baseball does it, why can’t I do it? I feel like I keep getting better and finding new ways to get better and take care of my body by focusing on different aspects of strength, agility, power or stretching. Whatever it takes to mold myself around things that will allow me to perform how I want athletically.”

Abbott made her Olympic debut in 2008, when Team USA lost to Japan in the gold medal game and settled for silver. After softball was voted out of the Olympics, Abbott wasn’t sure she would get another shot at returning to the Olympic stage.

In her mind, the host country remains the team to beat.

“They are the defending gold medalists and should be considered the favorites,” said Abbott, a three-time world champion. “They have that history and everyone else is fighting for it, whether it’s us, Canada, Australia, Italy or Mexico. We are all vying for it.”

Given their age, position, record-setting dominance and shared history, Abbott has been closely connected with Cat Osterman. The veteran left-handers remain the aces of the Olympic staff even after all these years.

“I am glad that Cat and I are back able to play together on the national team. We are competitors. We want to compete and we want to be able to impact younger kids and hold them to a standard of excellence and accountability,” Abbott said. “We are not afraid of that and I think that is a real strength and power that we both have.”

The relationship between Abbott and Osterman, 38, has evolved over the years. Abbott said she was one of the first phone calls Osterman made when Osterman decided to come out of retirement to make another Olympic run.

Making a career out of professional softball hasn’t been as easy as other mainstream sports. But Abbott has found a way to make it work for more than a decade.

“All I do is hustle and grind,” Abbott said. “I am going all the time with clinics, speaking, preparing for stuff and trying to find creative ways to have a salary outside of just playing. It makes me happy to be able to give back and still impact the sport.”

Before her first Olympic appearance for Team USA, Abbott envisioned many more chances to return. But after years of disappointment and frustration as softball was pushed to the sideline, she’s grateful to get at least one more opportunity to win an Olympic gold wearing the red, white and blue.

She doesn’t know how much longer she’ll be in the circle, but she’s taken nothing for granted.

“I am a softball diehard and I am going to hopefully build the rest of my life around this game. I will always be a part of this game,” Abbott said. “I feel like now my biggest challenge is making sure I leave the game better than I came in and leaving my imprint on the future pros.”