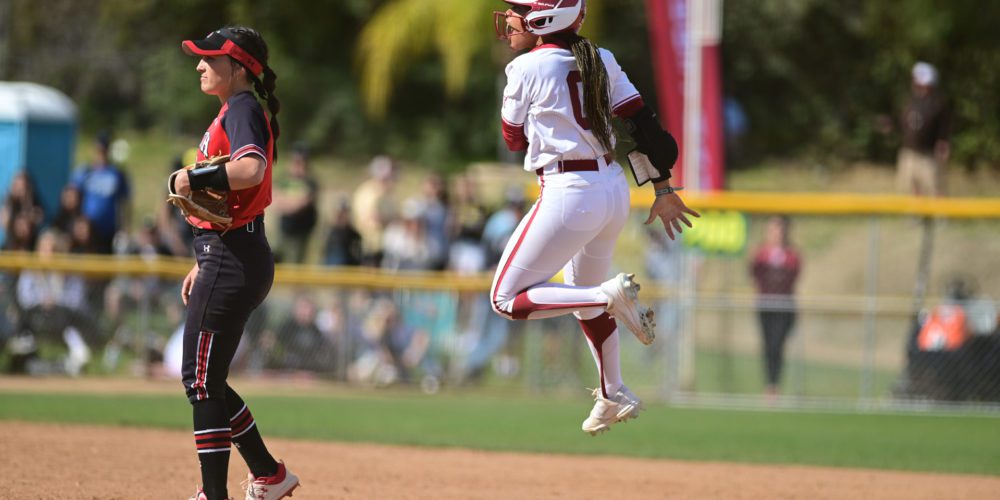 After sliding into second base with a leadoff double that ultimately proved the beginning of the end for Northwestern on Thursday, Oklahoma’s Rylie Boone pounded her right hand on the dirt. She pounded with such ferocity as she exhorted her dugout that the recoil nearly lifted her body clear of the base and gave the infielder an opportunity to tag her out.

“I hurt my hand,” Boone acknowledged afterward. “But firing up my teammates. I yelled ‘I got you’ … I think just trying to get something started.”

The passion and commitment to team in that moment were reminiscent of how she caught Oklahoma coach Patty Gasso’s eye in the first place, when Boone a recruit in the Tulsa area.

Except that instead of firing up one of the most dominant lineups in the history of the sport, an offense proceeded to score 13 unanswered runs in the two innings on Thursday, the high school Boone had to rally a team that, according to Gasso, wasn’t particularly fearsome. Certainly not a team on the verge of making history.

“Everything about her just resonated – I must have her,” Gasso recalled thinking. “She’s not a pitcher, but she’s pitching for her high school team, and she’s coaching her high school team. And in that moment I’m like, I’ve got to fight hard to get this Rylie Boone. I needed her. I wanted her for those kinds of heartfelt moments. …

“That’s what I felt today, is it kind of takes me back to what I saw before. She got on second and fired everybody up. That’s one thing about her besides her play is just her style, her emotion, her passion, her work ethic, her personality. Her style is just so loyal to this program as well.”

Which is why in a state full of young players who grow up wanting to wear an Oklahoma uniform and play in front of the enormous crowds that fill Hall of Fame Stadium for the World Series, Boone was the one in the lineup Thursday afternoon. One of only two, alongside captain Lynnsie Elam.

Among World Series teams, only Oregon State draws a lower percentage of its roster from within state borders than Oklahoma. To be sure, in-state players helped build and maintain the dynasty in Norman. Recently, Caleigh Clifton barely needed to shift into fifth gear to get to campus from her hometown. Kelsey Arnold was an indispensable presence. Mackenzie Donihoo, who has since left the program, became something of a postseason sensation a season ago. But Gasso’s California ties have always proved useful, all the more when just about every prospect in the country is eager to take her call.

And yet there is still room for someone from Owasso (which, it’s only fair to point out, did win some district and regional titles with Boone around).

Even with the likes of Olympian Nicole Mendes blocking her path a season ago, Boone still managed to hit better than .400 in 51 at-bats. Her ascent might have been even more rapid if not for injuries that kept getting in her way. But along with Oregon transfer Alyssa Brito, one of those California natives who arrived in Norman with a national profile, Boone has helped turn the corner outfield spots either side of Jayda Coleman from question marks into cornerstones. Her average dipped under .400 for the first time since March after Oklahoma’s super regional. She wasted little time bumping it back to .405 – a heck of a luxury from your No. 9 hitter.

And there she was in the third inning Thursday, with her team trailing for the first time this postseason. She took a strike and then the erstwhile slapper drove a ball deep to right field for just her eighth extra-base hit of the season.

“I think the biggest thing was just being present, mainly,” Boone said. “I wasn’t thinking about my injuries and stuff like that, but just being there in any way for my team, and not focusing on anything on the outside, but staying clear on the path.”

She pounded the ground and implored her teammates to follow her lead.

The Sooners needed a spark Thursday. One they could only find in Owasso.

“Rylie Boone was really the catalyst of all of this,” Gasso said of the double that started the third-inning rally. “It just kind of bled into everybody else. Everybody else knew, ‘OK, I have got to change. I must change.’ You started to see what that looked like.”