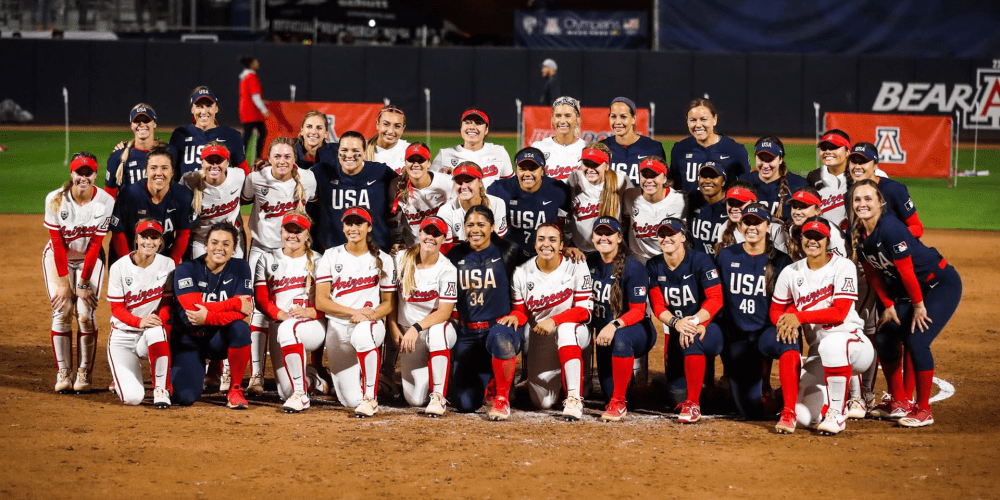 The exhibition proved to be the toughest game for Ken Eriksen and his squad, who sneaked by the Wildcats in a narrow 5-4 victory. Cat Osterman got the start in the circle for Team USA going four innings and allowing just 2 hits — one being a home run to Jessie Harper — with 8 strikeouts in 75 pitches. The U.S. used four pitchers in the contest with Abbott striking out the side in the seventh to pick up the save. Haylie McCleney started off the game with a bunt single followed by a walk to Kelsey Stewart and a three run homer by Ali Aguliar. Team USA kept chipping away with runs in the second and third inning.

HARPER HOMER 💣@jesss_harperr puts the Cats on the board with a no-doubter to left off Cat Osterman! pic.twitter.com/tommNMVQDX

Jessie Harper blasted two home runs for the Wildcats with a solo shot off of Osterman in the 4th and a three-run shot off of Carda in the 5th. Harper drove in all four runs on the evening in an electrifying performance at Hillenbrand. Two freshman picked up hits for the Wildcats, Janelle Meono and Sharlize Palacios, and Malia Martinez went 2-4 for the evening. Full box score below. 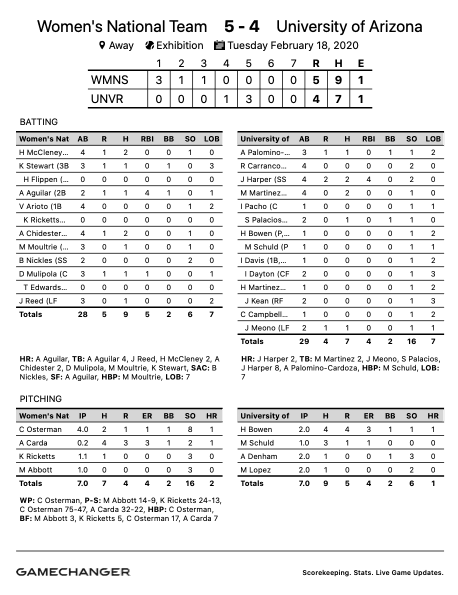