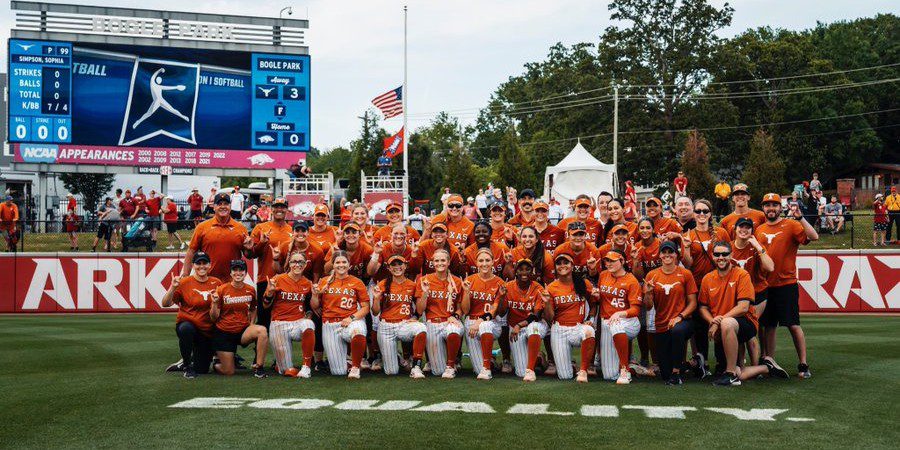 Blame supply chain issues for the Texas Longhorns not being able to celebrate their Super Regional win with hats and a ticket sign.

Every Super Regional site is sent “OKC Bound” hats and a sign made to look like a ticket to the Women’s College World Series for each team involved.

But the hats and signs for both teams never made it to Fayetteville, Ark, last weekend when Arkansas hosted the Longhorns.

There was some speculation that Texas didn’t receive the hats or signs because the Longhorns weren’t expected to win. That’s not the case. If No. 4 Arkansas had won, the same issue would have applied. The Razorbacks would not have been able to celebrate with hats and a sign.

The hats and sign have been rerouted to Oklahoma City and will be delivered to the Longhorns during their stay in the WCWS.

But Texas may still try to use the perceived slight to fuel the disrespect fire that has worked well for the Longhorns during their NCAA run.