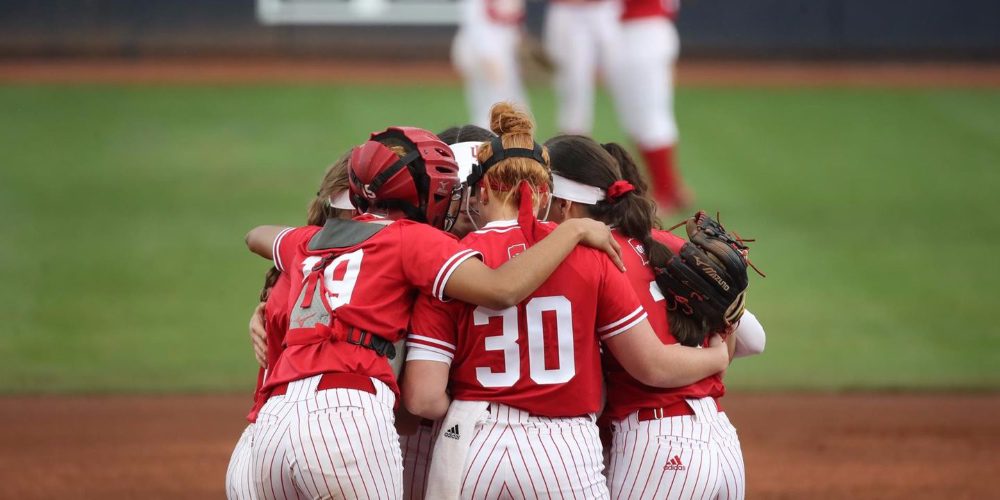 Indiana graduate assistant Gwen Svekis watched from the dugout, not exactly sure how to comprehend what was taking place around her.

Parents were pulling out their phones to record their daughters on the field. The Indiana coaching staff was making roster decisions based on reports of events around the country being canceled.

The Hoosiers were in their second game of The Spring Games in Madeira Beach, Fla., on March 12. The players had no idea it would be their last of the entire season.

The coronavirus (COVID-19) pandemic put an abrupt end to college athletics across the country.

“It was pretty emotional for us to just sort of be sitting there watching our team play its last inning,” Svekis said. “The players were completely unaware it was their last inning and it was very eerie to be in the moment.”

It would also be the last inning for Svekis as a member of the Indiana coaching staff. The former Oregon standout and 2018 NFCA National Catcher of the Year will be concentrating on her professional career with National Pro Fastpitch’s Chicago Bandits and the newly-formed Athletes Unlimited Softball League.

Along with playing, Svekis wants to get more entrenched behind the scenes. She is on the player advisory board for Athletes Unlimited, which is scheduled to launch in August, and has been involved with every decision made during the formation of the league.

I am so excited to finally share something that we players have had the opportunity to work so diligently on with @AUProSports. THIS is the future of professional sports. Join us. Rethink the game. Reimagine the possibilities #BeUnlimited pic.twitter.com/tzUB5tiLkQ

“I feel a calling right now to go into the professional side of our sport and see if I can help change the tides there,” Svekis said. “If not, I can go back into coaching. I find gratification in both sides. But right now my passion is changing the realm of women in professional sports.”

Svekis didn’t expect to transition away from college coaching this early. But the global health crisis has thrown everyone a curveball, with the safety of others becoming the top priority.

After the Hoosiers defeated Toledo, the Indiana coaching staff gathered the players around and broke the news about the season being canceled.

“The raw emotion they were feeling was unlike anything I have ever really experienced,” Svekis said. “I’ve experienced very few tragedies in life, one being the loss of a teammate, and I’ve got to tell you this felt very similar in the way they initially reacted. This was like a loss of a friend. Everything they worked for so long quite literally was gone in a second.”

Since they still had a few hours together, the Hoosiers decided to throw an impromptu team banquet with the help of ESPN analyst Michele Smith, a former Olympian and All-American pitcher at Oklahoma State.

Smith, the owner of The West Events, opened her event space for the Hoosiers. She arranged the tables, linens and utensils. She ordered food from Tuttorosso Pizzeria and requested a band from Total Entertainment in Tampa.

“I thought it was amazing perspective-wise for their staff to realize just how devastating a decision this was for everybody, but especially for the seniors, and to arrange something so quickly,” Smith said. “I was honored they would want to have the event at our event space. That is why we are here, for those special moment’s in peoples’ lives.”

Such an awesome night. The amount of work the @IndianaSB staff put in to make this night special will be something I’m forever grateful for. Also a huge thanks @MicheleSmith32 one of my biggest role models for allowing us to use her beautiful venue #westeventsbestevents ❤️ pic.twitter.com/0MA2aJgZKY

Indiana head coach Shonda Stanton went to a local FedEx store to have action photos of her five seniors – Emily Goodin, Gabbi Jenkins, Katie Lacefield, Bella Nortoon and Josie Wood – blown up into posters. They decorated the space with number-shaped balloons and ordered a cake.

Although they could get their eligibility restored on Monday when the NCAA Division I Council Committee votes on the issue, the seniors didn’t have that information at the time.

“This entire thing was a huge life lesson,” Svekis said. “Everyone always says you never know when it could be your last game. I am just glad we were able to celebrate them in some way just in case.”

Svekis was in her second year on the staff at Indiana while completing the master’s program in sports administration. She was tipped off about the job opportunity by Florida State assistant coach Travis Wilson, and contacted Stanton.

Svekis was living in Chicago, and drove to Bloomington on her off day.

“It’s funny because Shonda took me on the official visit we do now. Everything we did is exactly the same as what we do with our official visits,” Svekis said. “I met her staff and we clicked and I was really excited about it.”

With college campuses closed, Svekis has returned to her hometown of Davie, Fla., to train as much as possible with pandemic restrictions in place. She lives a mile from the childhood field she grew up playing on, and has been running, throwing and doing drills with her dad.

“I am working out the same way as if nothing has changed. I don’t know what the future holds, but I don’t want to make any assumptions,” Svekis said. “It’s definitely a little harder because my dad is not the best front tosser in the world, but it also makes me work more efficiently. I can’t waste reps when I don’t have someone to pitch or throw to around.”

"Take this time to refine your craft and then roll with the punches." – @g_svekis pic.twitter.com/s5CQJoQcDk

Although she doesn’t know when or if her seasons will start, Svekis realizes all athletes are in the same position. She feels for the college seniors that have been riding an emotional roller coaster.

She expected to see some of them drafted into the NPF or invited to join Athletes Unlimited. But the pandemic has changed the entire landscape of sports.

“There are a lot of great seniors this year that we would want to play professionally, but I also want to encourage them to complete their four years in college because my four years were the best four years of my life,” she said. “I would never have wanted anybody to encourage me to do anything but enjoy all four of them.”