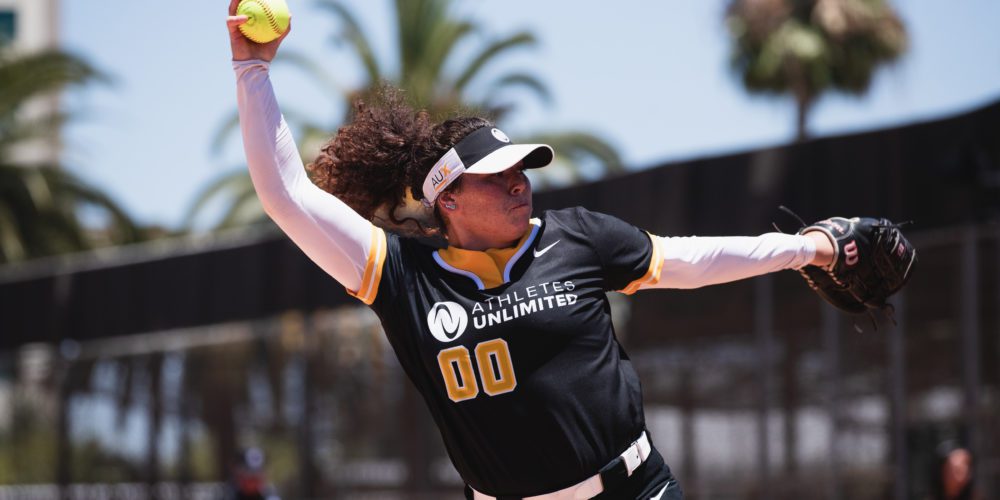 Rachel Garcia was the No. 1 overall pick in the Week 1 draft for the 2022 Athletes Unlimited championship season, while reigning champion Aleshia Ocasio and newly-crowned AUX champion Danielle O’Toole will team up for the opening weekend of games in Rosemont, Illinois.

With no set rosters, AU will hold drafts prior to each of five weeks of play en route to crowning an individual champion. For Week 1, Ocasio, Amanda Chidester, Carrie Eberle and Morgan Zerkle serve as captains as the four leading returning scorers from 2021.

A top-10 finisher in every AU softball competition to date, Zerkle selected Garcia with the No. 1 overall pick in Monday’s draft. The two-time national college player of the year at UCLA and an Olympian, Garcia made her professional debut earlier this summer in AUX – the new condensed competition in San Diego that preceded the championship season. After a rocky first few innings in the circle, Garcia pitched and slugged her way to a breakout second-place finish.

With 2020 AU champion Cat Osterman retired, Ocasio and O’Toole are the only active players to win any AU competition.

O’Toole led AUX with a 1.69 ERA in 28 innings, winning a title race against Garcia and Dejah Mulipola that came down to the final game. She will team with Ocasio, who cruised to the 2021 AU title with a 2.32 ERA that is best among returning pitchers from that five-week season.

With the draft order reversing in each round, Ocasio selected catcher Gwen Svekis with first pick of the second round. Svekis caught almost every inning for both Osterman in her 2020 title season and Ocasio in her title run a season ago.

The four leading scorers in Week 1 will serve as captains and draft teams for Week 2.

Below are the full rosters, schedule and broadcast details for Week 1. As a reminder, players do not have to play the position at which they were drafted.