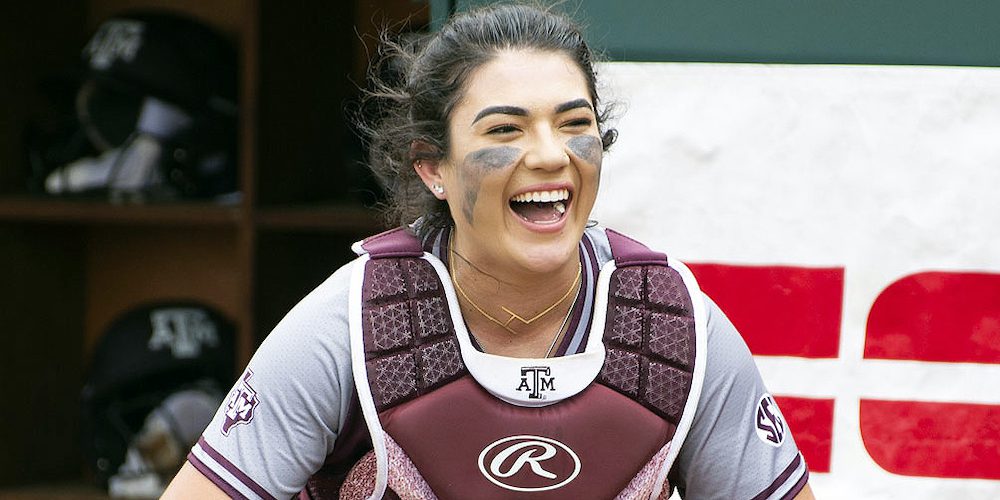 Haley Lee didn’t want her grandmother’s old Harley-Davidson to just sit in the garage. The Texas A&M rising junior catcher figured someone should still be riding it, so she signed up for a class to learn how.

“It was non-refundable so my parents had to let me go,” Lee said. “The class was harder than I thought it would be. I left the engine on so the battery died the first day. I didn’t know there was a kill switch. I had a lot to learn.”

Lee’s open-minded approach covers most areas of her life. She’s not afraid to expand her horizons and try something new.

Lee has been a standout this summer in the Florida Gulf Coast League as a member of the Bradenton Lynx. Last weekend, the All-Star selection was named the league’s Defensive Player of the Year.

“It’s a good opportunity for me to put myself out there and connect with other people from different states,” said Lee, a Kingwood, Texas native. “I just wanted to change it up a bit. I have been playing with the same girls for a while now, and have never really played in Florida for this long. It’s a different vibe and I have enjoyed it.”

Lee’s father approached her about playing in the FGCL for the summer after seeing a Facebook post about the league.

“He asked if I knew about this and I had no idea. The next thing you know, he signed me up and the coach (Lindsay Fico) called me and gave me the run through,” Lee said. “She said she wanted me to play for them. It all sounded good to me.”

Lee arrived in Florida hoping to improve her defensive skills and power numbers on offense. She started all 26 games for A&M in the coronavirus-shortened 2020 season, leading the team in RBIs (19) and ranking second in home runs (5).