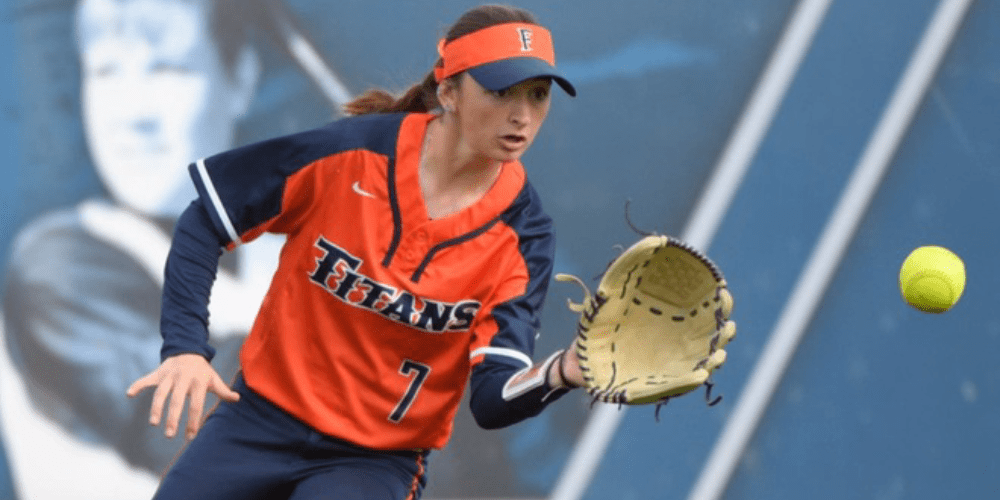 Fullerton, Calif. – Four uniformed officers blocked the front entrance at Goodwin Field with strict instructions not to let spectators enter the gate. After a radio call and some convincing, I was finally allowed through the chain-link fence. There were two distinct sounds upon entering the complex: cheers echoing from the softball stadium and the ping of baseballs flying off bats during batting practice. Both stadium bleachers were empty at Cal State Fullerton, where softball and baseball play side by side. 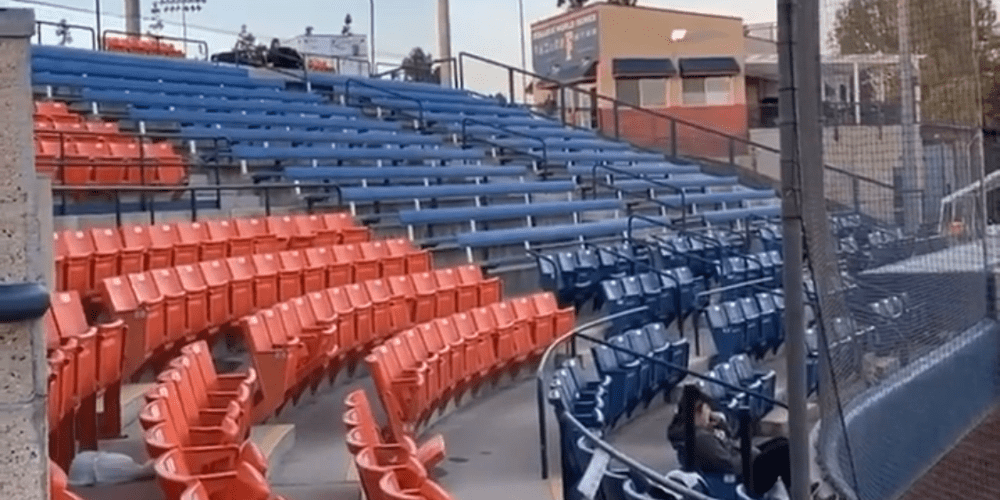 It was an eerily (un)eventful Wednesday night at Anderson Family Field as Cal State Fullerton fell to the No. 25 UCF Knights, 7-0. The two teams had just faced off last Saturday during the Long Beach Louisville Slugger Invitational with the Titans picking up the win, 7-2. The rematch was a different story. Amidst the various reactions by conferences/universities regarding the COVID-19 pandemic, the Titan players, staff, and media had little time to prepare for an empty stadium. Just one hour after Cal State Fullerton announced it was going to be playing spectator-less games, the Titans and Knights took the field.

The Titan’s senior left fielder, Irie Siofele, spoke about the reality of playing in an empty stadium, “Usually before the game we have parents already here and fans already here to cheer us on. It was just weird, a weird feeling not seeing them there,” said Siofele, “It’s different because normally when we do something great, we can hear the fans cheer us on. So, this time around it was weird to not hear the feedback. We play for our fans and it makes the game more fun. But, at the end of the day, we’ve got to figure out a way to win without them. ”

If the Titan faithful had been in attendance, cheers would have been few and far between as the CSUF offense was held in check by UCF’s Gianna Mancha. The Titans managed just two hits against the right-hander, and they came consecutively in the third inning off the bats of Julia Valenzuela and Megan Delgadillo. Mancha threw a complete-game shutout working both sides of the plate (low to mid-60s) with pin-point accuracy and baited the Titan hitters to swing out of the zone.

Head coach Kelly Ford credited Mancha’s performance, “She was getting us to chase out of our zone quite a bit, and she also did a great job getting ahead. We looked like we were swinging defensive up there, we weren’t swinging in attack mode and free up there, we were tentative.”

Sophie Frost started on the mound for the Titans and suffered her third loss of the season. Frost gave up five runs in the fourth inning on a bases-loaded walk followed by a grand slam by Jade Cody. Cody has a career high five RBI in the contest and the most of any Knight in one game all season.

Ford was reasonably happy with Frost’s performance in the circle. She was more critical about how her team reacted after UCF scored, “Sophie Frost threw great up until that inning, and we gave them a freebie on base, they put some back to back hits together and then man, one good swing out of the park. But, that actual pitch, the grand slam wasn’t disappointing. It was how we responded or our lack of response after that. That happens. Grand slams are happening all over the country, and we’ve got to be able to respond, chip away, one base at a time and I was disappointed, I felt like we gave up after that grand slam was hit and that is something that I am going to take on and make sure we are working on.”

The energy in the stadium was nonexistent and playing in front of a crowd 10 (eight media personnel and two patrons collecting foul balls) doesn’t exactly get the heart pumping. Ford addressed the challenges in her post-game talk, “We are going to have to create that energy. We connect a lot with our fans, and it felt almost hollow tonight. We got the news late, and the athletes had to tell their parents. I was getting a lot of questions and here I was rolling into our pre-game and we were talking a lot about this new situation. So it was a new situation to manage and we will be managing it better in the future. It is disappointing but understandable. We’ve got to put it on our shoulders to create that energy and feeling of support.”