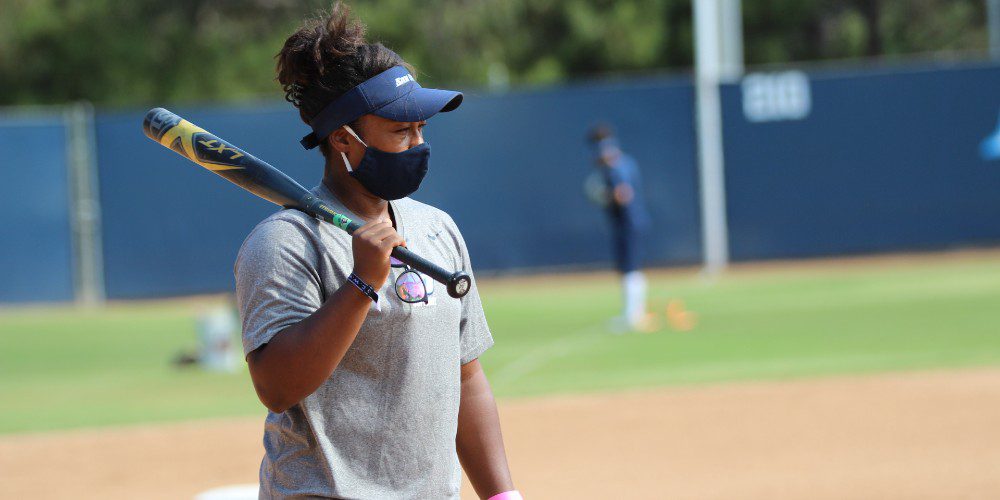 MJ Knighten always wanted to hear the truth when she was a player. No matter how good or how bad, she wanted to know exactly what someone was thinking.

The former Nebraska All-American third baseman took the same approach to her job interview for the head coaching position at the University of San Diego.

Knighten only had three years of college coaching experience under her belt when she met with USD athletic director Bill McGillis. Although leading her own program was a career goal, Knighten wasn’t going to make any false promises just to get hired.

“I am going to be completely honest and transparent, I felt like I wasn’t ready. When I talked to the AD, I told him that,” Knighten said. “I told him I didn’t have everything you want as a head coach on paper, but I know I can do right by these girls and get them ready by February for something. I know I can do that.”