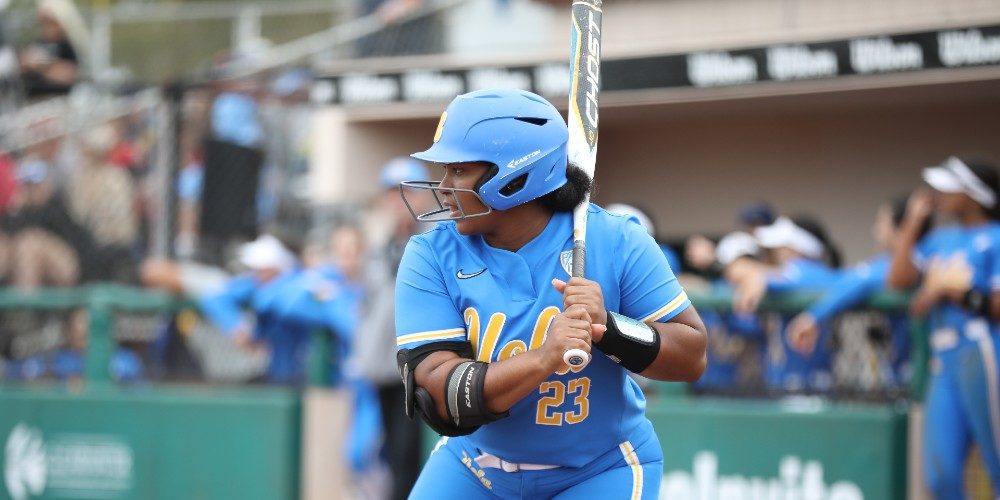 Aaliyah Jordan’s heart skipped a beat when she saw the number flash on her phone.

Lucia Serrano, UCLA’s associate compliance director, asked Jordan if she was sitting down. Despite the torn ACL in her left knee, Jordan was standing outside the UCLA clubhouse waiting for practice to start.

But the news Serrano delivered nearly dropped Jordan to the ground in gratitude.

The NCAA and Pac-12 had granted Jordan a medical hardship waiver. The redshirt senior outfielder will be returning to UCLA in 2023 for a rare seventh season of eligibility. Jordan has been granted two medical redshirt seasons and an extra year of eligibility from the Covid-shortened 2020 season.

Jordan gave a thumbs up to UCLA head coach Kelly Inouye-Perez as a signal for the positive outcome. Once she was done with the call, Jordan delivered the news to her teammates to rousing screams and cheers.

Her years at UCLA have been filled with highs and lows. She’s suffered three major injuries and won a national championship in between.

Jordan tore the ACL in her right knee as a freshman and redshirted the 2017 season. She had Tommy John surgery in 2018, and the 2020 season was cut short because of Covid.

Jordan’s recent ACL injury came on Feb. 19 when UCLA was playing Texas in the St. Pete Elite Clearwater Invitational. The Chula Vista, Calif., native hit a single to right field and the errant throw to first resulted in a collision between Jordan and the Texas first baseman that caused her left leg to buckle.

“It has definitely been hard, especially coming into college and never having broke a bone or never missed a game to injury or anything like that,” Jordan said. “The transition to college is already hard and then you add an injury on top of that. I had to watch my teammates get better and me kind of stay stagnant and have to learn how to walk again and run again and basically do everything again.”

Although so many rehabs and years in college may cause some players to move on with the rest of their life, Jordan didn’t hesitate to file a waiver to try and return.

“I think I kind of owed it to my teammates and my coaches and UCLA in general,” she said. “I really wanted to go out with a bang and end my career on my own terms and do what I came here to do.”

The support of friends, family and teammates have helped Jordan endure the mentally-challenging times. She’s tried to use the adversities to make her stronger in all aspects of her life.

Jordan has found ways to contribute to the team this season as she recovers.  She helps teammates with their swings during practice, charts pitches and even makes food runs on the road.

“We are short on team managers at the moment, so in Seattle a few weeks ago I went and got the team’s Jamba Juice order,” she said. “It came late. It’s funny, I’ve never had to do that before.”

Jordan will graduate this spring with her master’s degree in education to add to the psychology degree she received in 2020. She will enroll in more classes next year and be a 24-year-old senior leader for the Bruins.

It’s not the way she envisioned her career playing out in Westwood, but she’s not complaining. She views every experience as part of her education.

“I have learned a lot about perspective and how everything is temporary,” Jordan said. “If you just work hard and get back to it things will work out.”

〈
Previous Article Big 12 Notebook: Why Oklahoma Is Even Tougher to Beat in 2022
Next Article D1Softball Weekly Chat: April 4
〉