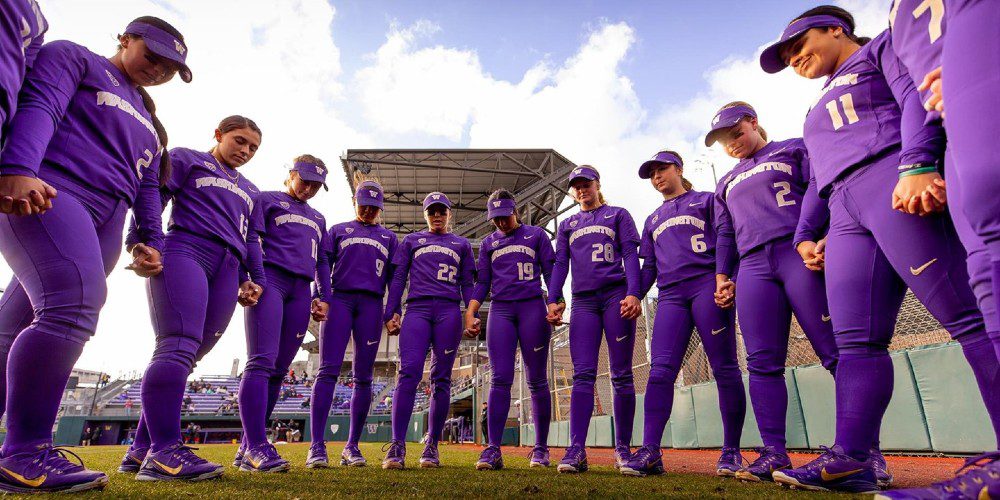 Requesting a jersey number at the University of Washington requires a history lesson.

Before newcomers can wear the UW uniform, they must learn about the players that wore the number before them. They have to contact the former players and make a presentation in front of the team about what they discovered.

It’s a tradition that helps bond generations of Huskies, and gives newcomers an appreciation for all the work done to build the program before they arrived.

“It develops an organic connection between our current players and our alumni,” Washington head coach Heather Tarr said. “They develop these new networks and give everyone a way to stay connected and learn more about each other. There is a level of respect that goes both ways from this.”

The tradition of excellence at Washington has remained strong. The Huskies ranked No. 6 in D1Softball’s Top 50 programs of the last decade.

Tarr got the idea for the jersey research projects from Michigan head coach Carol Hutchens. After Michigan won the national championship in 2005 – beating Washington in the Super Regional – Tarr made a point to listen to Hutchens speak at the NFCA national convention.

Hutchens emphasized the importance of tradition within a program, and mentioned learning about jersey numbers. Tarr implemented the practice at UW the following season, and it’s grown stronger over time.

Ari Quinones wanted to wear No. 1 when she arrived as a freshman at UW in 2019. During her research, she called Ali Aguilar, a 2017 graduate who wore the number last.

“I was super nervous. I didn’t really know a lot about the past at Washington before I went to school here,” Quinones said. “But once I started to dig deeper into it, I realized how important the culture of the team is. Having to make a phone call and talk to them and get to know them gives you a sense of having to make yourself good enough to prove to them you deserve to wear this number.”