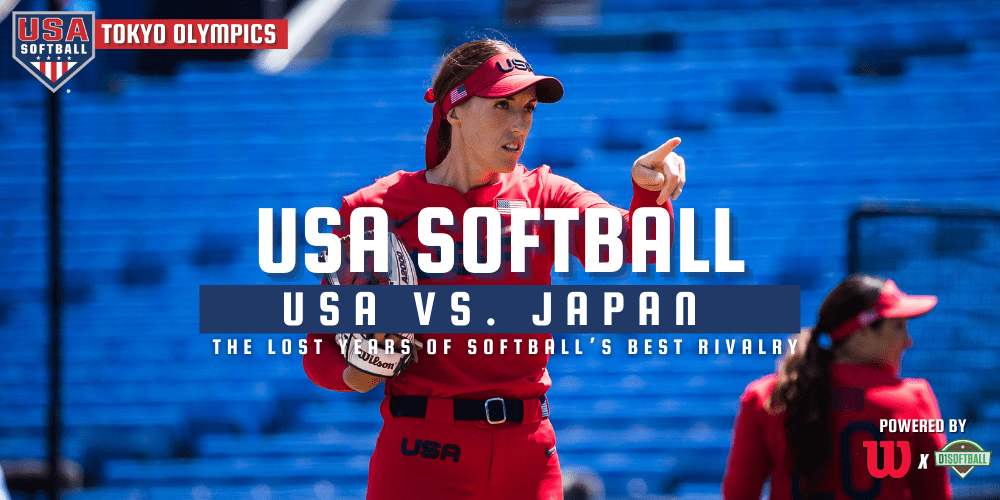 As you may have heard once or twice, the United States has waited a long time for an Olympic rematch against Japan. The old rivals meet Tuesday morning (stateside time) to settle the first Olympic gold medal awarded since Japan stunned Team USA in the 2008 final in Beijing.

Adding to the sense of sequel is that the pitchers are likely to be the same as 13 years ago — the indomitable Yukiko Ueno for Japan and some combination of Monica Abbott and Cat Osterman for the United States. Whether redemption for the United States or validation on home soil for Japan, the softball world waited a long time for resolution of this story.

Except it’s not as if Japan and the United States lost touch during the intervening years, even if some portion of the audience stopped paying attention. The teams played five times with world titles on the line since 2008, Japan winning twice and Team USA three times.

Let’s look back at the part of the rivalry some might have missed.

It’s easy to forget that many of the 2008 Olympians only had to wait two years for at least a measure of redemption against Japan (although not against Ueno, who didn’t play in the event). Although the roster was already in flux as the sport began to adjust to life out of the Olympics, Abbott, Andrea Duran, Jennie Finch, Vicky Galindo, Lauren Lappin, Caitlin Lowe, Osterman, Jessica Mendoza and Natasha Watley were part of a team that won all 10 games in Caracas, Venezuela and outscored opponents 95-6.

In fact, Abbott and Osterman are the only current Olympians who were part of the 2010 team that also included members of the lost generation — players like Eileen Canney, Katie Cochran, Alissa Haber, Ashley Hansen and Tammy Williams who never an Olympic opportunity.

Despite turning over essentially the entire program following the departure of the Olympic core after 2010, Team USA entered this final in distant Whitehorse, Yukon, with an 8-0 record. That included a 3-1 semifinal win against Japan to reach the final through the winners bracket.

The final was a pitching duel between Yukiko Ueno and Keilani Ricketts. Although not as publicized as her 2008 Olympic effort, it is still a significant part of the Ueno lore. She threw 17 innings across Japan’s two games on the final day (including a losers bracket win against Australia). All of the runs in the final came with the international tiebreaker rules in effect in extra innings. Lauren Gibson tied the game with an RBI hit in the bottom of the ninth, but the U.S. had no answer after Japan scored on a bunt in the 10th inning.

In Haarlem, Netherlands, Japan retained the world title by beating Team USA in both the semifinal and final (the Americans beat Australia to earn the rematch through the losers bracket).

While Ricketts had temporarily moved on, thanks to an unnecessary rift between USA Softball and National Pro Fastpitch the previous year, Ueno was too much for the American pitching quartet of Jolene Henderson, Jessica Moore, Sara Nevins and Jackie Traina in the final two games. The Japanese ace pitched all but one inning in those games and stuck out 13 batters in 13 innings.

In addition to Arioto, Chidester and Moultrie, who all returned from 2012, Haylie McCleney and Kelsey Stewart joined Team USA for this cycle.

Back in Canada, this time in Burnaby, British Columbia, Team USA reclaimed the WBSC title just as the International Olympic Committee announced the sport’s Olympic return in 2020.

In a massive 31-team event, the format no coincidence as the sport tried to impress the IOC with its reach, the Americans routed the likes of Austria, Brazil and Israel in the opening round before reconvening with more familiar opponents in the later rounds.

One notable absence was Ueno, who missed the tournament with an injury. Team USA started to look a lot like the group currently playing for gold. In addition to the five current players who participated in 2014, the 2016 roster welcomed Ali Aguilar, Ally Carda, Aubree Munro, Janie Reed and Delaney Spaulding.

McCleney and Moultrie hit home runs in the final, but the tournament belonged to Chidester. She hit seven home runs before missing the final with an injury.

Ueno returned for a tournament hosted in Japan as prelude to the Olympics, but so did another well known ace. Monica Abbott’s return to international competition transformed the American program. Abbott won more than half of Team USA’s game in the tournament and struck out 58 batters in 26 innings — although Ricketts started the final, with Abbott coming on in relief.

It seemed difficult to imagine the teams could play a closer game than Team USA’s eight-inning semifinal win, but they pulled it off with a final that was among the wildest games in the history of the rivalry. After Japan scored twice in the top of the 10th inning on a Yamato Fujita home run, the U.S. rallied for three in the bottom of the inning on RBI hits from Delaney Spaulding and Aubree Munro and Kelsey Stewart’s walk-off single.

Carda, Chidester, Dejah Mulipola and Bubba Nickles are the only current Olympians who were not part of the 2018 roster. Interestingly, Danielle O’Toole, who is pitching for Mexico in these Olympics, was part of the U.S. roster three years ago and pitched in the final game.

Overall in the Olympic interregnum, Japan went 2-1 in finals in which it had Ueno, who has a 1.29 ERA and 21 strikeouts in 16 innings in this tournament. The lone loss came the only time Team USA had Abbott, even if she wasn’t the deciding factor in the wild 2018 gold medal game.

More of Team USA’s Road to Tokyo from D1Softball