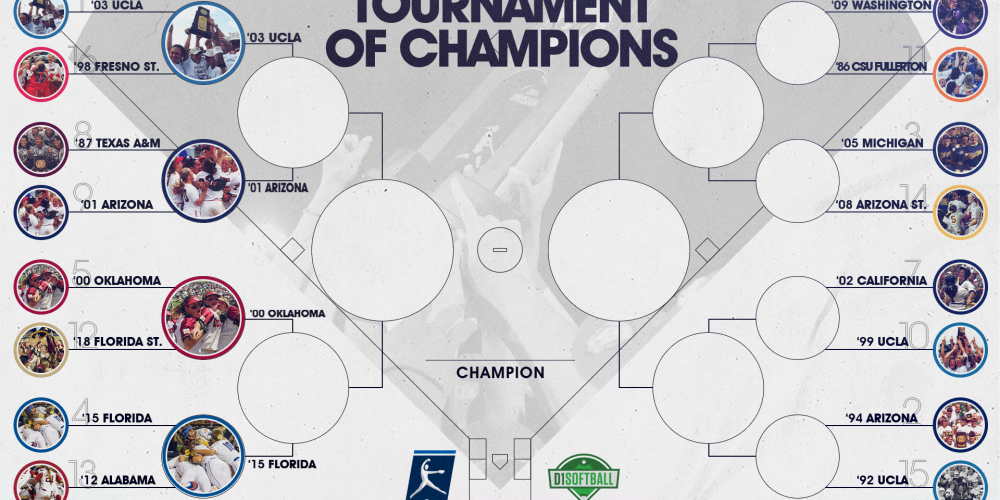 In absence of the 2020 WCWS, we bring you the Tournament of Champions! We teamed up with the NCAA to pick the Top 16 teams to walk away with the highly coveted national title. After a hotly contested first round of games, we have 8 teams remaining.

Here’s an in-depth look at the four teams remaining on the LEFT SIDE of the bracket. Make sure you vote on your favorite Championship team so they can advance to the next round! 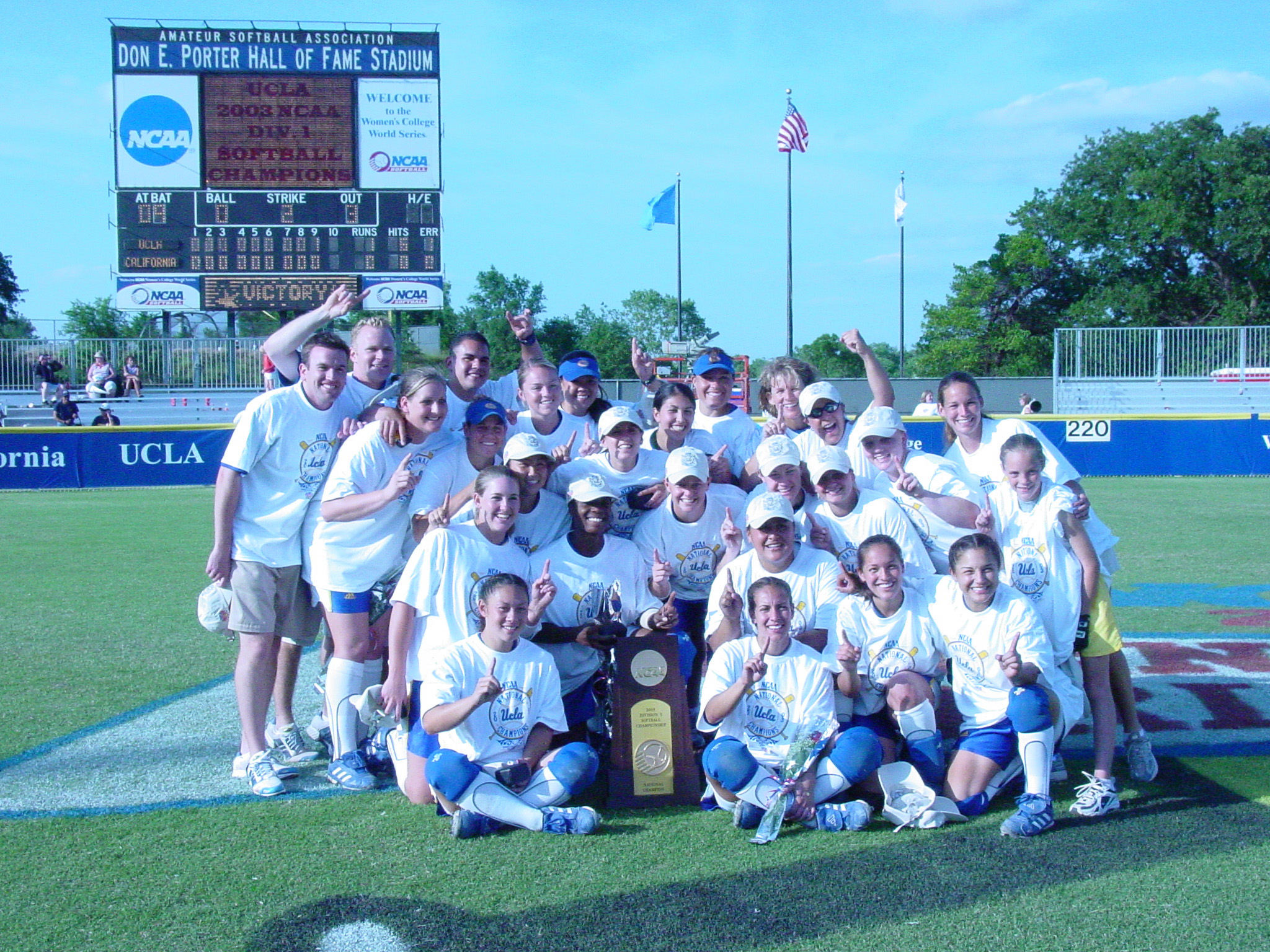 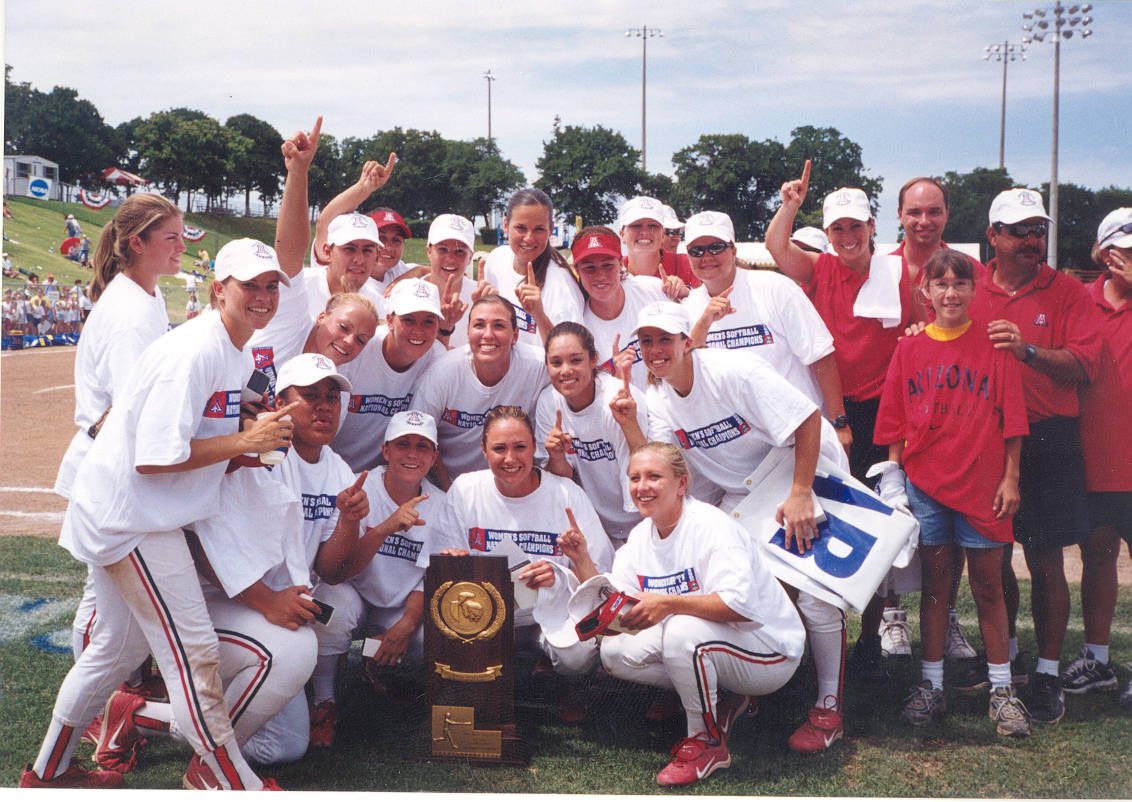 Every Arizona game in the WCWS was decided by a single run. The Wildcats arrived in Oklahoma City to play a familiar opponent, No. 6 California Bears. The Cats picked up their first victory over the Bears due in part to a line-drive homer by Toni Mascarenas off the left-field camera tower for a 3-2 win. Arizona took on the defending national champions in their second game of the series, Oklahoma, only to fall behind, 4-0. The Cats went onto make a historic comeback in extra innings to beat OU, 5-4. After a 1-0 win over Stanford, Mike Candrea and his squad faced long-time rival, UCLA in the championship game for the seventh time in history. Amanda Freed started in the circle for the Bruins in a head to head matchup against Jennie Finch. UA scored in the fourth on a homer to right by catcher Linsey Collins, her third WCWS home run and thwarted a seventh-inning rally to take home their sixth national title

Players To Note:
Jennie Finch
Junior Pitcher
The junior pitcher went 32-0 and won the Honda Softball Award as was named UA’s fourth National Player of the Year. The tall right-hander finished the season with a 0.54 ERA and held lead her team to three WCWS victories. Finch was successful at the plate as well hitting .313 with 11 home runs and 57 RBIs. 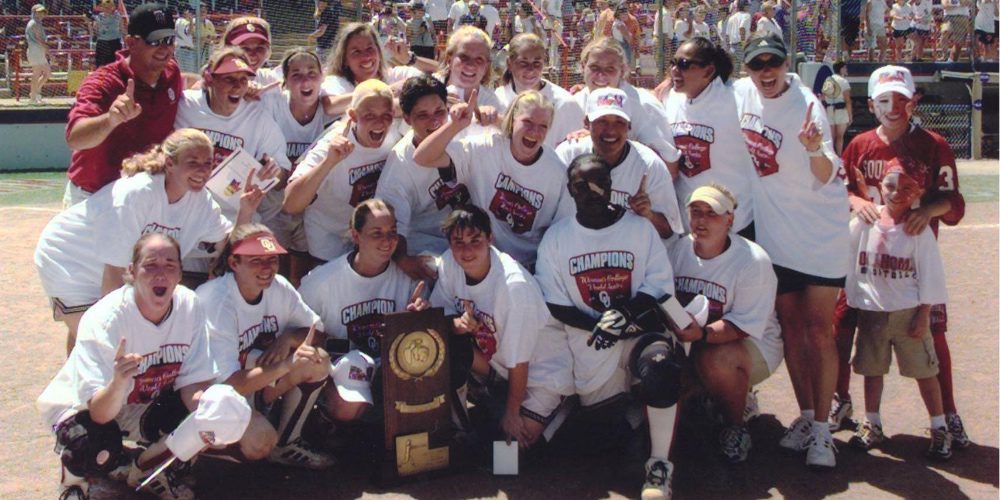 Oklahoma’s title run was historic on many levels. Not only was it the first national title in program history, but the first by any OU women’s program. The Sooners beat UCLA 3-1 in front of a then-WCWS record crowd of 8,049 in Oklahoma City. Jennifer Stewart held the Bruins to one run in the clinching victory despite striking out just one batter. The Sooners overcame a 13-strikeout performance against UCLA’s Amanda Freed by registering eight hits, including a two-run home run by All-American Lisa Carey. The national title came in head coach Patty Gasso’s sixth season at the helm. Oklahoma’s 66 wins were the most in a single season in program history.

Players To Note
Lisa Carey
Junior
Infielder
The All-American first baseman hit a two-run home run in the third inning of the title-clinching win over UCLA. It was Carey’s second home run in as many days after hitting a game-winning solo shot in the semifinals against Arizona. The Big 12 Player of the Year finished the season leading OU in batting (.405), hits (90), home runs (20) and RBIs (77).

Jennifer Stewart
Sophomore
Pitcher
Stewart earned victories in all four of Oklahoma’s WCWS wins, and was named the WCWS Most Outstanding Player. The third-team All-American finished the season 34-6 with a 1.34 ERA and 171 strikeouts. 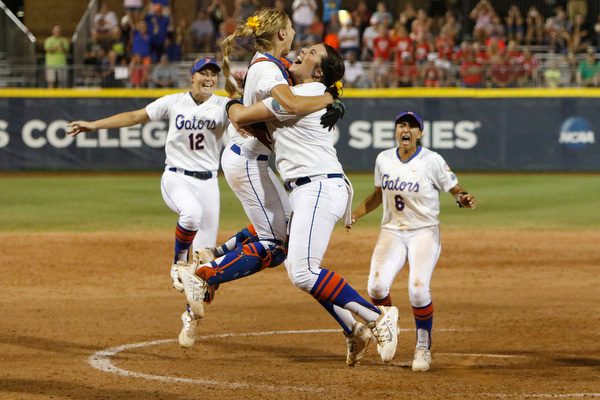