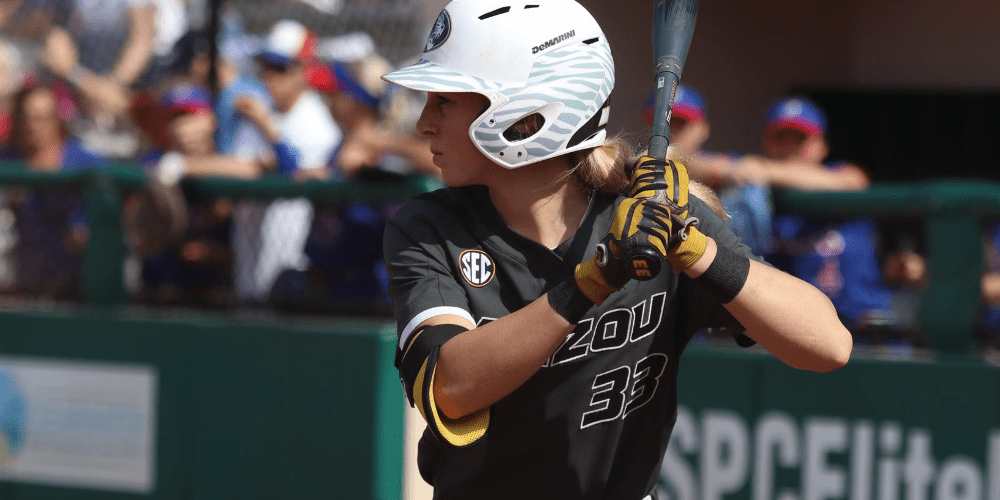 All 41 games at the St. Pete-Clearwater Invitational will be broadcast by ESPN.  Of those 41 games, 12 will be broadcast over the air on ESPNU, SEC Network, or ESPN2. The remaining games will all be available on ESPN3 and the ESPN app.

These will be the first games of 2020 broadcast by the network, and will feature much of the broadcast team that has handled the Women’s College World Series over the last few years, including Beth Mowins, Michele Smith, Amanda Scarborough, Kayla Braud, Danielle Lawrie, and several others.

The featured broadcast of the weekend will be the tournament’s last game, featuring the last two NCAA Champions, 2019 champion UCLA and 2018 champion Florida State. Tickets for this event sold out very quickly, but people all around the country can overdose on softball broadcasts this weekend thanks to this ESPN event. (Amy Symons Hughes)

There is no hotter team in the country offensively than Texas. The Longhorns finished 6-0 last weekend at the Texas Classic, batting .486, slugging .801 and scoring 13 runs per game while setting a program record for run-rule games. The surge was sparked by two-way star Miranda Elish, who hit an outlandish .818 (9 for 11) with four home runs, including her second career grand slam, three doubles, seven runs scored and 17 RBIs. The Longhorns are taking a step up in competition this weekend, with Friday’s slate featuring games against Utah and Tennessee.

Tennessee capped an eventful trip to Arizona with a 3-1 record at the Kajikawa Classic. The Lady Vols, who suffered their lone loss against Arizona, 8-0 in five innings, were a few outs away from being 4-1. Their game against Western Michigan was halted in the bottom of the fourth to enforce a hard-stop time to allow WMU to travel home. They needed to reach five innings for the game to count. Tennessee has played without sophomore ace Ashley Rogers (injury). But the absence could pay off in the long run with crucial experience for the new pitchers on the roster – freshman Callie Turner, sophomore Samanthan Bender and freshman Anna Hazelwood.

Utah, picked to finish tied for last in the Pac-12 preseason poll, opened some eyes with a 5-0 start at the Kajikawa Classic. Sophomore Sydney Sandez was 4-0 with a 0.98 ERA and Alyssa Barrera is batting .583. Former Ute Anissa Urtez is part of the Mexican national team roster that will play against the Utes on Sunday.

Ole Miss, rocked by an abrupt coaching change, is off to an inauspicious start, going 0-5 in the NFCA Division I Leadoff Classic. Colorado State is 4-1 behind senior third baseman Corina Gamboa (.429). Cal Baptist has started 2-3 in its second year as a Division I program. Junior shortstop Abby Robertson, a Utah transfer, is batting .400. (Rhiannon Potkey)

The tournament kicks off early Friday morning with a matchup between Bryant and Long Beach State. The host Arizona Wildcats play back-to-back games on Day 1 against Long Beach State and Northern Iowa. The headliner for the tournament will be on Saturday afternoon when No. 3 Arizona meets No. 4 Oklahoma.

Arizona barreled through opening weekend going 5-0 at the Kajikawa Classic, run-ruling then-No. 12 ranked Tennessee. Arizona tallied a total of 10 home runs, five of those in a single game against Western Michigan. Reyna Carranco (.533) led the team in batting and Malia Martinez piped four doubles to begin her senior campaign. Sophomore Izzy Pacho looked very comfortable behind the plate starting every game for the Wildcats.

Arizona used four of the five pitchers in their rotation relying heavily on Mariah Lopez and Alyssa Denham. Lopez picked up three wins and recorded 20 strikeouts in just 11.2 innings of work. Denham earned two wins in 13.2 innings of work, including a victory over Tennessee. Lopez will face her former team, Oklahoma, for the first time since transferring from OU in the fall. Adding to this preseason showdown, OU pitcher Giselle Juarez is a former Pac-12 (Arizona State) player.

The Sooners played a pair of close games against BYU and George Washington. Shannon Saile picked up a win in the circle and two saves for the Sooners with 24 strikeouts. (Tara Henry)

Oregon and Oregon State are both in the field, but the Pac-12 rivals won’t be facing each other in Texas. Oregon’s enhanced pitching depth has paid immediate dividends, and helped take the load off Jordan Dial. The Ducks used four different pitchers to get off to a 5-0 start. Junior transfer Brooke Yanez earned NFCA Pitcher of the Year honors after picking up three wins, including 17-strikeout, no-walk performance against BYU. Oregon State junior Mariah Mazon threw her first career no-hitter last weekend and hit her first career home run while batting .600 overall at the Rebel Kickoff as the Beavers finished 4-1.

The fifth year of the event is the largest one yet, featuring 10 schools from each conference. Each program will play four games at five ACC host sites.

The results between Big Ten and ACC schools playing in the St. Pete/Clearwater Elite Invitational will also count towards the Challenge standings, with Florida State, Virginia Tech, Minnesota and Northwestern participating. The conferences have split the previous four Challenges. The ACC won in 2017 and 2018 and the Big Ten won in 2016 and 2019. (Rhiannon Potkey)