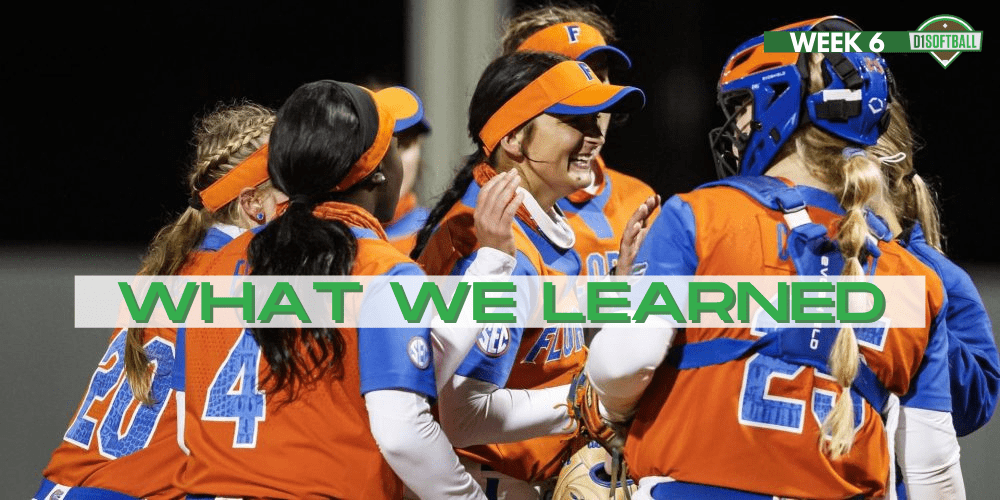 What We Learned: Week Six

As the college softball season heats up, we continue to learn more and more about all the teams around the country.

With conference play in full effect, there were several close series outcomes, including Alabama’s win over SEC foe Tennessee, the slugfest between Georgia and Missouri and the new four-game Pac-12 format.

Here’s what we learned during the sixth week of play:

• Florida shut out Mississippi State. Not just in Sunday’s 8-0 win but for the entire weekend. It’s the first time the Gators didn’t allow a run in an SEC series since 2017, when Kelly Barnhill, Delanie Gourley and[…]