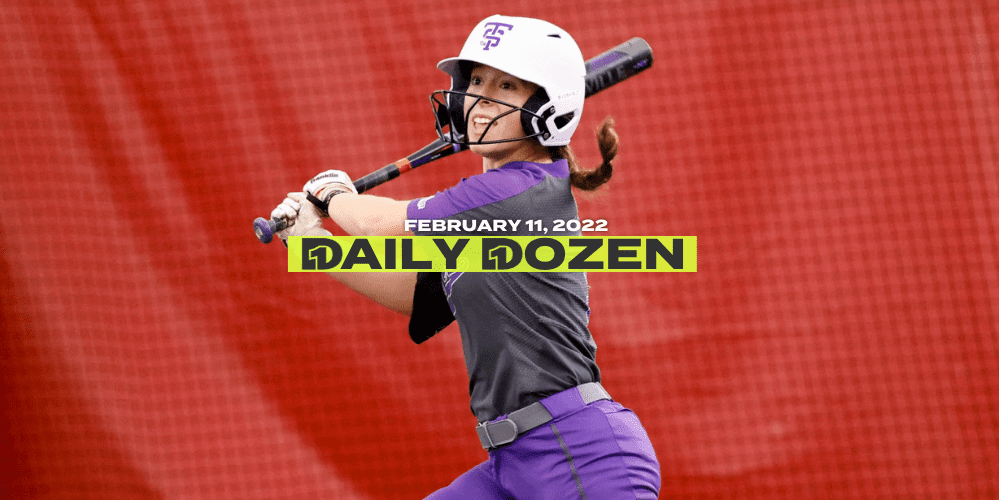 1. It took Duke a few innings to work out the kinks, but once the Blue Devils got going they shifted into high gear. Behind a three-hit shutout from Peyton St. George, web-gem worthy defense and home runs, No. 13 Duke beat No. 3 Oklahoma State 4-0 at the Kajikawa Classic in Tempe, Ariz. Duke started the day locked in a 4-4 tie with Cal Baptist through the first inning, largely due to errors. The Blue Devils then exploded for 11 runs in the next three frames for a 15-4 win. They provided better defensive support for St. George in the win over OSU, including Kyla Morris flashing the leather with a diving snag in left field. St. George, the graduate senior ace, struck out nine batters while issuing just one walk to give her dad a victory birthday present. Caroline Jacobsen, Jameson Kavel and Kristina Foreman took care of the offense with home runs. For anyone paying attention the last few years, this is not surprising for Duke. The Blue Devils have defeated a top 5-ranked team in early season tournaments in three straight seasons (No. 5 LSU in 2021, No. 4 Texas in 2020).

2. FGCU takes down No. 9 Texas. Hailey Dolcini and the Longhorns took care of Valerie Cagle and No. 14 Clemson earlier in the day. So on paper, Texas shouldn’t have a problem the rest of the way at the FGCU Kickoff Classic, right? The Longhorns quickly learned that wasn’t true. FGCU fell behind early to the top ten team, but the tournament host didn’t waver. The Eagles had rallies in the second and third innings that benefited from Texas errors and a wild pitch. This might not be the underdog story of the 2013 Men’s Basketball team that made a Sweet Sixteen as a 15-seed, but serves as a reminder why games aren’t played on paper.

3.  Tiare Jennings is on a record pace. An Oklahoma hitter is on an unprecedented pace? Stop us if you’ve heard this one before. But it’s true. Jennings hit two home runs in No. 1 Oklahoma’s 5-0 win against Loyola Marymount. It was her second game in a row with two home runs and gives her 31 in 62 games with the Sooners. That’s one more than Jocelyn Alo at the same stage and three more than Lauren Chamberlain. Meanwhile, Sooners freshman Jordy Bahl finally allowed a runner as a collegian. But only one. She struck out six in three shutout relief innings (although she did encounter momentary adversity with slightly picky illegal pitch calls). Oh, and Alo hit home run No. 90, tying Stacey Nueveman for fourth place in the record books. Just another average day for the Sooners.

4. UConn snagged its most impressive result in four years with a 6-2 victory against No. 10 Missouri. But it wasn’t either of the returning co-aces responsible for 90 percent of the team’s innings a season ago who led the way. UConn handed the ball to Marybeth Olson, and the grad student who pitched just 27 innings in 2021, worked into the sixth inning against the SEC team that was a win away from the World Series. And when Olson tired, the Huskies turned to even more untested freshman Elise Sokolsky to close out the upset. Missouri was ultimately fortunate to come away with anything from the day, escaping an earlier upset at the hands of Penn State when Kim Wert’s walk-off single capped a two-run rally in the bottom of the eighth inning.

5. Virginia Tech head coach Pete D’Amour was excited about adding pitcher Emma Lemley to the program. The highly-touted freshman showed why in her college debut. Lemley struck out 16 batters in a 5-4 victory over Wisconsin. Lemley gave up only one hit and one earned run in 6.2 innings pitched. She wasn’t perfect. She walked eight batters. But Lemley displayed her potential, and will help give the Hokies some relief for senior ace Keely Rochard. Speaking of Rochard, she recorded her usual double-digit strikeout game in the nightcap against another Big Ten opponent. The reigning ACC Pitcher of the Year had 15 Ks as the Hokies beat Northwestern 3-2. Rochard gave up three hits and one earned run while walking two.

6. The nation’s ERA leader a season ago, Michigan picked up where it left off. Plenty of softball teams learn the hard way that you can’t give an opponent extra outs. Except that in the case of Michigan’s Alex Storako, you could forgive an opponent for turning down the extra plate appearances. Storako capped an 18-strikeout performance in her first start by striking out four consecutive Illinois State batters in the seventh inning — three of them after a dropped third strike allowed the leadoff runner to reach base. Earlier in the day, Meghan Beaubien cruised through a five-inning, two-hit shutout against UMKC.

7. Megan Bloodworth couldn’t have scripted her first career at-bat much better. The Alabama freshman belted a grand slam in the first inning of the Tide’s 11-0 season-opening win over Southern Utah. But Bloodworth didn’t stop there. Much like Washington’s Olivia Johnson did on Thursday, Bloodworth didn’t stop there. The 2021 Georgia Gatorade Player of the Year added another home run in the third inning on a solo shot with no outs. Transfer Ally Shipman (Tennessee) also hit a home run in her Alabama debut. Shipman was 2 for 3 with three RBIs. In her return from an ACL injury that sidelined her last season, sophomore Bailey Dowling hit a home run.

8. Eastern Illinois Lindy Milkowski joins the record book. When Valpo first baseman Ryan Milkowski took the field with her younger sister, Lindy, she probably didn’t think she’d watch her tie an NCAA record. But Lindy did just that. In back-to-back innings, the Eastern Illinois catcher hit grand slams against Valpo to tie an NCAA record. She also hit a three-run blast earlier in the day against St. Thomas. The three home runs she hit on Friday surpassed her season total last season while she was at Iowa.

9. Iowa’s secret weapon takes out No. 24 Liberty. Ranked as the cream of the mid-major crop entering the season, Liberty likely knew it would have its hands full with Iowa’s Denali Loecker. Just not like this. As a freshman, Loecker earned second-team all-conference honors in the Big Ten after slugging .504. But the former two-way prep standout threw just 3.1 innings as part of a veteran Hawkeyes staff. She doubled that workload Friday, throwing a two-hit shutout as Iowa beat the Flames 7-0.

10. Old Western Pitching Duel. If you tuned into Stanford and San Diego State wanting to see offensive fireworks, this was not the game for you. Stanford’s Alana Vawter and SDSU’s Maggie Balint combined to strike out 19 batters, force 17 groundouts and only surrendered one walk. San Diego State put together six hits against Vawter but went 0-for-12 with runners on. The Cardinal manufactured the only run of the game in the third inning. Sydney Steele reached on a fielder’s choice, advanced to second on a wild pitch and scored on a Sydnee Huff single.

11. FSU’s newcomers didn’t waste any time contributing this season. Senior transfer Mack Leonard hit a home run and true freshman catcher Michaela Edenfield threw out a runner in a 12-0 five-inning win over Mercer. Leonard, a transfer from Illinois State, finished 3 for 3 with two runs scored and three RBIs. She tripled off the right-field wall in the first inning and homered over the same wall in the second. On her very first attempt in a college game, Edenfield threw out a runner trying to steal second in the first inning. (Georgia true freshman catcher Lyndi Rae Davis did the same in the second inning of UGA’s win over Longwood).

12. St. Thomas thrives in new surroundings. A year ago, Saint Thomas opened the season with the first of 10 games against St. Olaf College. The Tommies, from St. Paul, Minnesota, finished that season against DePauw in the NCAA Division III College World Series. They opened this season in a tournament hosted by DePaul. That’s only a letter removed from DePauw, but it’s a world away in softball terms. The first school to move directly from Division III to Division I — the NCAA granted an unprecedented waiver — St. Thomas began its Division I softball life by beating Ball State and Eastern Illinois in the DePaul event. One of the few seniors on a team loaded with freshmen and sophomores, Megan Baniecke picked up the first win in the circle and keyed the fifth-inning rally that secured the 6-5 victory against the Cardinals.

BONUS: Oregon’s Jas Williams (formerly Sievers) returned to the field Friday for the first time since 2020. The 2019 All-Pac-12 First Team honoree redshirted last season while pregnant with her son, Zee. Williams started at shortstop and went 2-for-3 with a pair of RBIs against CSUN.