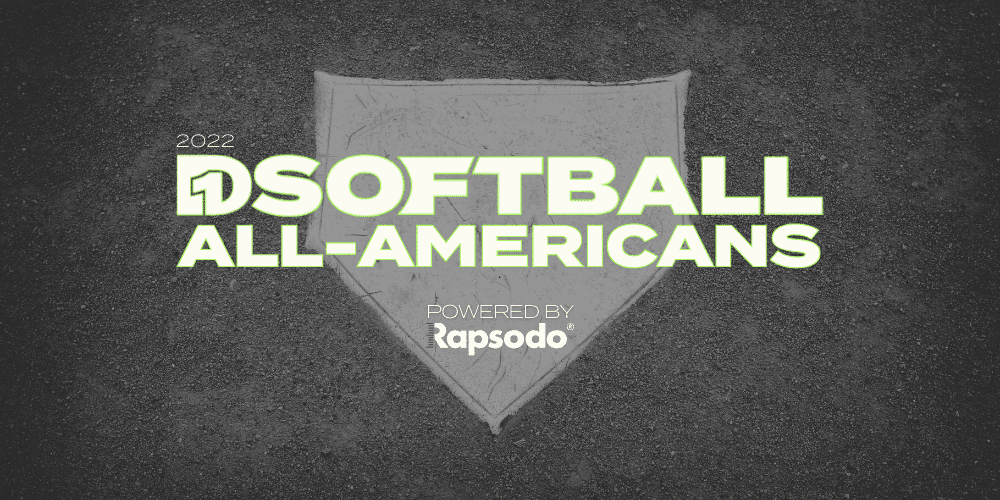 It shouldn’t shock anyone, but nearly half of our 34 All-Americans will be in Oklahoma City this week. The Women’s College World Series is for the most talented teams, and talented players usually drive their success.

The top-seeded and defending national champion Oklahoma Sooners have the most All-Americans with five players. Jocelyn Alo, Tiare Jennings, Grace Lyons and Jordy Bahl are first-team honorees and Jayda Coleman made the second team. Arkansas and UCLA are the next closest with three apiece. The Razorbacks have all first-team selections in Hannah Gammill, KB Sides and Danielle Gibson while Bruins feature Delanie Wisz, Brianna Perez and Megan Faraimo on the second team.

The Big 12 has nine players represented. Oklahoma State’s Kelly Maxwell and Miranda Elish and Texas’s Janae Jefferson and Hailey Dolcini join the five Sooners. The SEC had eight, the Pac-12 had seven, the ACC and American each had four, while Northwestern’s two selections were the only Big Ten players.

D1Softball’s staff selects the preseason All-America teams with one guiding principle in mind: to identify the best and most valuable college softball players for the 2022 season.