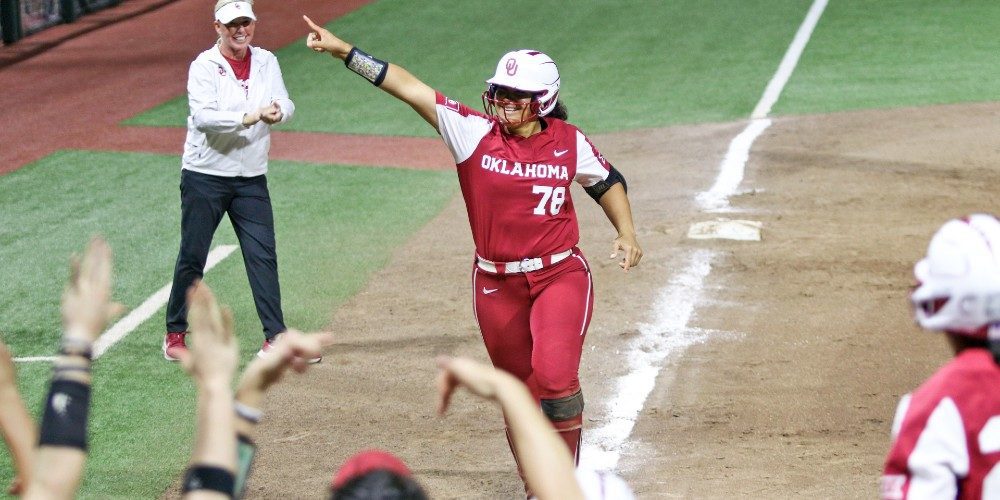 Considered the most prestigious individual honor in Division I softball, the award will crown its 20th winner at the conclusion of the season at the Women’s College World Series.

Alo, Corrick and Klingler bring veteran experience to the finalist group. Alo, the reigning award winner, and Corrick are both fifth-year seniors and Klingler is a true senior. They represent three different conferences and will all be participating in the NCAA tournament, which begins Friday.

Alo is the all-time NCAA career home run leader with 113 home runs entering NCAA play. The Big 12 Player of the Year leads the nation in slugging percentage (1.128) and on-base percentage (.622), ranks second in batting average (.481) and third in home runs (25).

Corrick finished the season leading the nation in innings pitched (266.1), wins (36), shutouts (20) and strikeouts (407). The nine-time American Athletic Conference Pitcher of the Week is 36-5 overall with a miniscule 0.53 ERA and only 31 walks. Corrick was the first player in conference history to be named AAC Pitcher of the Year four times.

The USA Softball Collegiate Player of the Year will be announced on May 31 at the team-only banquet before the NCAA Women’s College World Series in Oklahoma City, Okla. The award is voted on by coaching representatives across the country, members of the media and past award winners.