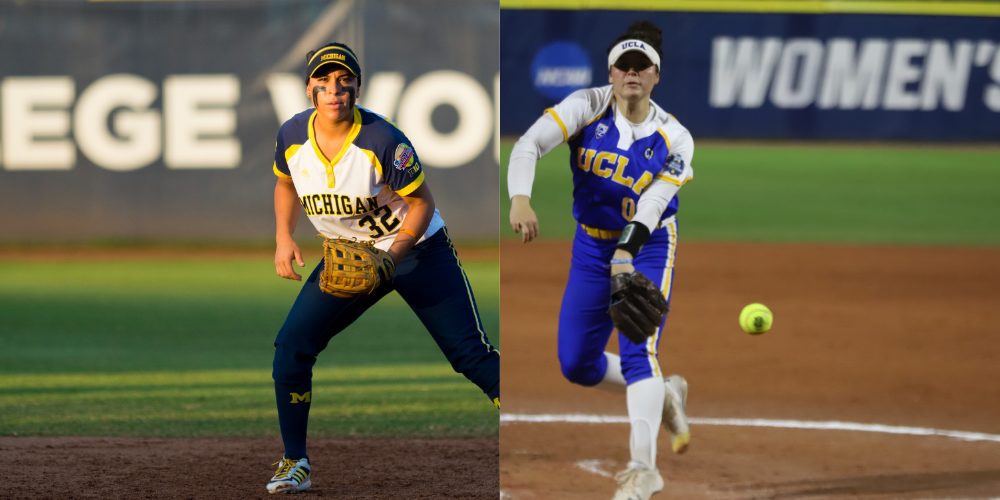 Two of softball’s biggest names are coming to Athletes Unlimited in 2022. And fans will have plenty of opportunities to watch Rachel Garcia and Sierra Romero, with the professional league announcing Tuesday that it will expand operations to include an additional two-week competition in June.

In a slew of announcements setting up its third year of operations, including the additions of Garcia and Romero and retention of defending champion Aleshia Ocasio among 35 signings, Athletes Unlimited confirmed the debut of “AUX.” A two-week standalone competition, AUX will run from June 13 through June 26. That follows closely on the heels of next year’s Women’s College World Series and encompasses the 50th anniversary of Title IX on June 23.

The new competition will feature three teams, 18 games and 42 players, compared to four teams, 30 games and 60 players in the traditional five-week “championship” season. The format for AUX remains the same. Players accumulating points based on individual and team performance and captains drafting new teams in each of three rounds of games.

The league has yet to finalize a location for the AUX competition.

The more familiar five-week championship season will return to the Parkway Bank Sports Complex in Rosemont, Illinois beginning July 29 and running through August 28. The league’s first two seasons began later and extended past Labor Day, to avoid competing with now-defunct National Pro Fastpitch in 2020 and to balance Olympic scheduling in 2021. The new summer dates allow AU to avoid football’s shadow.

AUX represents the league’s first efforts at what amounts to expansion, albeit mostly in the form of more games for the existing player pool as opposed to substantially increasing the number of players. It is also a test of how much traction the league has gained in two seasons, as AU looks to capitalize on the gravitational pull of the WCWS to reach a wider softball audience.

As former NPF commissioner, Kempf knows better than almost anyone that isn’t necessarily as easy as it sounds. Even with college softball all over ESPN for much of May and early June, that exposure never translated to a measurable surge of interest in the NPF seasons that followed.

A broadcast deal that involves ESPN (which showed AU’s debut season but was not part of the deal this past season) would make a difference. Perhaps understandably, the network promotes its own properties and largely ignores everything else.

No details on a broadcast deal for 2022 have been announced, but Kempf indicated the AUX and championship seasons will be bundled together in one deal.

Even if ESPN isn’t part of a package and there aren’t promotional spots running during the college season, AU believes its brand is strong enough to get the word out (the league’s official social media currently including nearly 100,000 combined follows on Twitter and Instagram and 15,000 Youtube subscribers — not including the social reach of its individual players).

“We hope that during college softball that people will learn a lot about AUX, really through the players that are rostered and through us getting the schedule out there and the location out there and the platform out there,” Kempf said. “If you look back at history, at the professional level, we need to have fans looking forward to the professional season. I think that’s exactly what’s going to happen with the positioning of AUX.”

The additions of Garcia and Romero won’t hurt in building interest, especially as the league heads toward its first year without recently retired legend Cat Osterman. Coming off a busy year in which she led UCLA to the World Series and competed in the Olympics, Garcia will now make her professional debut in AUX.

“After taking some time following the Olympics, I am excited to begin my professional career with Athletes Unlimited next season,” Garcia said in a league statement. “I’ve enjoyed watching several teammates and friends compete in AU, and I look forward to competing on the same field with the best players in the game.  AU is growing the game for professional female athletes and I look forward to being a part of something special.”

As for Romero, who joins sister Sydney as the second set of sisters in league history (Shelby and Nicole Pendley), the former Michigan star previously played professionally with the USSSA Pride. She brings a larger social following than even Athletes Unlimited itself boasts.

“It really gives her fans the opportunity to check out AU and see what it’s about,” Tori Vidales, who played with Romero in the past on the Mexican national team, told D1Softball. “It also brings people to the sport, like ‘Wow, Sierra Romero, she’s one of the best of the best in softball and she’s playing AUX.’ Hopefully that makes little girls want to grow up and play AUX too. We’re there for the dreams of the little ones and we really hope that they want to continue playing.

“We really just want to put on a show for them, and I know that Sierra Romero is going to come in and ball out.”

Tuesday’s announcement included signing 35 players, including 29 who will participate in both the AUX and championship competitions. The list includes both reigning champion Ocasio and runner-up Amanda Chidester, as well as Chidester’s Olympic teammates Haylie McCleney, Dejah Mulipola, Bubba Nickles and Kelsey Stewart.

Kempf said the league maintains a good working relationship with USA Softball and new national team head coach Heather Tarr. And the AUX list includes several players likely to be on the roster for Team USA in July’s World Games in Birmingham, Alabama.

Among those missing from the AU signings, at least for the moment, is Odicci Alexander, who finished 22nd in a successful and high-profile rookie campaign in 2021.

A member of the AU Players Executive Committee (PEC), Vidales said there was initially some thought that AUX might serve as a springboard for players who weren’t selected for contracts in the full season by the PEC. But as returning players and new signings like Romero are given the option to participate in both, most are choosing that route. As mentioned, 29 of 42 spots in AUX are already spoken for by players who also committed to the full championship season.

Only Gretta Cecchetti, Kelsey Harshman, Taylor McQuillin, Erika Piancastelli, Shannon Saile and Megan Wiggins are currently signed on for the championship season but not AUX.

Without going into specifics, Kempf indicated players will earn roughly equivalent pay for AUX as for the championship season, i.e. slightly more than 50 percent of what they make in the longer competition. That would put the bare minimum a player could earn if she played both seasons at something approaching $20,000, with most able to earn considerably more through performance-based bonuses during the season and based on the final leaderboard.

Vidales said the PEC was heavily involved in discussions about how to expand operations, from the philosophical framework down to details like what players will need in their AUX housing.

“The PEC was a huge part of the brainstorming,” Vidales told D1Softball. “We really wanted to give Athletes Unlimited players, and even other players that didn’t have the opportunity to play in the championship season, more opportunity to compete and more opportunity to earn money playing softball. To try and make this a career because it’s hard as a softball player.”

With that in mind, AU also announced Tuesday that 15 players received two-year contracts, marking a first for the league.

“It gives me a chance to go ahead and plan, which is a very scarce thing to have in softball because you never know what is going to happen,” Vidales said by way of example. “Having a two-year contract really does solidify that I’m going to be playing and I do need to keep training and that I can keep living my life without a whole bunch of question marks in between.”

The list includes Garcia but is generally made up of players who were part of the league in each of its first two seasons.

The 20 players below signed one-year contracts.