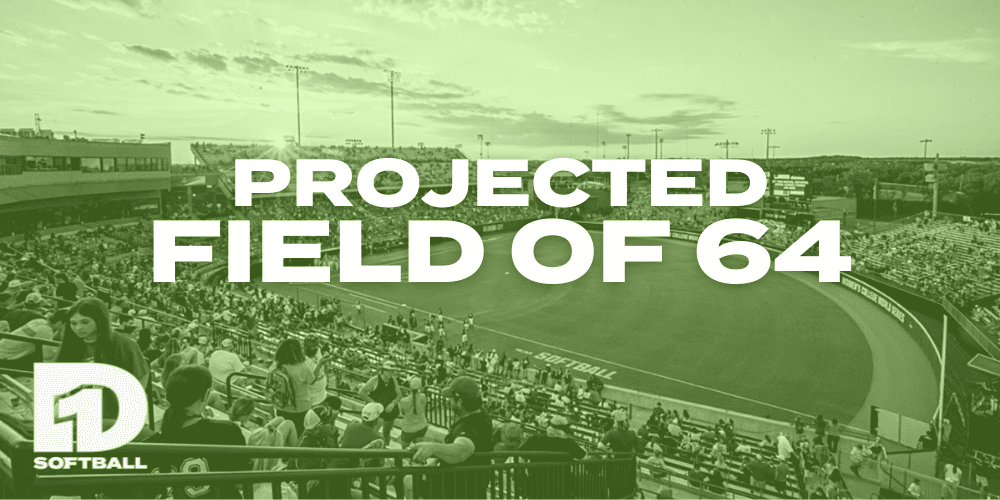 Selection Sunday is closer than we think. This week the team at D1Softball got together to discuss what the field of 64 would look like if the tournament started this week. Not the field that we would prefer, but a field based on what data and history tells us the selection committee would do if it filled out the bracket today.

The field at the moment is very Power Five heavy, as the SEC, ACC, Pac-12 and Big Ten all have at least five representatives in our exercise. Meanwhile, the American and Conference USA are the only other conferences that received at-large bids.

Oklahoma and UCLA earn the top two seeds without much debate. The SEC leads with five national seeds, although that is two fewer than the conference earned in the final bracket a season ago. The ACC, Big 12 and Pac-12 all received at least three national seeds, while the Big Ten earned one.

Note: For automatic bids, most of which will be decided by conference tournaments and not the regular season conference records, we selected the team with the highest adjusted RPI, as of April 4.