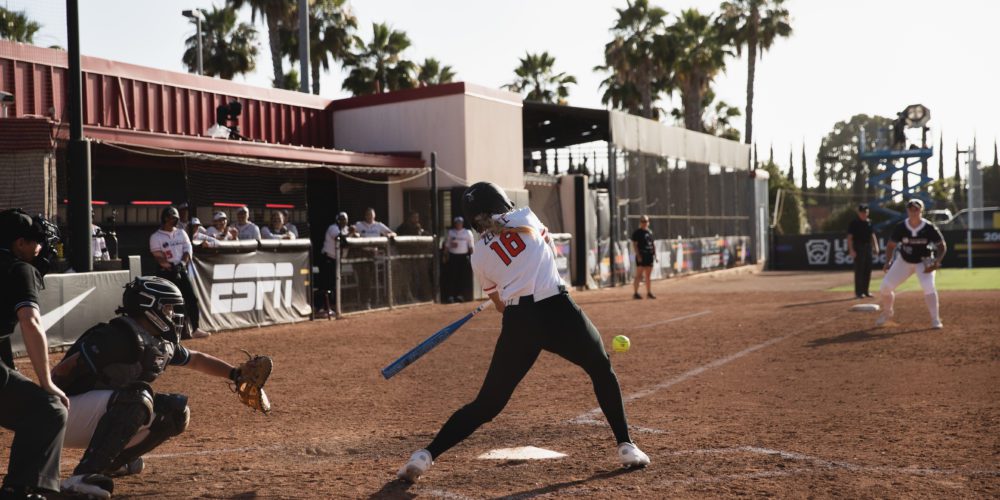 With the inaugural AUX championship on the line, all three team captains went for pitching in the opening round of the final draft – even the captain who knows a bit about pitching herself.

Team Zerkle ended up with four of the top seven players on the overall leaderboard, a list that doesn’t even include Corrick. In drafting Dejah Mulipola, Andrea Filler and Sydney Romero, Zerkle collected players ranked fourth, fifth and seventh in the race for the title.

Strategically, that means any of those players would need to outperform Zerkle in individual stats of MVP voting to pass her – they will all receive equal win points in Series Three.

Series Three begins Thursday with a doubleheader on the 50th anniversary of Title IX. Team Zerkle faces Team O’Toole in the opening game (ESPNU, 7 p.m. ET), before Team O’Toole stays on the field to face Team Fischer in the nightcap (ESPNU, 9:30 p.m. ET).

Full rosters are below, along with draft position listed in parentheses. Positions listed are those assigned by AUX: corner infield, middle infield, catcher, outfield, designated player and pitcher. Players are not limited to the assigned positions.