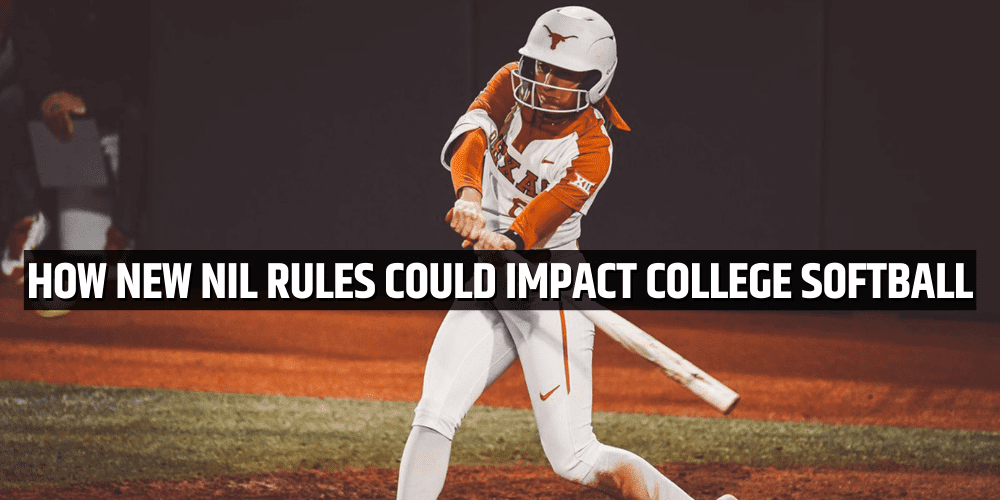 Texas senior outfielder Lauren Burke spent weeks preparing for one of the most seismic changes in the history of college sports.

On July 1st, athletes could begin earning money off their name, image and likeness without endangering their eligibility or putting their school in jeopardy of violating amateurism rules that have been in place for decades.

Burke knows she only has one year to capitalize on her status as a college softball player and wants to make the most of her opportunities.

The urgency, however, also comes with caution.

“I am eager to get going and to make a profit and all those things. But at the same time, I have to stay level-headed and stay in the moment,” Burke said. “I don’t want to sign a contract that could potentially limit me in the future or not read the fine print. I don’t want to feel taken advantage of and I don’t want to become this walking advertisement on social media.”

Athletes are also allowed to sign with agents or other representatives to help them acquire endorsement deals.

State legislators forced the NCAA to loosen amateurism restrictions by passing laws that prevented the NCAA from interfering with NIL compensation. The NCAA was hoping for federal assistance from Congress to create a universal NIL law before certain state laws took effect on July 1st, but the process bogged down over the last few months.

The NCAA Board of Directors approved a stopgap measure last week, instructing schools in states that have an NIL law on the books to follow state law while determining what their athletes can do and schools located in states without an active NIL law to create and publish their own policies.

“It’s still such a new thing that we don’t have a great understanding of how it’s even going to look. But I think these girls and women deserve every opportunity that we can give them, especially without professional softball being a way for them to make a living like the men can,” LSU head coach Beth Torina said. “Any way they can do this and help build their brand is awesome.”

Compared to many of their male counterparts, softball players are often at the height of their athletic popularity during their college years. The growth of the sport – best exemplified through the record-high TV ratings for this year’s Women’s College World Series – has increased their visibility and made them more marketable. Many have gained even larger followings through social media.

Players will no longer have to wait until they’re done playing to take advantage of a marketable moment in time. If they hit a game-winning home run or make a diving catch that goes viral, they can instantly create a T-shirt, film an advertisement or connect with a brand that wants to ride the wave of fame.

Leveraging their NIL power to make money is one way for female athletes to help narrow the gender disparity income gap.

“I certainly believe that the top male quarterback and wide receiver and the top male basketball player will probably be at the top of the list in terms of how much they earn through NIL. But I think a year from now when we look at the totals earned by male athletes compared to female athletes, I actually think the females will prevail overall there,” said Darren Heitner, a sports law professor based in Florida who helped draft the state’s NIL law. “I think there will be more opportunities for them, and I think a lot of them have better stories to tell and may even be better storytellers. They have done a very good job building up their brand on social media. I think a lot of people will ultimately be surprised at the end of the year to see how well some female athletes do.”

Burke has a large following on social media, with 384,200 followers on TikTok and 81,400 followers on Instagram. During the first few hours of the NIL changes, Burke received pitches to promote hygiene products, nutritional supplements, food and more. She joined the personalized video service Cameo and became a Barstool Athlete.

“I’ve had quite a few brands reach out and I have not said yes to them yet because I just don’t know enough about them,” Burke said. “NIL is not a one-day thing. It’s not going away, so I don’t need to make a decision or sign with a brand to represent them until I feel like I am fully aware of everything they represent.”

Texas and other schools prepared for the new era by hiring NIL consultant companies like Opendorse, INFLCR and Altius to give their athletes the knowledge and tools to maximize their brand and platform and educate them about financial literacy.

Wisconsin created an NLI readiness program called “YouDub” in partnership with Opendorse to help its athletes take advantage of the rule change.

“I think it’s great that a kid can start getting business experience now,” Wisconsin head coach Yvette Healy said. “We have a lot of our softball athletes that go on to start their own business, whether it’s in the health, wellness and fitness profession or doing their own camps and teaching the game. Why not let them start while they are in college and start growing that name and that brand to start helping support them and their families and get that experience as entrepreneurs.”

The money-making opportunities for softball players are wide-ranging. They can be sport-specific, like repping gloves and bats, or have a broader theme by endorsing lifestyle brands and food products. They can be national or regional, involving money or free goods to promote.

Given softball is an equivalency sport and most players don’t get full-ride scholarships, even a modest amount of money can help.

One obvious entrepreneurial venture is conducting camps, clinics or lessons. In the past, players rushed to take advantage of their fame once they graduated. Now, they can start while still in college to gain more longevity in earnings.

“In their college town or in their hometown, a lot of these women are local celebrities and kids will definitely want to take part in their camps and clinics,” said Carly Tower, an account executive at Altius who played volleyball at Dartmouth. “They have opportunities to pour into the next generation of athletes, especially in today’s day and age with all the social movements going on. It’s great to have that personal connection with the sport.”

Before players are tempted to make a quick buck, Tower advises them to get educated about the NIL process and find trusted individuals they can turn to for guidance. She warns about associating with brands they haven’t fully researched and companies that may tarnish an athlete’s personal brand-building efforts.

“With all these incredible opportunities they should absolutely take advantage of, there is a lot of responsibility as well. It’s not a bad thing or a scary thing, but it’s about keeping them all in balance and knowing what you are getting into,” Tower said. “They have to realize there are tax implications or liability insurance when running a camp and hiring employees. All those things tend to widen a student-athlete’s eyes and a light bulb goes off when they hear that.”

Nobody in college athletics is exactly sure what the future holds with the NIL changes, and many expect a few rough patches along the way as everyone adapts to the new reality.

“There are going to be some really positive things to come out of this and some unintended consequences that are negative for student-athletes,” Florida head coach Tim Walton said. “I think as coaches, we will do right by our athletes and give them all the resources we need to be able to have their own opportunities to take advantage of name, image and likeness as they navigate through this process.”

Tower and her colleagues at Altius have fielded concerns from coaches at schools they are advising.

“With any new kind of layer, the team dynamics has to be considered,” Tower said. “If one student-athlete is getting all the deals and the rest of the team isn’t, what is the team culture like? How is that going to affect performance, camaraderie and trust and all the important things you work so hard to build.”

Campbell head coach Sharonda McDonald-Kelley doesn’t expect many of her players to sign big endorsement deals. But she is just glad they can benefit from NIL in any way without fear of breaking rules.

“I think there is the potential for so many positives that can come from this and it can change the landscape of sports,” McDonald-Kelley said. “I think it’s going to be a little bit of a circus to start off with, but hopefully it settles in and players have the opportunity to win from some of these things.”

Softball players have the luxury to watch other sports go through entire seasons before their spring season arrives. They can see how the market reacts and what changes to NIL may happen in the ensuing months.

As grateful as Burke is to be on the ground floor of the historic change in college athletics, she hopes to avoid any pitfalls that could sidetrack her final year at Texas.

“It’s definitely going to be necessary to have conversations with the team about prioritizing our sport because that is why we came to Texas,” Burke said. “It’s not about prioritizing making money over what we worked our whole life for – to compete with each other and win championships.”