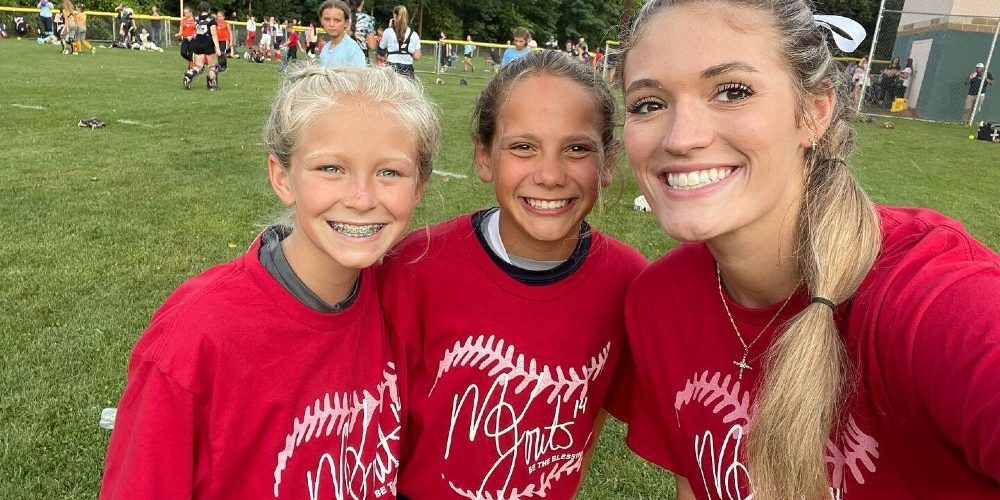 Montana Fouts can wish you a Happy Birthday. She can congratulate your cousin on passing his law exam or send an inspirational message to your daughter. She can even share an inside joke among friends.

The Alabama senior pitcher has done all of that and much more since joining Cameo, the video-sharing website that allows celebrities to send personalized messages to fans.

It is just one way Fouts has already capitalized on her fame since the NCAA lifted restrictions on college athletes making money off their name, image and likeness.

Booking Fouts on Cameo cost $55 for an individual and $385 for a business.

“It’s been really interesting. I don’t want to do too many at one time because I want to be authentic and genuine for every single one,” Fouts said. “They are paying for you to give the best possible message that can be genuine and be a good influence.”

It’s not a surprise Fouts would be a marketable athlete in the NIL space. She has all the attributes to earn money and attention.

Cameo revealed its top 10 most in-demand athletes last week and Fouts ranked No. 1, ahead of men’s basketball and football players.

“I guess I was a little bit surprised because I know how awesome Cameo is and I know a lot of people are on there too,” Fouts said. “If anything, I am grateful because I was the only female on the list, which is awesome to be from softball.”

Fouts was ready to take advantage of the NIL opportunities that have come her way.

Alabama created The Advantage earlier this year to help educate and equip Crimson Tide athletes with the tools necessary to build and elevate their personal brands.

“I am really comfortable working with him and we are on the same page with a lot of things. It’s all about the person first as far as not being all about money,” Fouts said. “I am grateful for my support staff and little personal army helping me handle everything. This is all kind of like getting recruited again for the first time. It’s exciting to get those feelings back again.”

Last month, Fouts launched her personal website, Montanafouts14.com, where she sells merchandise with her own logo and provides information on any future camps she may be hosting.

Her list of sponsorship deals will be expanding in the near future.

“There are a lot of great companies in the works that I am really excited about. It’s just about making sure it’s the right fit,” Fouts said. “I am trying not to do something that is going to hurt me in the long run, because my No. 1 priority is me as a person and what I am giving off and how I am as a role model because there are so many young girls watching college softball right now and I want to be good for them and what they see.”

Aside from wanting to connect with more softball-related companies, Fouts has a few aspirational deals she’s love to make happen – a cowboy hat sponsorship and the chance to drive a 2017 white Chevy truck with a lift.

“That is my dream right there,” Fouts said.

There is good news for any fans wanting to connect with Fouts on Cameo while she’s still an Alabama athlete. She’s not ready to leave college.

Fouts plans to take advantage of the extra year of eligibility the NCAA granted because of Covid and return to Alabama for the 2023 season.

She’s doing it to pursue more titles and spend more time with her teammates.

But there’s now an extra incentive for most female athletes. Thanks to NIL, college is a much more lucrative platform than most professional leagues.

“I want to keep playing softball so it’s a really easy decision,” Fouts said. “If the coaches will have me back, I will be there.”