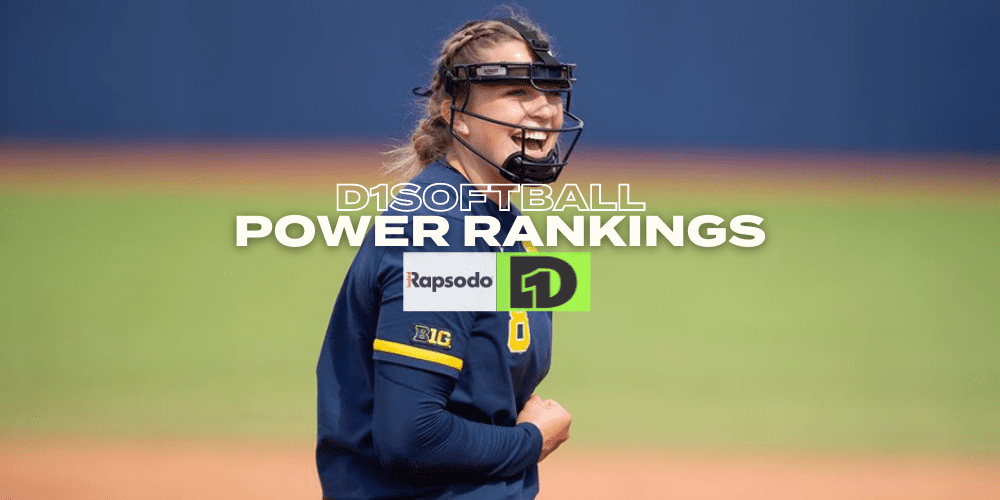 Our power rankings are based upon identifying the best and most valuable college softball players for the 2022 season and will be released bi-monthly throughout the season.

Montana Fouts holds her top spot from the preseason rankings. The Alabama ace has struck out 66 compared to her seven conceded walks. She also has only yielded an opposing batting average of .111. USF’s Danielle Williams earns a spot after carrying the load as Northwestern has continued to knock off ranked opponents. Georgina Corrick joins the ranks with an eye-popping 0.13 ERA through the first three weeks. At the St. Pete Clearwater Elite Invitational, she allowed one earned run in 28 combined innings against Michigan, Notre Dame, Oklahoma State and Wisconsin. Check out the rest of the rankings below:

Kinzie Hansen and Kayla Kowalik have started the season exactly where they left off. Hansen continues to be an important piece in the ferocious Sooner lineup. Meanwhile, Kowalik, who is known for her bat, has already thrown out more runners this season than all of last year. Check out the rest of the rankings below: