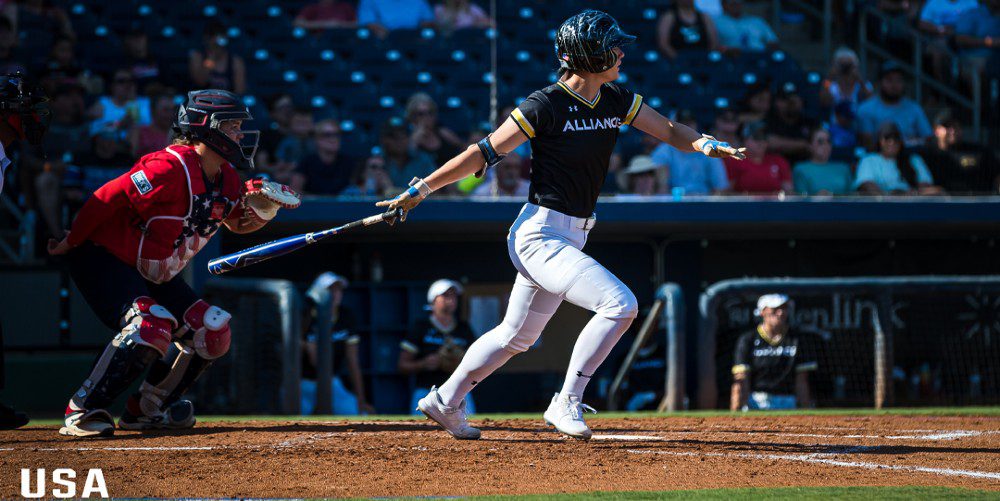 College players will have the chance to improve their own games in the summer while inspiring the next generation of players thanks to the creation of a new barnstorming series.

The Alliance Fastpitch is launching its inaugural Collegiate Summer Series this summer. The series will be played in conjunction with some of the largest youth softball tournaments across the country.

The series was created to provide a competitive platform for college players while increasing the college game’s overall exposure. Not all youth players have attended college games or had direct access to college stars, and the series will show them what it takes to reach the next level.

Headlining the Collegiate Summer Series will be the return of Team Alliance, which was created last summer to compete against Team USA in preparation for the Tokyo Olympics.

The Alliance Fastpitch is working with event operators and Alliance member leagues to host Collegiate Summer Series games throughout the country. The series currently consists of five events with games between Team Alliance, regional college All-Star Teams created by Alliance member leagues, and the USSSA Pride and Vipers of the WPF.

“The visibility of college softball on national television has created superstars in our game,” said Jami Lobpries, CEO of The Alliance Fastpitch. “It’s important to put these stars in front of our youth players both to enhance their visibility and to provide these youth players with unique access to their role models.”

Full rosters for Team Alliance will be announced as college players commit to each series.

Oklahoma State’s Kelly Maxwell, Texas A&M’s Haley Lee and Wichita State’s Sydney McKinney are among the players who have committed to play in at least one series.

“I’m excited to play for Team Alliance because it brings together some of the best names in college softball. I played with the team last year against the USSSA Pride and had a blast,” McKinney said. “I want to continue my softball career after college at the professional level and this gives me the opportunity to gain experience against pro level teams.”

Along with providing the college players with a chance to develop, the Collegiate Summer Series will give them an opportunity to use their name, image and likeness (NIL) to make money and secure sponsorship deals. Players can sell merchandise, sign autographs and work clinics to monetize their athletic success and popularity.

“Last year when we were in Texas and Montana Fouts was throwing for us, the autograph line for her was out of the stadium,” Lobpries said. “If she had Montana Fouts jerseys, she could have maximized that opportunity. Those fans would have killed to have a 14 Fouts shirt to wear. That, to me, is why putting them in front of youth players is so powerful to help that college player’s brand even more.”

Most stops on the series will feature three games, and Team Alliance is targeting a core group of college players to appear at multiple locations. Others will appear in regions located close to their hometowns or colleges.

The Alliance Fastpitch covers all the travel expenses for players, and have worked in conjunction with sponsors and event hosts to help.

The series provides another opportunity for college players to receive game action during the summer. The Florida Gulf Coast League (FGCL) began in 2020, and other college summer leagues have sprouted in other areas of the country.

“For some players, it makes a lot of sense to go down to Florida and stay there to get even more reps. But some players may prefer what we are doing and others are getting ready for the Japan Cup with Team USA and need a couple of games and we can give that chance to them,” Lobpries said. “All we are trying to do is provide another option for the players. There is a need in our game for more organized summer competition. Baseball has a lot of college summer leagues, and softball has a growing demand for them.”

Maxwell can’t wait to return to Team Alliance once Oklahoma State’s season is over and become one of the inaugural players to take the field in the new series format.

“I am looking forward to maintaining what I am doing now and being able to stay sharp,” Maxwell said. “I am not sure which ones I will be playing yet, but they are playing at some really cool places. It’s cool to see the game spreading just for summer ball.”

〈
Previous Article Around the Nation: Six conference tournaments you should be watching
Next Article 2022 College Softball Coaching Carousel
〉