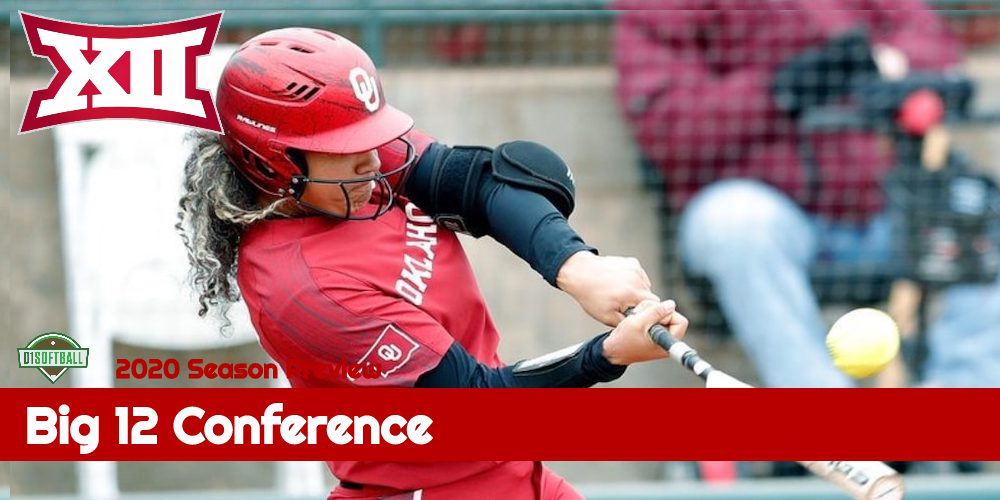 Health and youth will be key components for the Sooners this season. Senior Nicole Mendes will miss at least a portion of the season because of a torn ACL, with an expected return of mid to late March. Giselle “G” Juarez didn’t pitch during the fall, and the Sooners will be relying on her even more with Mariah Lopez having transferred to Arizona. Senior pitcher Shannon Saile was 10-1 with a 1.42 ERA last season, but the rest of the staff are freshmen trying to get up to speed at the college level. Juarez, a two-time first-team All-American, went 28-4 with a 1.39 ERA and 269 strikeouts in her Oklahoma debut last season after transferring from Arizona State. The Sooners reached their 13th Women’s College World Series last season, finishing as runner-up with a 57-6 record. They became the first Big 12 team to go undefeated (18-0) in back-to-back seasons last year, and are attempting to win their ninth straight Big 12 regular-season title. Big hitting junior Joceyln Alo returns (.379, 16 HRs, 56 RBIs last season), as does sophomore utility Grace Green (.359, 17 HRs, 54 RBIs). Junior infielder Taylon Snow transferred to Oklahoma from Auburn, and freshmen Rylie Boone, Mackenzie Donihoo and Kinzie Hansen are expected to see significant playing time.

The Longhorns have one of the strongest 1-2 punches in the circle in senior Miranda Elish and sophomore Shealyn O’Leary. Elish was 18-10 with a 1.81 ERA and 226 strikeouts last season while O’Leary was 14-3 with an NCAA Division I-leading 0.65 ERA. Junior catcher Mary Iakopo is back behind the plate to help guide the staff. In year two under head coach Mike White, Texas returns 11 letterwinners who played at least 41 games last season. Junior second baseman Janae Jefferson batted .408 last season and senior outfielder Kaitlyn Washington had 14 doubles and 36 RBIs. The Longhorns added sophomore transfer Colleen Sullivan from UCLA. Texas is attempting to win its first Big 12 title since 2010 against Kentucky.

The Cowgirls are flush with transfers this season, including senior pitcher Carrie Eberle from Virginia Tech, senior infielder Alysen Febrey from Georgia and junior infielder Hayley Busby from Virginia. Eberle was the ACC Pitcher of the Year last season, going 25-8 with a 1.84 ERA and 164 strikeouts in 201.1 innings. Febrey batted .314 with 36 RBIs and Busy hit .388 with 17 doubles. The Cowgirls reached the College World Series last season for the first time since 2011, and their 45 wins were the most since 1994. They will need to replace emotional leader Samantha Show, who lit fires with her pitching, hitting and bat flips. Junior captain Sydney Pennington and sophomores Chyenne Factor and Kiley Naomi return.

The program is on the rise under head coach Adrian Gregory, who received a new five-year contract extension in July. Tech made its first NCAA regional appearance since 2012 last season, and its 42 wins tied for the second-highest in program history. The Red Raiders spent a program record 14 straight weeks ranked in the Top 25. They return the bulk of their roster, including pitchers Missy Zoch and Erin Edmoundson. Zoch, a senior right-hander, was 18-10 with a 2.71 ERA and Edmoundson, a junior lefty, was 20-15 with a 2.89 ERA. Redshirt senior Karli Hamilton, sophomore outfielder Peyton Blythe, redshirt junior outfielder Heaven Burton, junior catcher Kelcy Leach and sophomore outfielder Zoe Jones are also back. Tech added transfer Maddie Westmoreland, who batted a team-leading .315 for Indiana last season.

The Lady Bears get back two key players following a down season in Waco. Graduate seniors Gia Rodoni and Kyla Walker are returning after sitting out 2019 with injuries. Rodoni was 47-17 with a 2.20 ERA in her first three seasons at Baylor. Walker is Baylor’s all-time career hitting leader with a .422 batting
average. Rodoni’s pitch count will likely be monitored as she returns to the circle following knee surgery in the fall of 2018. Walker should be a spark at the top of the lineup and in the outfield in her return from hip surgery.The Lady Bears are coming off an 18-36 season. But with Rodoni, Walker, Goose McGlaun and Nicky Dawson in the lineup, they have a much better chance of returning to the NCAAs after having an eight consecutive season streak snapped last year..