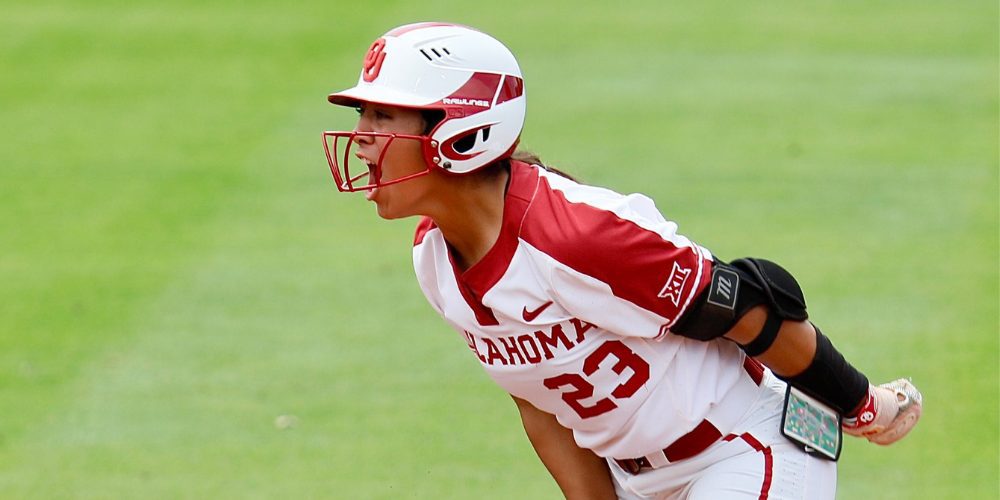 Use code Preseason20 to get 20% off an Annual Subscription, today!

No. 1 Oklahoma leads all teams with four selections — all on the first team. Reigning Player of the Year, Jocelyn Alo leads the way, joined by Jayda Coleman, Kinzie Hansen and Tiare Jennings.

No. 3 Oklahoma State (Kiley Naomi, Hayley Busby and Miranda Elish) and No. 12 Michigan (Alex Storako, Lexie Blair and Meghan Beaubien) each place three players on either the first or second team.

The SEC leads all conferences with five players on the first team and 10 All-Americans overall. The Big 12 has eight All-Americans, including six first-team selections, followed by the Pac-12 with seven overall selections. The ACC (5) and Big Ten (3) also have multiple representatives, while Big East Player of the Year Paige Rauch gives that conference its lone representative.

D1Softball’s staff selects the preseason All-America teams with one guiding principle in mind: to identify the best and most valuable college softball players for the 2022 season.