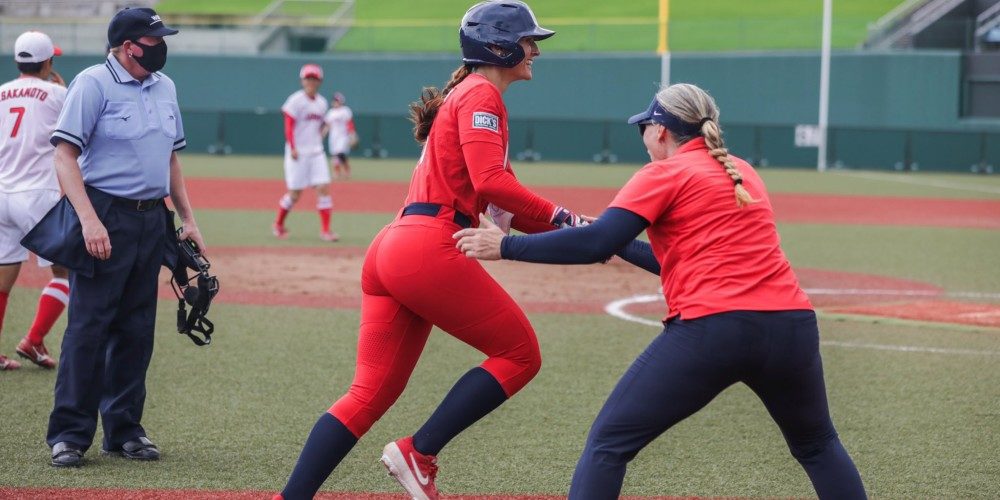 Baylee Klingler belted a three-run home run and UCLA pitchers combined for a strong performance in the circle to help lead the top-ranked United States Women’s National Team to a 3-2 victory over No. 2 Team Japan on Sunday in front of more than 3,200 fans at Azuma Stadium in Fukushima, Japan to even the three-game Japan All-Star Series at a game apiece.