Candrea after his 1600th win

As the two winningest coaches in Division I softball history, Arizona’s Mike Candrea and Michigan’s Carol Hutchins have seen a lot in their careers. They have coached nearly 4,200 games combined over more than three decades.

But neither has experienced anything close to what has happened in the last two days.

In a dizzying pace of massive decisions and announcements due to the coronavirus (Covid-19) outbreak, the college softball season came to an abrupt halt and the Women’s College World Series was canceled.

“I always tell people I remember when JFK got shot and I remember when the Trade Center got demolished. I am not trying to compare those to this, but it’s I’ve never dealt with or could have predicted,” said Candrea, in his 35th season. “It is just kind of weird because it seems like my entire life I have been either finishing a season or getting ready to begin a season, and for the first time I woke up and didn’t really know what I was preparing for and what was ahead.”

After the Ivy League announced it was canceling all spring sports on Wednesday, the bigger dominoes in college began to fall Thursday in rapid succession. Conferences either canceled or suspended play in head-spinning fashion, followed by the biggest blow – the NCAA announcing it was canceling all winter and spring championships, which includes the Women’s College World Series in Oklahoma City.

Hutchins was in the middle of practice when she was summoned to participate in a conference call. She left the field knowing everything would likely be changing dramatically. 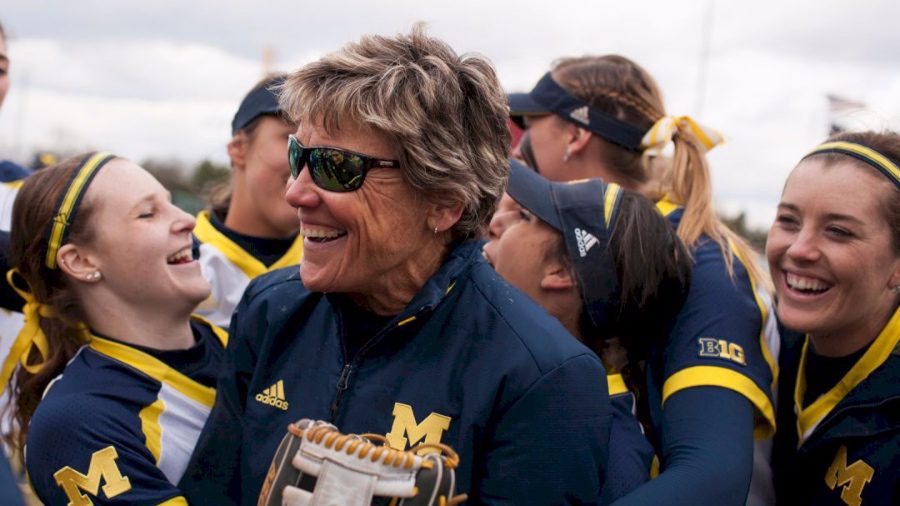 Hutchins had followed the news on how the coronavirus was rapidly impacting the entire sports world, but the realization that her team’s season was over still hit like a ton of bricks.

“I totally believe we have to take all the precautions necessary, but when I got back in the dugout and had to tell my players – that was the hardest thing I’ve ever done,” said Hutchins, in her 36th season. “I have to guide them through it, but at the moment it is really, really hard.”

As seniors mourned the sudden end to their careers, the NCAA extended a ray of hope on Friday by announcing it was granting players an extra year of eligibility given the disruption to their spring season and loss of games.

But even then, there are still many other details to figure out, like if roster size and scholarship restrictions will be lifted and how the extra scholarships will be funded.

“Everyone is for it, but there are a lot nuances we have to take care of,” Candrea said. “Financial aid is a concern with an equivalency sport and how does it impact the kids you have coming in next season when you have kids coming back you didn’t expect. It really kind of rolls all the way into 2021 with commits we have. There are a lot of moving parts we have to look at.”

Louisiana head coach Gerry Glasco spent Friday afternoon meeting individually with each different class in his program. Glasco plans to take everything on a case-by-case basis and let each player determine what is best for her future. 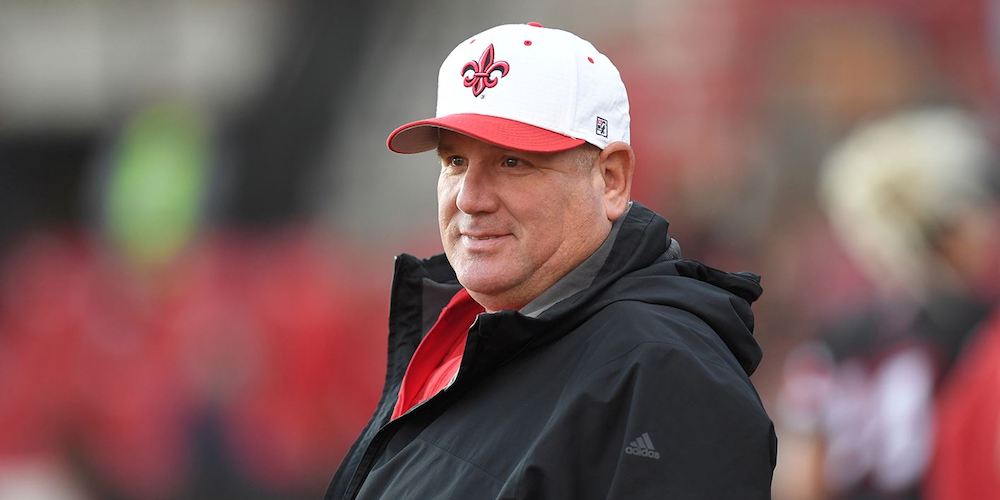 Although Glasco wishes there would have been more time for athletic administrators to establish a more coherent response to the outbreak, he understands an international pandemic can require extreme fluidity.

His perspective on dealing with things that happen in sports was forever changed when his daughter died in a car accident last year.

“Two years ago this would have really hit me. But after losing Geri Ann, this is a big bump in the road. But it is not life or death,” he said. “We lost some softball games this season, but we are going to play again.”

UCLA head coach Kelly Inouye-Perez and her defending champion Bruins have tried to stay positive throughout the constant updates and changes. They plan to still honor their seniors to close out the year and do something in the spring to give back to their fans.

“My No. 1 responsibility is the well-being of my athletes. I also believe adversity creates an opportunity to show how people respond, especially when things are out of control,” Inouye-Perez said. “We will focus on finishing strong in school and taking care of each other during this emotional time.”

Oklahoma State Kenny Gajewski has been supporting his players as they deal with the emotions of having games canceled while helping them understand the bigger picture.

“We are so lucky to coach and play collegiate athletics. It is not a right, its a privilege. We are so used to being in our little bubble that we call ‘softball’ and when that get disrupted it is very hard to deal with,” Gajewski said. “Never in my wildest dreams did I think I would have to deliver news like this to our team. Our thoughts and prayers are with all the world that are battling this virus and with all those who are caring for the sick. We need to do our part in suppressing this disease.” 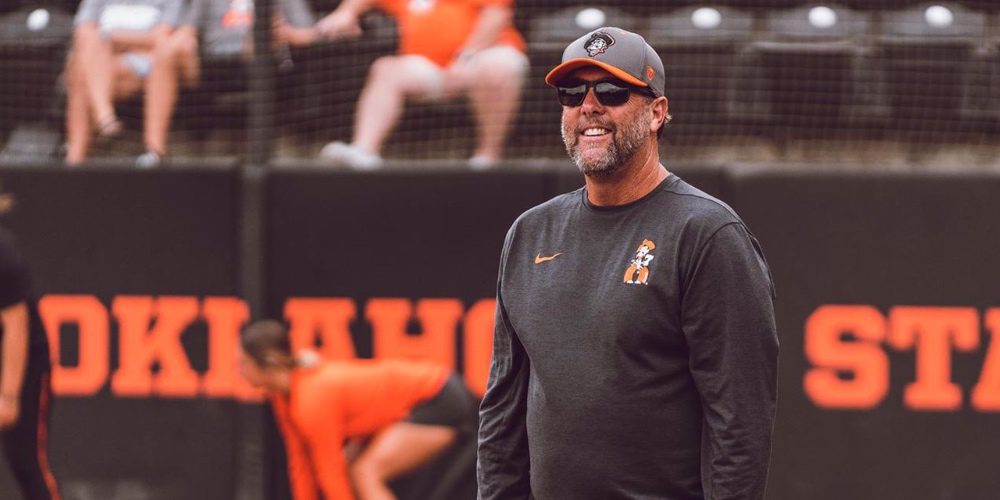 Candrea was on a conference call when he was informed the WCWS, scheduled for May 28-June 3, had been canceled. He was initially surprised, hoping the NCAA was just going to suspend making a decision for a few weeks.

“Right then and there I knew this was bigger than what I thought,” Candrea said. “I pray for everyone making these decisions because they are not easy.”

Florida head coach Tim Walton has struggled to find the right words to comfort his players amidst all the changes and unknowns in their lives.

“When I had to look my players in their eyes and tell them that the rest of our season is probably canceled, that was one of the hardest things I’ve ever done as a coach,” Walton said. “When I had to tell them to stay healthy and take care of those they love away from our softball family, that was hard. Being a high-level competitor is not something you can turn off very easily, but today I am turning it off and asking everyone to spend time with their loved ones and treat everyone with kindness.”

Hutchins wasn’t sure how she would proceed with the spring in terms of practices and meetings. The Big Ten announced Friday that all organized team activities have been suspended until April 6 and will be re-evaluated at that time.

“If the players ever needed a time for us to put our arms around them, it’s now and social distancing is an unfortunate part at this point because I have never wanted to have my team together more than now,” Hutchins said. “They don’t have class, they don’t have athletics and I am highly concerned. They need that structure.”

As much as this has shocked everyone, the coaches know they have no control. Real life is not always fair. Things happen and it’s how you react.

“I am sure down the road this will be a moment in time that maybe makes everyone realize how much can be taken away from you at any moment and don’t take things for granted,” Candrea said. “I always tell kids to play every game like it’s their last game. Well, that kind of came to fruition now. It kind of gave everyone a wake-up call and made them realize how precious softball is.”

It’s why sports – through all its highs and lows – has always been considered a great teacher.

“Every time we’ve lost the last game of the year it feels like the world ends. But you get up the next day and you figure out a way to start again. That is normal in athletics,” Hutchins said. “We learn how to get back up after we fall down, and I think these athletes need to realize they are equipped to deal with adversity and failure. It’s definitely heartbreaking, but there is a lot of heartbreak in the world and ours is just a small piece of it.”