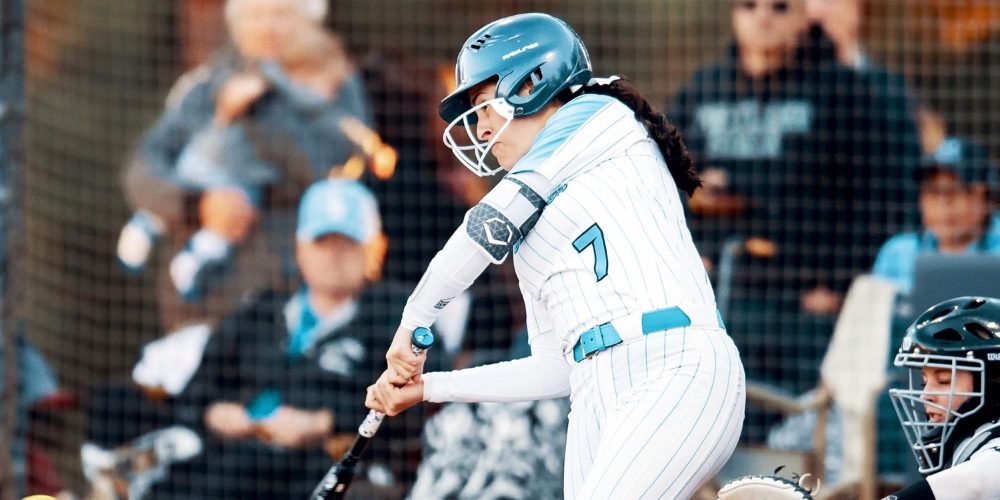 As the news about the coronavirus (COVID-19) outbreak continued to rapidly evolve, Silveyra and her University of San Diego teammates held a practice last Thursday morning.

The team was preparing to travel to play Cal State Northridge, but the first-team All-West Coast Conference second baseman worried it may not happen.

San Diego’s baseball team had been sent back from Washington earlier that morning, and Silveyra and her fellow seniors began “freaking out a little bit” that their season could be called off at any moment.

“I knew it even though I didn’t know it yet,” Silveyra said. “It was kind of emotional and everyone was just having so much fun together because it felt like it would be our last practice together. Everyone was like ‘I love you guys no matter what happens.'”

A few hours later while standing outside a TJ Maxx, Silveyra received the email telling her all athletics at San Diego had been canceled. She knew it meant her career was done.

“It was like time just stopped,” Silveyra said. “It was just the craziest thing. It didn’t feel real.”

Although the NCAA is expected to grant spring sports athletes an extra year of eligibility, Silveyra doesn’t plan to return. It may seem crazy to some outsiders. Why wouldn’t a player return to play the sport they love?

But it’s not that simple for many seniors across the country.

Silveyra has already been accepted to graduate school in the fall and doesn’t want to back out of that opportunity. Softball programs only have so much scholarship money to spread around, and paying for another year of school isn’t easy if the aid package doesn’t cover as much in the future.

“The reality is a lot of programs are not fully funded, so we can’t afford to have a bigger roster and my scholarship would never work out,” Silveyra said. “It’s really awesome if some of the bigger schools can afford it. That’s great for those players. But it is hard for me to think about putting my life plans on pause. Obviously I love softball, but I had planned my life around it being done after this season.”

After Silveyra and Delaney Heller and Savannah Shields received the email about the season being canceled, the senior roommates stopped for some acai bowls before heading to a meeting on campus.

“We were just sitting at this table crying and people around us were looking at us like we were crazy,” Silveyra said. “There were tears streaming down and we hadn’t said a word to each other.”

Once they got on campus to meet with the rest of the San Diego athletes, “Our coach came over and hugged us and held us and it was like ‘is this really happening?'” Silveyra said.

The softball team eventually held its own private meeting in the locker room. The players let their emotions flow and were allowed to say anything they wanted.

They provided tributes to teammates and made confessions to the coaching staff, which was in the middle of its first season with their players.

“The new coaches did something for this team that I didn’t think was possible and it was just so hard because we were barely getting started,” Silveyra siad. “We hadn’t even played our first conference game and everyone was just so heartbroken.”

Given all the frightening news surrounding the COVID-19 pandemic, Silveyra managed to find perspective about her loss in softball.

“I started to look at the big picture and how sports stopping was benefiting people’s health, because it’s easy to walk around feeling sorry for yourself,” she said. “But this is just life. We are never guaranteed anything. We aren’t even guaranteed tomorrow.” 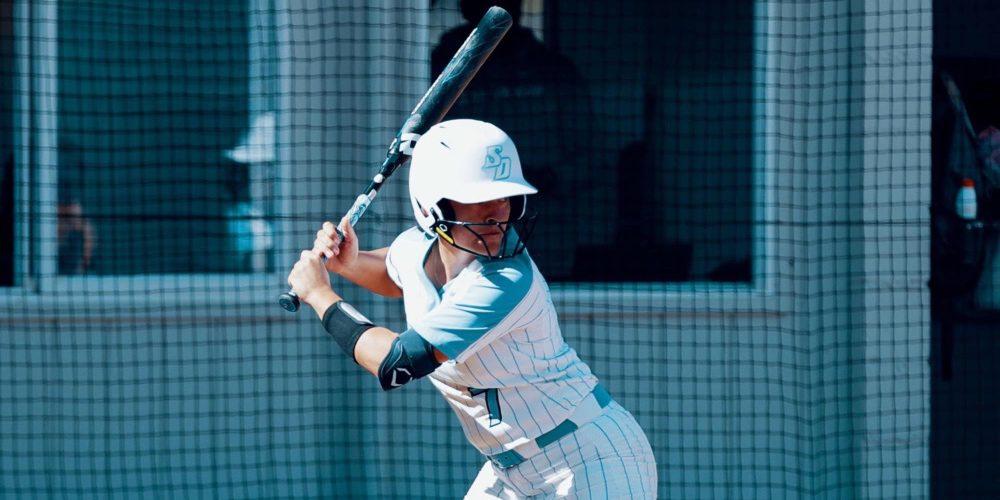 Sara Silveyra ends her career as toughest to strike out.

Silveyra majored in English and Theology at San Diego, and is attending grad school at Cal Lutheran University with aspirations to become a high school counselor.

She called San Diego her “dream school,” and has no regrets about anything. She loved her classes and she loved playing softball.

The premature end to the season did guarantee Silveyra one special distinction. She will end her career at the top of the NCAA statistics for “Toughest to Strike Out” this season. Silveyra had zero strikeouts in 82 at-bats.

Silveyra never expected her Division I career to end so abruptly. She expected to field her last ground ball and step in the box for her last at-bat in May.

But she has plenty of good memories to reflect on and can share her experiences with the kids she will counsel in high school. As for ever playing the sport again?

“I am going to look for some slow-pitch leagues,” Silveyra said. “Softball will always be near and dear, but I know I am done.”