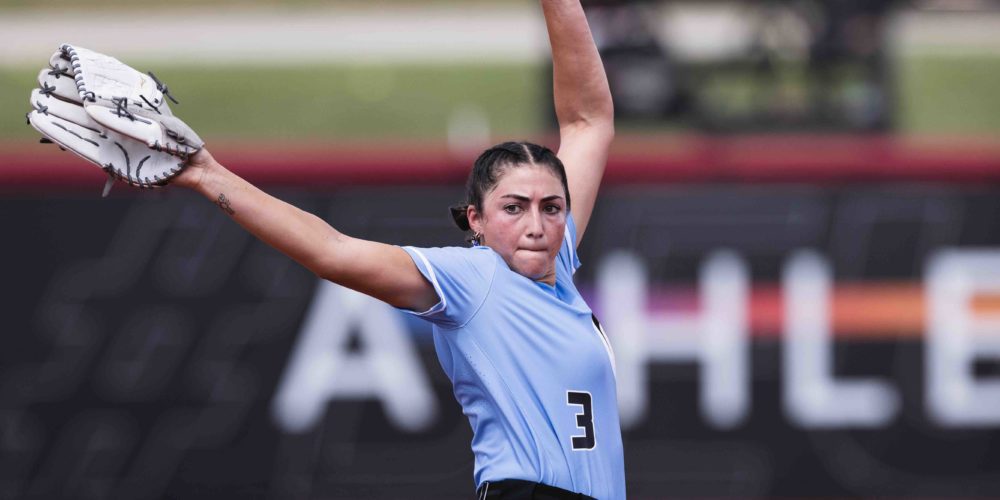 Danielle O’Toole started the summer as the inaugural AUX champion. Having already announced her impending retirement, she finishes the summer as the No. 1 pick in the final draft of the Athletes Unlimited championship season.

But will O’Toole be able to propel either herself or team captain Haylie McCleney past overall leader Dejah Mulipola and other contenders for the AU title?

In trying to sculpt the rosters that will determine a champion, the quartet of Week 5 captains leaned on pitching early in the final weekly draft. In addition to O’Toole at the top of the draft, Rachel Garcia went No. 2 to Team Denham and Taylor McQuillin went No. 4 to Team Mulipola.

Only Team Chidester bucked the trend, as captain Amanda Chidester made her customary first-round pick of fiancee and reigning defensive player of the year Anissa Urtez. And even Chidester went with pitching in the second round, selecting rookie Mariah Mazon at No. 6.

Team Mulipola led off the second round by taking Hannah Flippen with the No. 5 pick, while Team Denham selected Amanda Lorenz at No. 7 and Team McCleney selected Peyton St. George at No. 8.

Mulipola opted for familiarity. She also selected McQuillin early in the Week 4 draft, a somewhat surprising move looking purely at this season’s numbers. But her former Arizona teammate came through all weekend, most of all with four clutch relief innings to secure a win Sunday that ensured Mulipola entered this week with a cushion. Also returning from last week’s squad are pitchers Odicci Alexander and Shannon Saile, infielders Lilli Piper and Sydney Romero and outfielder Victoria Hayward.

While McCleney was surely motivated purely by taking the best pitcher on the board, a byproduct of her first pick is that it gives O’Toole her most viable path to doubling up her titles this summer. In order to move ahead of any captain who selected her, O’Toole would have to outscore that person solely in stat and MVP points – all players on a given team receive equal win points. But that’s easier for her to do with McCleney (a 90-point deficit) than it would be as Mulipola or Chidester’s teammate.

Entering Week 5, Mulipola leads Chidester by 98 points on the overall leaderboard, with Denham and McCleney tied for third, 146 points behind Mulipola.

In other words, it isn’t impossible for one of the other captains to catch her – but it won’t be easy.

Here’s a look at other highlights from the Week 5 draft: