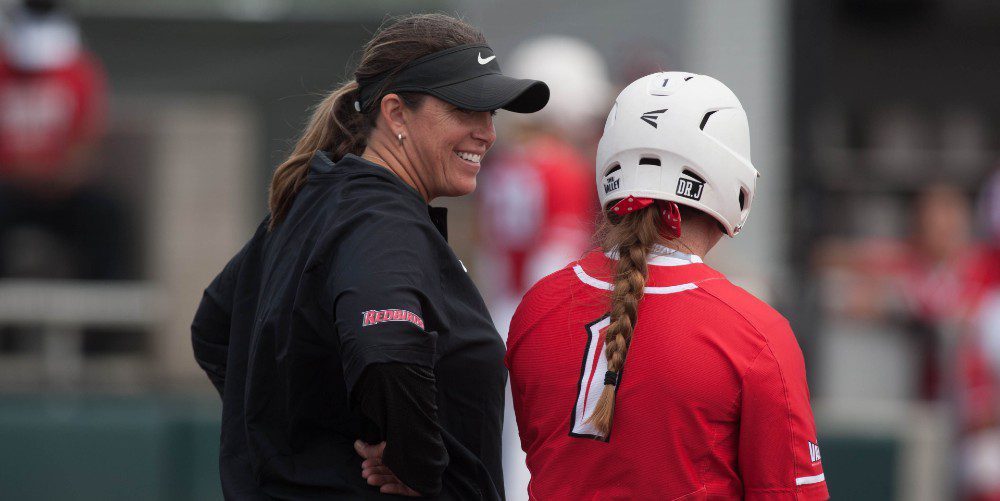 The winds of change are prominent in college athletics these days, and the legislative items that once seemed like merely a dream are closer to becoming reality.

That’s precisely the case with the ongoing fight to turn the volunteer coach in Division I Softball into a third and full-time paid position, with perhaps even more on the table.

The NCAA Division I Council on Thursday agreed to discuss and formally vote on legislation that would give schools the ability to turn all volunteer positions across every Division I sport, including baseball and softball, into a full-time paid position, thus giving baseball in particular three full-time assistants plus the head coach. The Council also is considering a proposal from the NCAA Transformation Committee — based on a recommendation from the American Baseball Coaches Association and National Fastpitch Coaches Association — to add a fourth full-time paid assistant for baseball and softball. The ability to to pass that proposal has less certainty, and sources believe it’s close to 50-50.

The primary legislation will go to a formal vote in January, likely at the NCAA’s Annual Convention, which is being held in San Antonio. It must be approved by the Division I Council. Once approved, the NCAA Board of Governors would place their stamp on the legislation. The legislation is expected to pass and would go into effect in August 2023. The fourth paid assistant aspect of the legislation is very much up in the air at this point. The NCAA is tackling this topic again for a variety of reasons, one of which points to potential antitrust issues in regards to restricted earnings and unpaid positions.

The renewed hope for an additional full-time assistant in Division I Softball hopes to patch up some old wounds left behind by the disappointment back in 2019. That year, the American Baseball Coaches Association, NFCA and some conferences fought hard to convince conferences across the country to vote ‘yes’ on legislation that would allow schools’ baseball and softball programs to have the option to turn the volunteer position into a full-time paid position with the ability to go on the road and recruit.

However, that legislation was defeated at the D1 Council level with the Big Ten Conference and , shockingly, the Big 12 Conference, leading the charge against the legislation. This go-round, every sport — not just baseball and softball — would be included in the legislation. The environment now also is more ripe for legislative approval.

Today’s action confirms what we have heard for a few months now, and it’s that there’s a lot of momentum surrounding the transformation of a volunteer coach into a full-time coach, along with potentially more changes.

For instance, the NCAA Transformation Committee has discussed concepts that would give schools an ability to hire an unlimited number of coaches and add scholarships to sports such as baseball and softball. The scholarships piece will be kicked down the road to some degree — the red tape surrounding that type of move is massive. However, the increased coaching cap is a more realistic legislative item.

Sources don’t expect there to be ‘unlimited’ coaches in Division I baseball or softball anytime soon. And frankly, I don’t like the idea of one school having eight coaches and another having three or four coaches. The sweet spot, at least for baseball and softball, is to have five full-time coaches with an ability to allow anyone on staff to engage in on-field instruction.

The ABCA this past summer surveyed Division I coaches across the country, and the group overwhelmingly recommended having four full-time assistants to go with five total paid coaches. The recommendation, which was submitted to the NCAA Transformation Committee, wasn’t to allow programs to send more coaches on the recruiting trail. Instead, the goal is to provide more instruction and improve the coach-to-player ratio, which is 1:12 in baseball. Every other major sport at the Division I level has a ratio of 1:8 or better.

As for Thursday’s news, it’s a sign of renewed hope for college softball and hundreds of coaches out there who have done all the same hard work as other full-time coaches, only to be limited in what they can earn with only pay from camp and other minimal avenues.

The news doesn’t guarantee that the legislation will be passed in January. The tea leaves suggest at least one aspect — the most important one — will. But there’s more reason than ever to believe that change is finally on the horizon when it comes to the number of full-time coaches on staff.

Now, we await the vote in January.