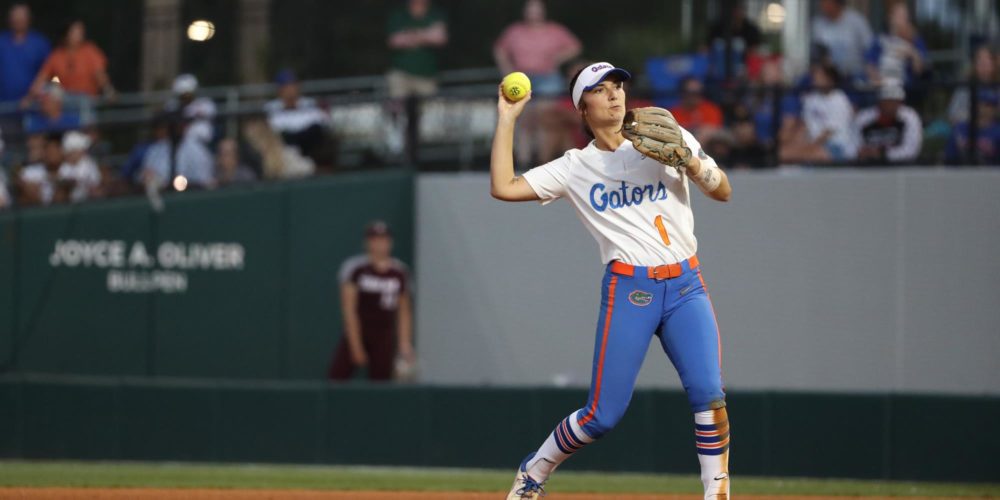 The SEC may only have one team on the field in the Women’s College World Series, but the conference led the way in the inaugural Rawlings Gold Glove Awards. Winners of the iconic defensive honors were announced Wednesday in Oklahoma City.

Florida second baseman Hannah Adams, LSU outfielder Ciara Briggs and Missouri shortstop Jenna Laird and outfielder Casidy Chaumont made up nearly half the lineup of award winners, with Missouri the only team to place two players on the list.

Prior to the demise of National Pro Fastpitch, Rawlings awarded a single Gold Glove to a professional player each year. Former LSU standout A.J. Andrews won the first ever Gold Glove awarded to a softball player in 2016, while playing for the NPF’s Akron Racers.

Selections were made by the NFCA Division I All-American Committee.