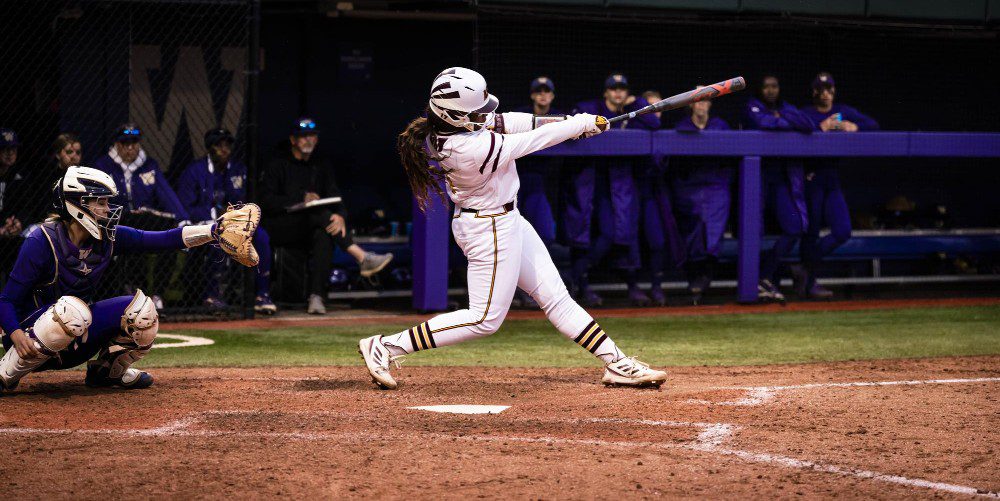 While the college sports world waits to see if her former school may soon follow her lead, Cydney Sanders is heading to the Big 12. The former Arizona State standout is transferring to two-time defending national champion Oklahoma, according to the player’s social media post.

Sanders was honored as Pac-12 Freshman of the Year after a sensational debut season with Arizona State. She ranked third nationally with a .952 slugging percentage, trailing only former Oklahoma slugger Jocelyn Alo and Wichita State’s Addison Barnard. Sanders also ranked fifth in the nation in on-base percentage (.566) and 12th in home runs (21). She and Washington’s Baylee Klinger were the only players in major conferences to hit at least 21 home runs without the benefit of reaching the super regional round of the NCAA tournament.

Her arrival means that the Sooners will have two of the nation’s top four returning players in slugging (Sanders and Tiare Jennings) and on-base percentage (Sanders and Jayda Coleman).

Sanders was one of many Arizona State players who entered the transfer portal following former coach Trisha Ford’s departure for Texas A&M. She’s the second to choose the defending national champions after Alynah Torres previously announced her intention to join Oklahoma.

Sanders and Torres combined for 262 total bases, 37 home runs and 103 RBIs in 2022, allowing the Sooners to restock with proven run production to replace Alo – assuming Patty Gasso can find a place in the lineup for everyone in her ever-expanding talent pool.

At Oklahoma, Sanders and Torres will face former teammate Mac Morgan in the Red River Rivalry, after the pitcher transferred to Texas.

Check all the offseason movement in the D1Softball Transfer Tracker.