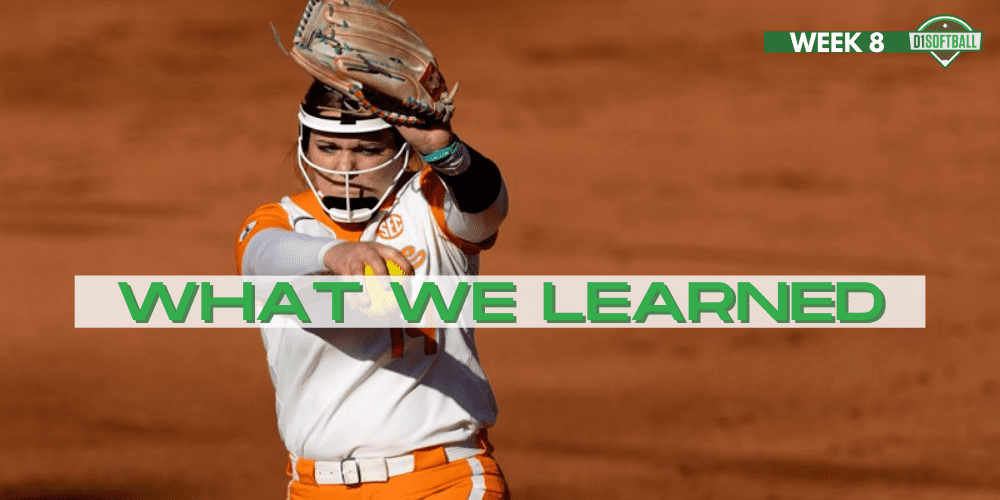 What We Learned: Week Eight

Oregon and Washington are very good when Brooke Yanez and Gabbie Plain, respectively, has the ball in the circle. The thin margins of a title may come down to what happens the rest of the time. Yanez started and won three games against Oregon State, but the Ducks (who were without Alyssa Brito all weekend) lost the other game. Plain also won three games in a sweep of Cal to improve to 17-0 with 0.98 ERA. But Washington has a 4.55 ERA when she isn’t pitching.

The same can be said about Tennessee with Ashley Rogers in the circle. The[…]