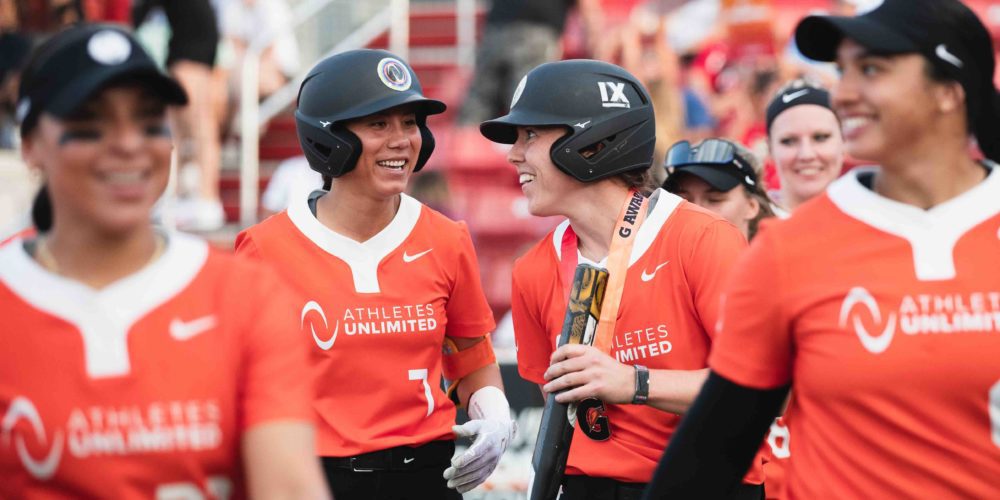 Olympians dominated the first round of the Week 3 Athletes Unlimited draft, but Team USA alumni had to wait their turn.

Team Chidester and Team Jaquish selected former Mexico teammates Anissa Urtez and Danielle O’Toole with the No. 1 and No. 2 picks, respectively. Former Team USA teammates Rachel Garcia and Hannah Flippen (an Olympic alternate) came off the board with the final two picks to Team McCleney and Team Mulipola, respectively.

There are ample connection points between the captains and their top picks. Chidester and Urtez are engaged, with the former Michigan star also selecting the former Utah standout in the first round of the Week 1 draft. Meanwhile, McCleney and Mulipola played plenty of USA games alongside Garcia and Flippen over the years.

Urtez, O’Toole and Garcia have all been selected in the first round of every draft this season.

With the draft order reversed in the second round, Team Mulipola selected reigning champion Aleshia Ocasio with the fifth pick. Outfielders Amanda Lorenz and Bubba Nickles went sixth and seventh to Team McCleney and Team Jaquish, respectively. Team Chidester wrapped up the second round by selecting catcher Erika Piancastelli.

A captain the first two weeks and the overall leader entering play Saturday, Carrie Eberle endured a difficult final day of Week 2 and slipped out of the captaincies. She was selected by new overall leader Mulipola with the first pick of the fourth round.

Week 3 was the first draft in AU history without a pitcher as a captain. Pitchers won the first two AU titles, as well as the inaugural AUX title.

Among other highlights from the Week 3 draft:

The four leading scorers in Week 3 will serve as captains and draft teams for Week 4.

Below are the draft results, full rosters, schedule and broadcast details for Week 3.