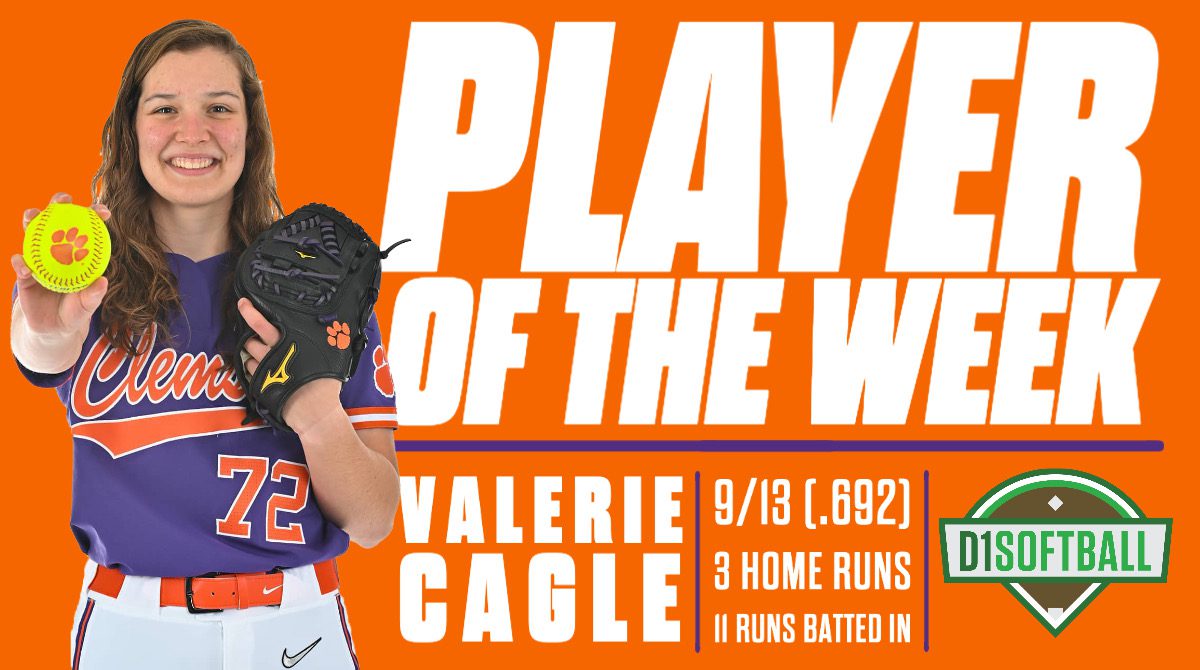 D1Softball’s Player of the Week is Clemson’s Valerie Cagle. The freshman utility/pitcher made a strong Atlantic Coast Conference debut, hitting a first grand slam, a three-run home run and a walk-off solo home run to help Clemson sweep Virginia in the first-year program’s inaugural ACC series. Cagle hit .692 for the series, going 9 for 13 with three home runs and 11 RBIs. The Virginia native is batting .413 in 21 games with nine home runs and 29 RBIs.

“We couldn’t be prouder of Valerie’s performance both in the circle and in the batter’s box last week. She pitched a complete-game three hitter against a top-15 team, she hit a walk-off home run, a three-run home run and then a grand slam – not bad for a true freshman,” Clemson head coach John Rittman said. “Valerie is a natural ballplayer and it shows every time she steps out on the field. But what’s most impressive about Valerie is how she conducts herself on and off the field. We’re very blessed to have her on our team.” 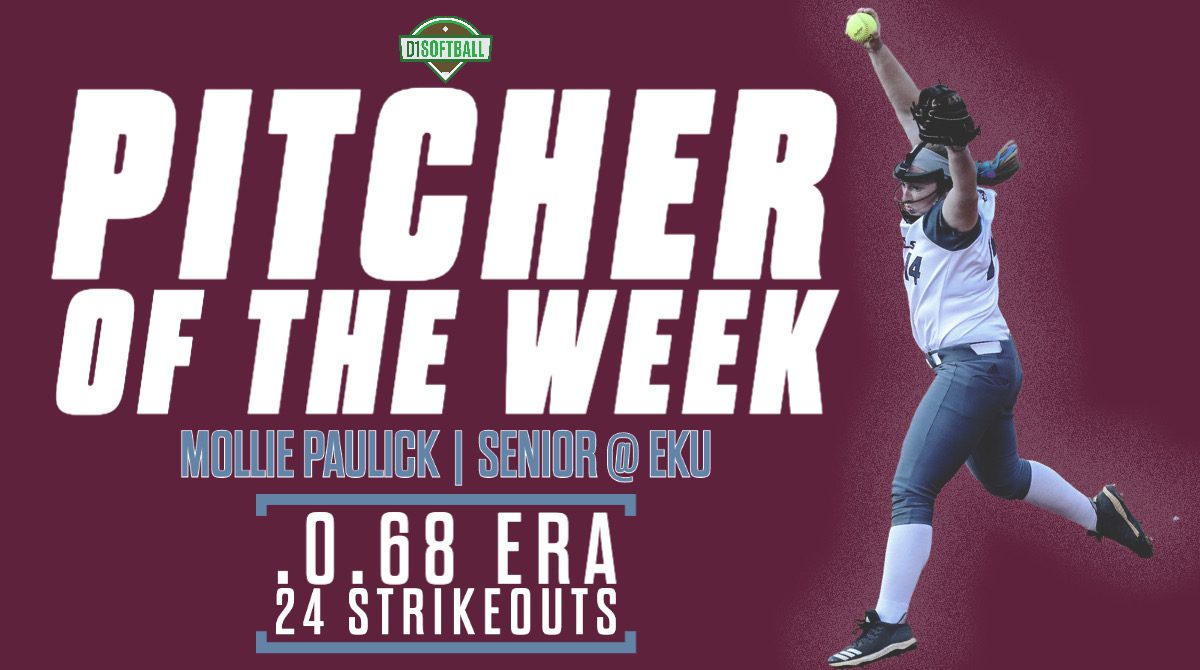 D1Softball’s Pitcher of the Week is Eastern Kentucky University’s Mollie Paulick. The senior right-hander went 4-0 with a 0.68 ERA and 24 strikeouts in 20.2 innings pitched. Paulick recorded 10 strikeouts in 6.1 innings against Southern Miss. EKU is off to its best start in program history with a 17-2 record, including a 13-game winning streak. For the season, Paulick is 9-1 with a 1.29 ERA, 81 strikeouts and 13 walks.

“Mollie has an array of pitches that possess both speed and movement. She has worked very hard to achieve her accomplishments and she isn’t finished yet,” EKU head coach Jane Worthington. “She is a good person, a great teammate and we are lucky to have her.”