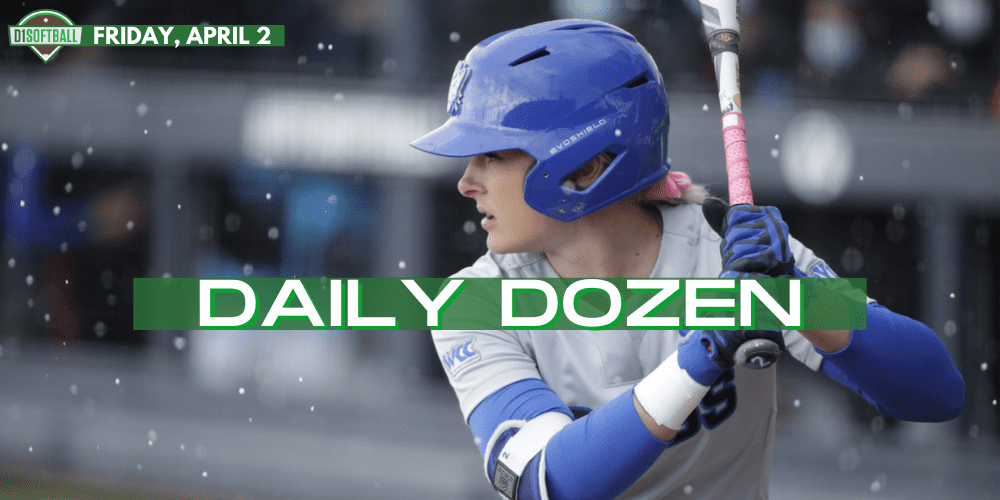 1 Sweeping a Power 5 Conference program seems like a fitting way for BYU head coach Gordon Eakin to notch career win No. 700. The Cougars handed Eakin his coaching milestone by beating Baylor twice by identical 7-5 scores on Friday at Gail Miller Field. The victories completed a three-game sweep of the series for the Cougars. Eakin holds the highest number of wins of all active BYU head coaches at the school. Although BYU has usually been able to beat a few Power 5 programs each season, the bigger wins have largely eluded the Cougars this season. They have lost to Arizona State, Utah, Washington, Arizona, Oregon State, Stanford and Texas. The only win over a Power 5 program this season before sweeping Baylor was Cal.

2. If you hear someone say there are no easy games in the Pac-12, they’re talking about Friday in Salt Lake City and Corvallis. More on the second of those in a minute. Previously winless in conference, Utah beat Arizona State 6-4 in the middle game of what is now a three-game series (the teams canceled a fourth game due to what was described as non-COVID-related roster limitations for the Sun Devils). Halle Morris starred for the Utes, giving nearly six solid innings in the circle and driving in two runs with a double. The loss drops Arizona State to 3-5 in the Pac-12, not necessarily out of contention for the title but within shouting distance.

3. Friday wasn’t a bad day for either Oregon or Oregon State after they split a doubleheader. Oregon State, of course, got a convincing 8-1 rivalry win — but also a key win as it fights to stay above .500 against the relentless grind of the Pac-12 schedule. Oregon may or may not cede a spot or two in the polls as a result, with Saturday’s series finale still to come, but a 4-0 win in the nightcap offered further proof that Brooke Yanez is a stopper. After striking out 15 in a three-hit shutout in Thursday’s opener, she struck out seven in a three-hit shutout Friday to improve to 12-0.

4. Amanda Ayala may not get as much national attention, but she’s been putting up consistently good numbers for Tennessee and coming through with clutch hits all season. The senior hit the go-ahead two-run home run to lead the Lady Vols to a 6-1 win over visiting Kentucky in the series opener. Ayala’s eighth home run of the season gave the Lady Vols a 3-1 edge in the fifth inning. Ashley Rogers got the win for UT, striking out 10 in the complete-game one-hitter. Ayala is batting a team-leading .408 with 26 RBIs and 31 runs scored.

5. A day after breaking the Arkansas single-season home run record, Braxton Burnside went about making the job more difficult for anyone who wants to do the same. Burnside hit her 18th home run in Thursday’s win against Auburn, breaking a tie with Nicole Schroeder for the single-season record. She hit her 19th in Friday’s 3-0 win — a win in which she also hit two doubles and drove in all three runs. She’s now just the 10th player at Arkansas to reach 100 total bases in a season. And we remind you, it’s April 2. If you missed it, here is Thursday’s record-breaker.

6. Speaking of Arkansas, while Hailey MacKay started her college career there, it’s safe to say she found the right fit in four seasons at Texas State. MacKay has the third-best career batting average in Texas State history, but few of the hits that got her there offered as immediate a reward as Friday’s walk-off home run in a 3-2 win against Coastal Carolina. That blast clinched the Sun Belt series sweep and extended the Bobcats’ winning streak to 17 games.

7. Walk-off glory one week can be walk-off misery the next week. Just ask UCF, which sat atop the college softball world last week after walk-off wins against both mighty Florida and not-as-mighty-but-conference-relevant Houston. It is on the brink of losing a conference series after Tulsa’s Aubree Seaney hit a two-run blast to seal a 5-4 win in the first game of Friday’s doubleheader. UCF rallied to win the nightcap, but Tulsa leads the series 2-1. In Friday’s first game, UCF seemed to summon more of its magic when Shannon Doherty’s three-run home run turned a deficit into a 4-2 lead in the sixth inning. But home runs from Kylie Norwood and Seaney in the seventh changed all that.

8. That’s one way to start a new month. Saint Louis closed March on a 10-game losing streak, outscored 42-6 in its opening A-10 series against George Washington last week. The Billikens started April by run-ruling Dayton 15-0 behind a perfect game from junior Chloe Wendling — who suffered through perhaps the longest weekend of all against George Washington. Wendling struck out three batters Friday for her first win of 2021. Unfortunately for Saint Louis, there will be no matching winning streak. Despite nearly three more innings of shutout relief, the Billikens lost the nightcap 9-7.

9. Perfection Part II: Fordham sophomore Devon Miller threw the sixth perfect game in program history in an 8-0 five-inning win over La Salle. Miller struck out 12 batters over the five innings to become the third Fordham player to achieve perfection in the circle.

10. The Missouri Valley Player of the Year in 2019 and watch-listed for USA Softball Player of the Year, Northern Iowa’s Sammey Bunch has had some good days in five years in Cedar Falls. She hasn’t had any better than Friday. It might not be mathematically possible. Bunch had nine plate appearances in a doubleheader against Evansville. She reached base all nine times, drove in eight runs and scored eight runs. She hit two home runs and a double and stole a base. And after scoring 44 runs in the entirety of March, Northern Iowa scored 36 to sweep April 2.

11. Redshirt junior Sam Russ broke the N.C. State career record for stolen bases by swiping her 87th in a victory over N.C. A&T. The speed Russ used to get there doesn’t just describe her legs moving. She needed only 153 games to get 87 stolen bases, compared to 258 games by former record holder Shanna Smith (2005-08). Russ still has the remainder of this season and her senior season to push her total much higher.

12. It wasn’t a perfect game, but the day’s best pitching performance likely belonged to Fresno State’s Hailey Dolcini. She faced one over the minimum in a no-hitter against New Mexico, but she also struck out 18 batters. It’s Dolcini’s third no-hitter of the season but her first of the seven-inning variety.

ICYMI: In a busy Thursday night of college softball, Arizona’s Alyssa Denham no-hit Stanford. It’s the second no-hitter this season for Arizona and the 95th in program history. That marks the latest entry in yet another iteration of the Arizona-UCLA rivalry, with the Bruins sitting on 114 no-hitters (the NCAA doesn’t track no-hitters by teams, so both totals are school counts). To give you some idea of the statistical absurdity of all of this, the entire SEC had just 96 more no-hitters entering this season than Arizona and UCLA combined.

BONUS: Chyenne Factor with a #D1Top10 play to save a run.