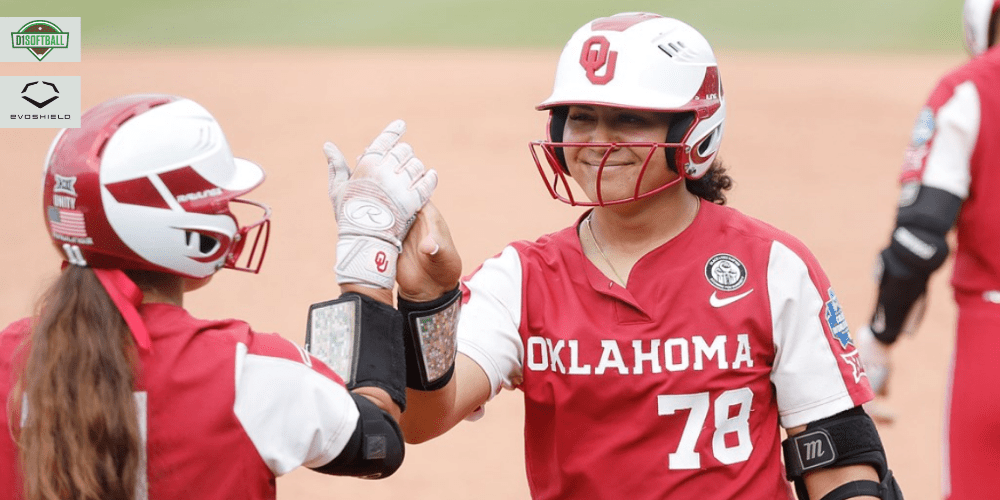 Jocelyn Alo knew it was only a matter of time.

Despite the Sooners trailing by a run in the sixth inning and facing the potential end of their season, Oklahoma’s senior slugger remained calm.

Alo was feeling good at the plate the whole game and just needed to find a pitch to hit hard.

Alo belted a go-ahead two-run home run that sparked OU’s potent offense and helped the No. 1 Sooners stave off elimination yet again with a 6-2 victory over No. 10 Florida State in Game 2 of the Women’s College World Series final on Wednesday night.

The teams will meet in a winner-take-all championship game on Thursday afternoon at 3 p.m. ET (ESPN). It’s the first time in WCWS history that all 17 games will need to be played, a fitting conclusion after a 2020 season without the event.

Alo’s bomb over the right centerfield wall unlocked the OU attack and triggered a four-run sixth inning that gave the Sooners their first lead of the final series.

“I saw it and I smacked it,” Alo said simply of her approach.

“Offensively we were just not having a lot of success, and Jocelyn is always the shot in the arm. She’s the one in everybody’s ear,” Gasso said. “It could be really easy for a hitter like her to just say, ‘you know what, I’m that good and nobody else is. What are you guys doing?’ And she’s right in the middle of this. She is right in the middle of this team and trying to help them get rallied. She’s not too big for these guys.”

OU was in an early 2-0 hole after FSU’s Elizabeth Mason homered in the first inning. Jana Johns got a run back for the Sooners in the third inning on a home run.

Before the big inning of offense, Gasso gathered her team in the dugout to calm the players down and remind them to practice their breathing techniques.

Freshman Tiare Jennings got on base to lead off the sixth with an error by FSU shortstop Josie Muffley on the throw to first base.

Alo stepped to the plate and crushed an outside drop ball from FSU starter Kathryn Sandercock on an 0-2 count into the stands. The Hawaiian raced around the bases as the OU-dominated crowd, which included head football coach Lincoln Riley, exploded with cheer.

“I did know it was out,” Alo said. “And I think the last time I circled the bases that quickly was probably my freshman year, my first-ever home run.”

“Maybe I should have thrown an inside pitch. Hindsight is 20-20,” the redshirt sophomore said. “She’s a great hitter. It’s hard to be upset with yourself when Jocelyn Alo hits a home run off of you. So, tip your cap. It was a hard pitch to hit. And she hit it hard.”

After Alo’s momentum-generating home run, Kinzie Hansen and Nicole Mendes followed with back-to-back singles and Mackenzie Donihoo and Jayda Coleman drove them both home with RBI singles up the middle for a 5-2 lead that secured OU’s fifth elimination game win of this year’s WCWS.

Gasso is never surprised by anything Alo does at the plate. She knows how hard she works at her craft and how much winning means to her.

Down to the final game of the season on Thursday, OU may need another clutch hit and she’s confident Alo can come through.

“She is very, very unfazed by anything, and she believes that she can beat any pitcher anytime, anyplace. And she usually does,” Gasso said. “And that is Jocelyn. She’s very, very prideful of her hitting, and it bleeds into our team.”